OK, they're finally finished. When I left them last night there were just two steps to go - spray with matt varnish and flocking the bases.

So, lots of pretty pics:

All of them together: 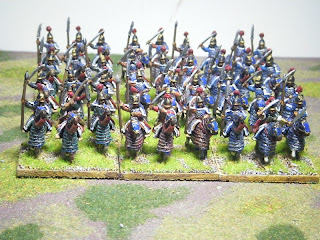 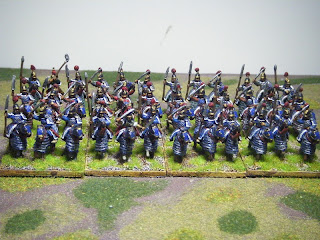 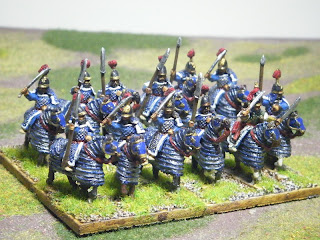 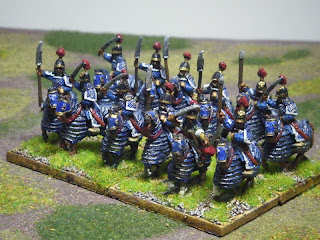 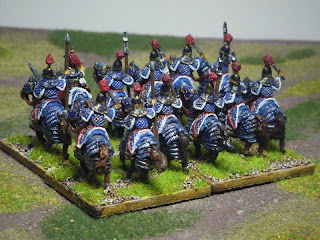 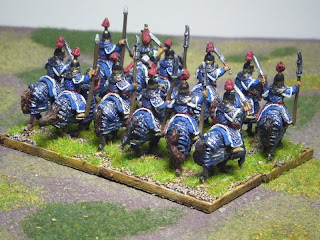 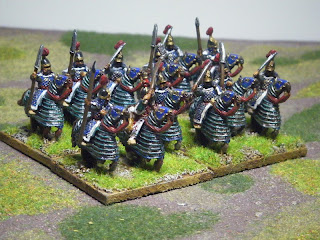 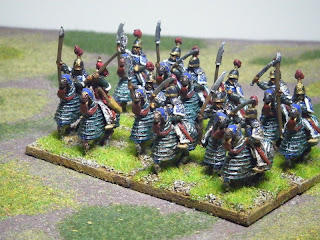 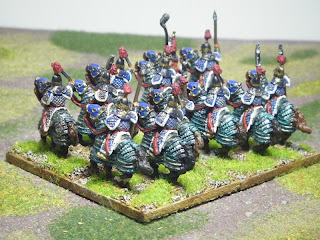 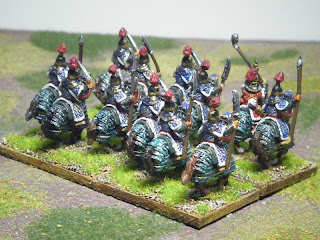 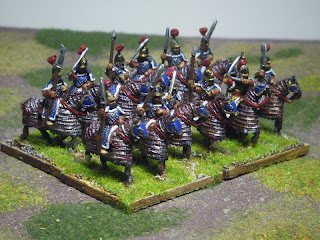 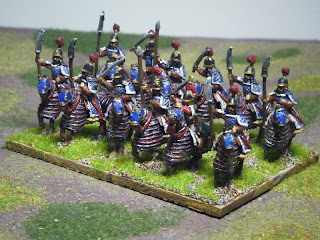 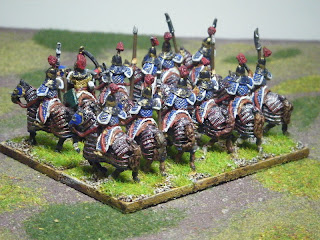 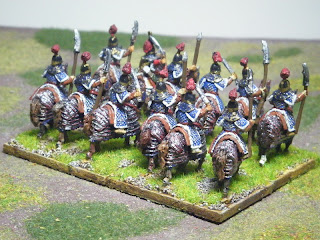 36 Singi Guard Cavalry - these are coming along nicely. With a bit of luck I'll be able to get the painting finished tomorrow and the basing done on Sunday.

48 Kwang Gun Foot - I'll start these on Sunday and hopefully will finish painting  them on Monday, with the basing to be done on Tuesday

4 Command Stands (4 mounted, 12 foot) - I'll be starting these tonight and doing bits and bobs to them as breaks from painting the cavalry and foot.

I've only got a week left to get these finished, which does mean that I won't get a practice game in with them before Campaign. Nothing like turning up to a tournament with an army you haven't used before. Fortunately the cavalry are lancers which I do have experience with, but I've not used medium foot before (in FoG:AM - I've used them in FoG:R) so I'll need to learn how to use them properly in the first couple of games.
Posted by TamsinP at 19:58