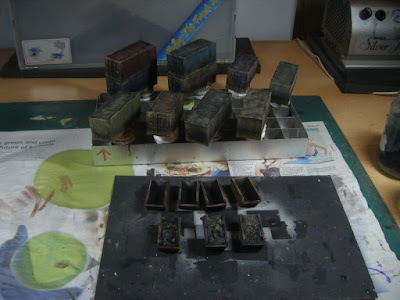 I've been working slowly and steadily on the skips and containers. The skips are finished; the containers just need to be varnished.

I didn't take a trip into central London yesterday, mostly because I had a very late night on Monday. I should be going tomorrow instead.

My copy of ADLG V4 arrived in the post yesterday: 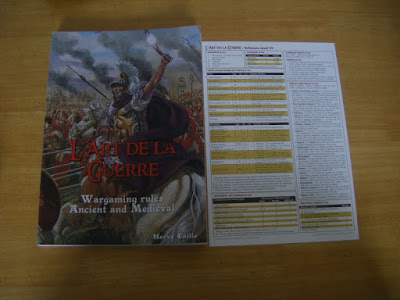 I haven't had a chance to go through it properly yet to pick out the changes from V3. I will need to do that before the next podcast recording.

Episode #77 of the Madaxeman podcast was recorded last Monday and published on Friday. We had been hoping that everyone would have received their brand spanking new copies of V4 of Art de la Guerre and that we would be able to have an informed discussion of the changes. However, printing/shipping delays and then Customs delays (thanks, Brexit!) combined to make that impossible.

Nonetheless we did persevere and have some discussion of the changes that the author talked about on someone's blog. That segment replaces (the yet to be complained about by our listener) "I'm Sorry, I Think You're An Arse" for this episode.

The ADLG segment is sandwiched between the usual ramblings about what we have all been painting and Andy's Quiz.

NB - the rulebooks have arrived at North Star and they have started posting them out. Hopefully we will all have received our copies in good time to have read them and have a vaguely informed discussion by the time we record the next episode.

Email ThisBlogThis!Share to TwitterShare to FacebookShare to Pinterest
Labels: Podcast 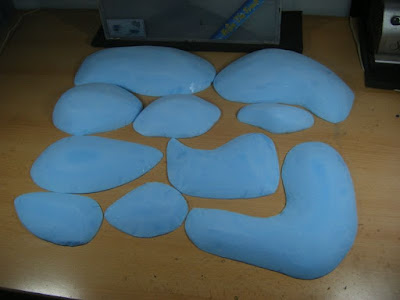 On Thursday I made a start on the hills. I managed to cut out the ones from the 25mm and 50mm thick sheets, but hit a snag with the 75mm thick sheet - the AC adapter for my Foam Factory cutters seems to be knackered and no current was making it through to the tools (I'd used my battery powered cutter to do the thinner sheets). I carried on with the battery powered cutter and shaped the ones I had cut out, then sanded them down.

In the evening I took a look on t'internet to see if I could buy a new AC adapter for my Foam Factory cutters but couldn't find one. Instead I decided to order a new cutter off Amazon, one which Big Lee had done a review of on his YouTube channel. It arrived yesterday afternoon: 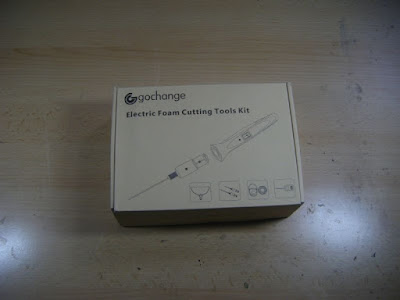 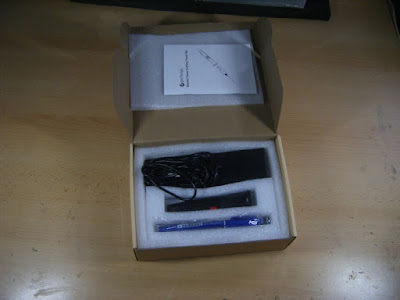 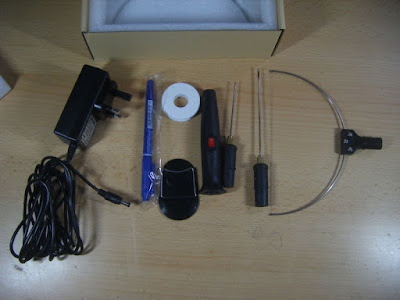 I decided to try it out almost straight away. It worked like a dream, cutting through the 75mm XPS foam with ease. I very quickly had the rest of the hills cut out and shaped: 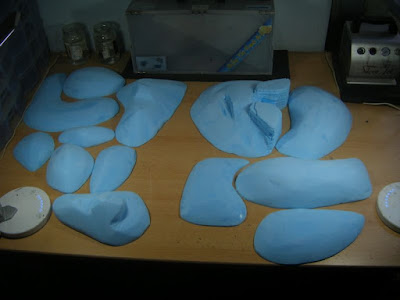 It has also left me with a load of offcuts which should be usable to make smaller rock formations. 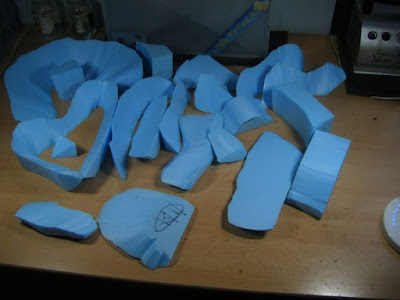 And a lot more that won't be any use: 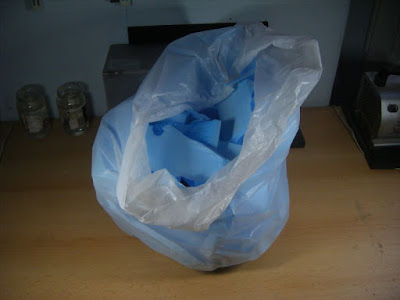 The next stage for the hills will be to stick the foam down onto bases. As none of them will fit properly on the MDF bases I have, I've decided to use artists mountboard, although I'll need to buy some A3 sheets as a few of them are too big for A4. That means a shopping trip into central London, probably on Monday Tuesday (I'd forgotten the bank holiday).

In the meantime, I've decided that I might as well start on some other terrain. This afternoon I dry-brushed these 20mm shipping containers and skips: 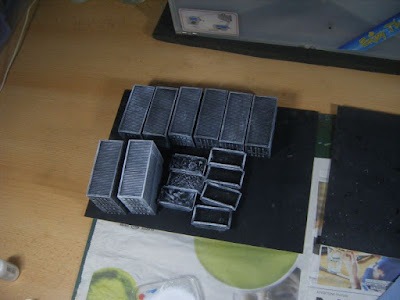 I was going to drybrush the 6mm ACW buildings as well, but remembered that some of the resin had got chipped when I was removing them from MDF bases, so would need to be re-primed: 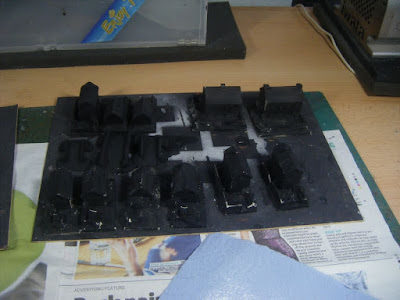 As I'll have the airbrush out, I will also be putting the base colours down on the containers and skips. The "zenithal" highlights from the drybrushing should give suitable shading without needing to do any actual highlights or washes. With that done, I can then do the metal details and do some weathering effects.