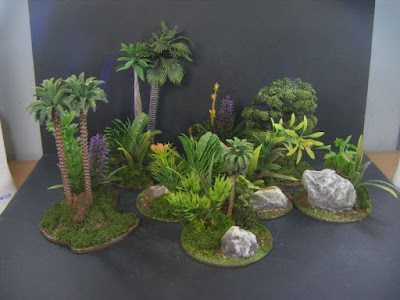 As you can see, I've finished a few more pieces of jungle terrain. There are frour scatter pieces for clearings: 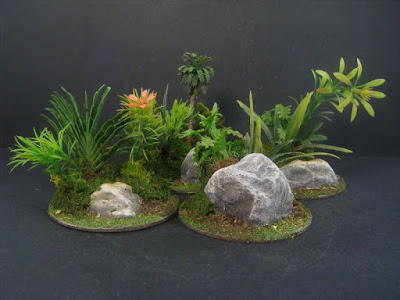 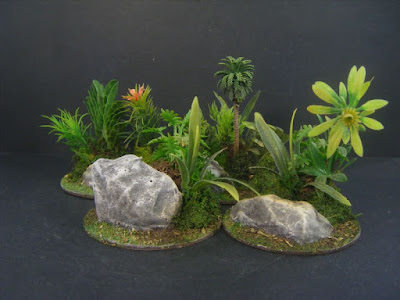 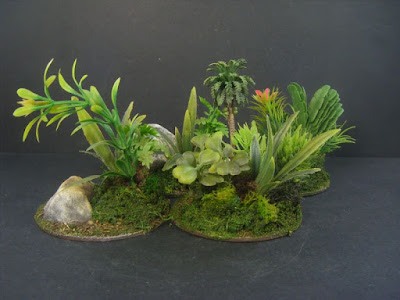 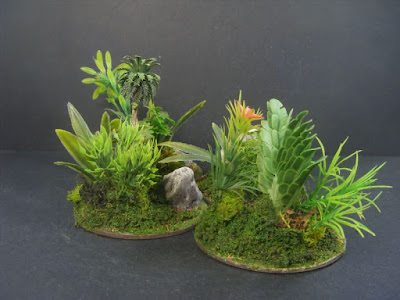 The rocks on these are some of the blue foam ones that I carved from scraps a few weeks ago. Before painting they got a coat of slightly thinned wall filler.

I also completed the three test pieces for secondary jungle with removable trees: 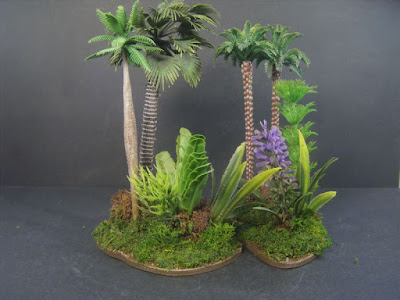 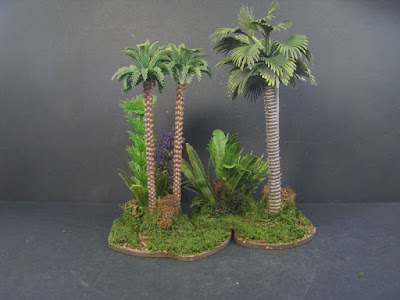 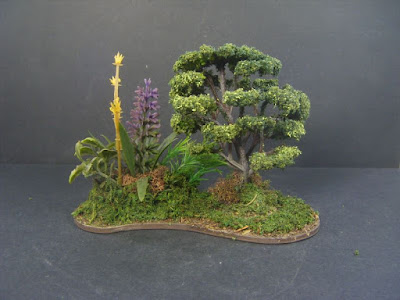 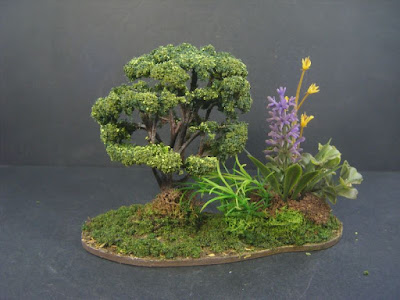 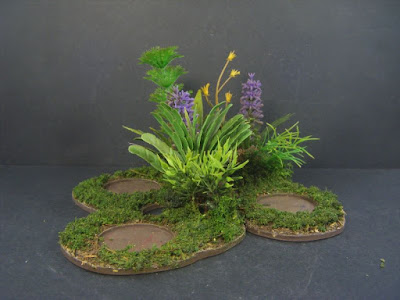 These were made by adding a "single base movement tray" (or MDF washer, if you prefer) to the base into which the trees on appropriately sized bases can be inserted. The reason for doing this is to make storage and transport easier. I will eventually be doing a load of secondary jungle bases with fixed trees for my "home" set; I'm just waiting for a load of larger terrain bases I've ordered to arrive (and to buy some big Really Useful Boxes to store them in).
I've also sort-of-finished the banana plants. I've added dried herbs to the bases and fixed them with my paint & PVA mix: 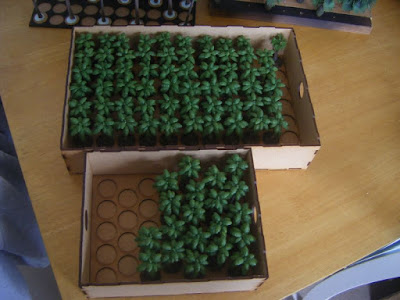 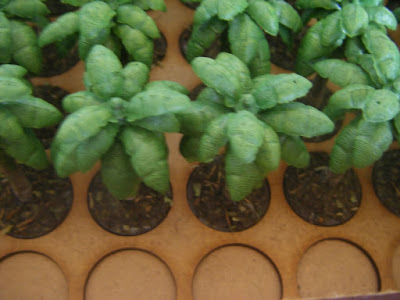 They are currently in storage trays until I have done the terrain tiles they will be used with. I still haven't decided how they will be finished, but the plant bases and terrain tiles will be done so that they blend nicely together - I need to look at some photo references before deciding how to do that.
I've also started work on basing the coconut palm trees. Having tried one just gluing the peg through the hole I'd drilled in a MDF base, I realised that they might need a little extra to securely hold them. As I have run out of 15mm round MDF bases (all used for the banana plant bases) I cut some circles from a sheet of 2mm blue foam and glued those on top of the MDF bases, then poked holes through. The trees were then glued in and the bit of peg protruding through the base snipped off: 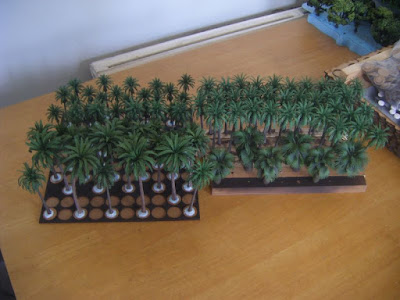 I can't get the same density of these on the trays as I did with the banana plants, so they will have to be done in two batches. I hope to get the bases of the first batch gunked tonight, then painted, drybrushed and herbed tomorrow. I should get them sort-of-finished on Friday, allowing me to start on the second batch.
Some more goodies arrived this afternoon: 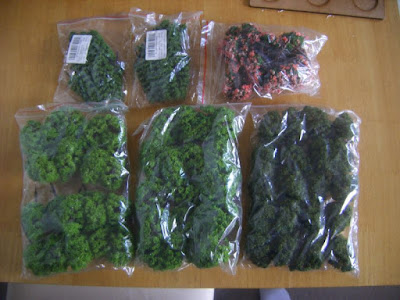 Some deciduous trees for primary and secondary jungle (70 of the blighters!) and twenty 9cm pine trees. 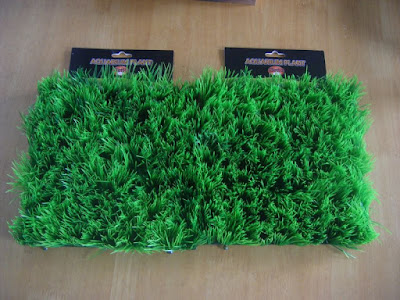 And another two mats of dwarf hairgrass - now that I have three of these, I should have enough to cover all my kunai grass needs.
Posted by TamsinP at 22:30