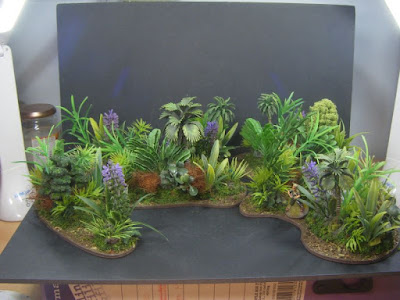 Well, they're done. This morning I mixed up a dark brown ink wash and glazed it over the plastic plants to mute the colours a bit. This afternoon I hit the pieces with a good spray of matte varnish. 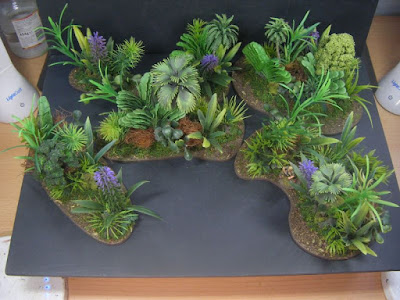 These six pieces cover the best part of an A3 sheet (420 x 297 mm/16.5 x 11.7 inches) which is somewhere between the minimum and maximum terrain sizes I'll want. I probably need to do another 2-3 more batches, some of which I will do to be more open allowing figures to move through.

Some photos of the individual pieces (28mm Australian Commando for reference): 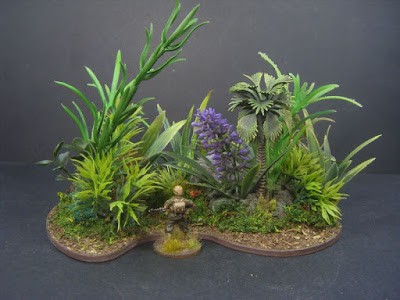 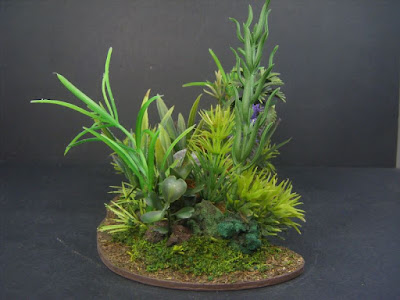 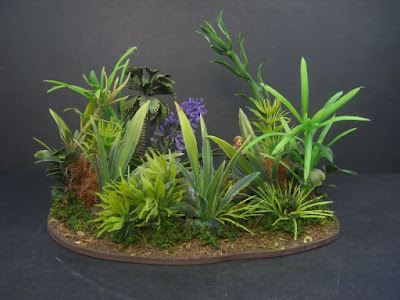 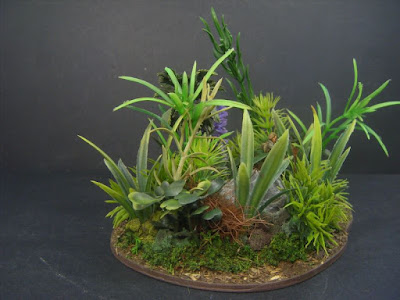 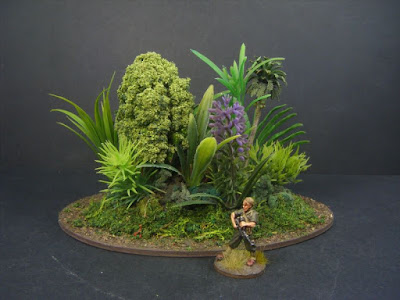 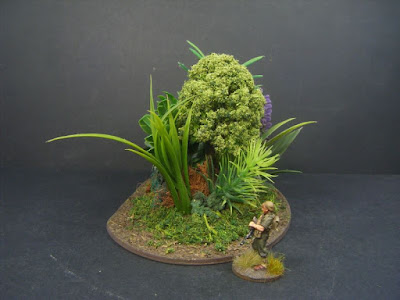 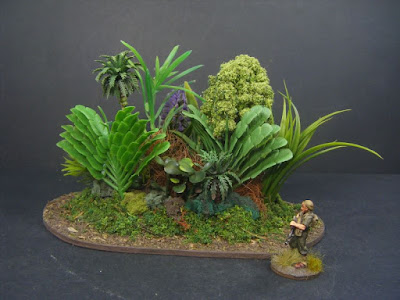 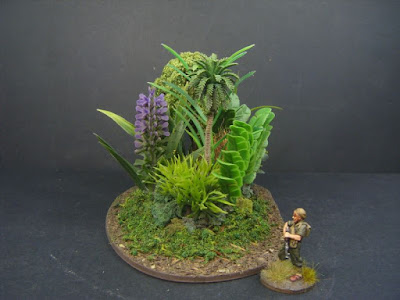 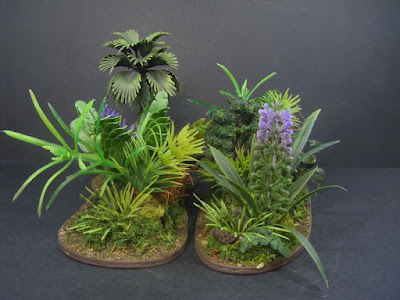 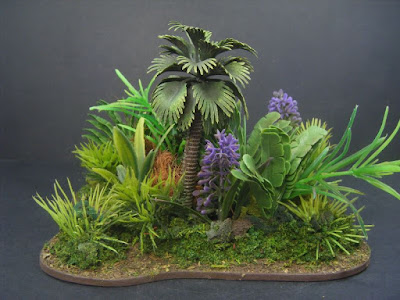 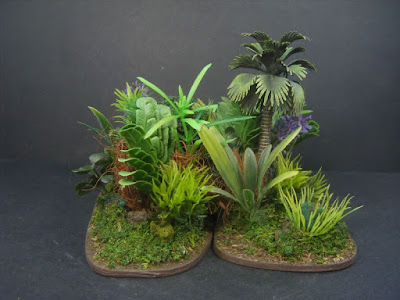 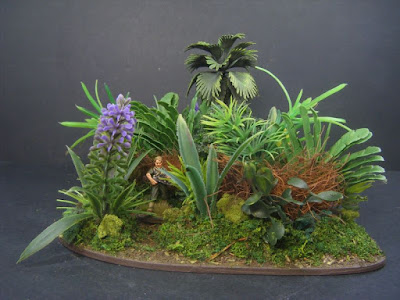 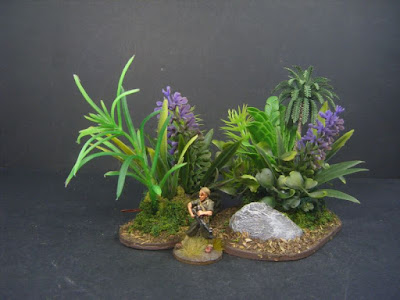 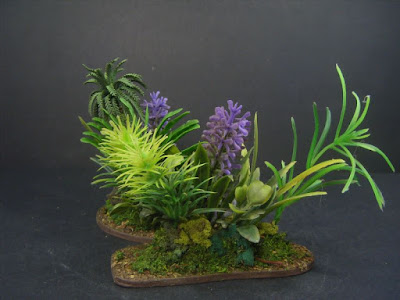 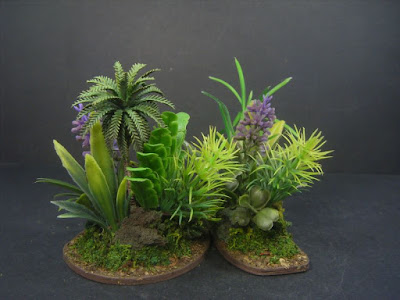 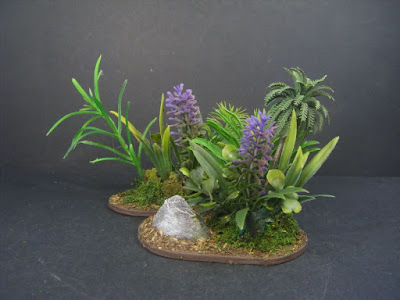 Theses have come out rather well, but there are a few things that need changing.

1. A lower density of plants would be better; these bases were rather crowded which made adding the underbrush and scrub a bit difficult.

2. It would be better to apply the brown ink glaze to the plants before adding the scrub.

3. I'm not keen on the look of the coir "under brush". I think they might look better if the bunches are trimmed a bit before adding them. Smaller pieces would also be easier to add to the bases - I might make a few up to test that out (much easier than cutting up the larger ones I have already made).

4. The clump foliage looks a bit artificial in places. I suspect that is a result of not having blended the foam down small enough, but they were from an early test batch. I think some lichen along with the clump would look good.

5. I'm not sure about the base edges; with the herbs going to the very edge they won't blend in on grassy battle mats. I might do a test base using the turf and static grass system I used on the hills.