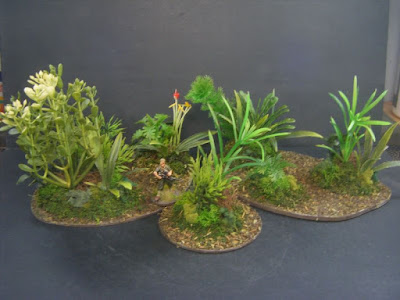 These pieces got sprayed with matte varnish this morning. The idea with them is to have some secondary jungle bases that figures can be placed in and move through. I deliberately made sure that the paths between clusters of foliage were wide enough to accommodate 25mm bases. As you can see, I did go back and add herbs over the paths - it definitely looks better like that. 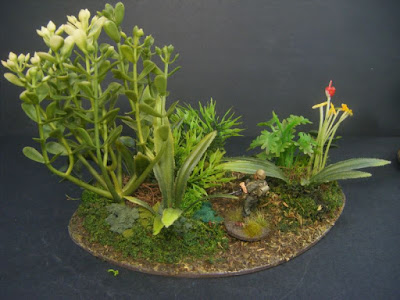 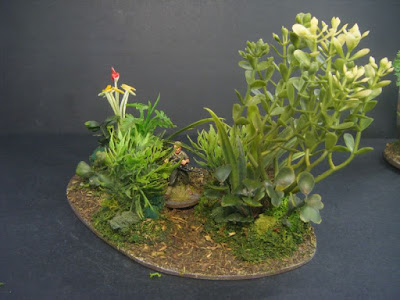 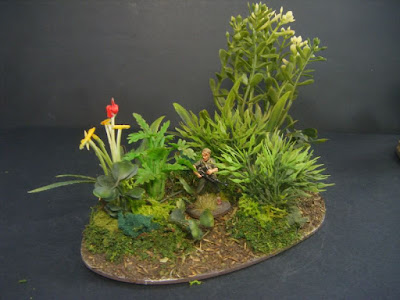 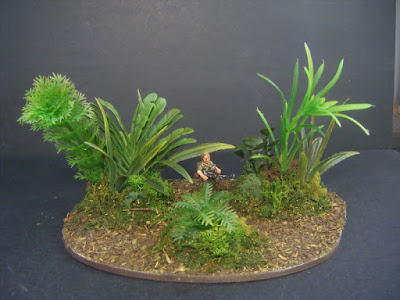 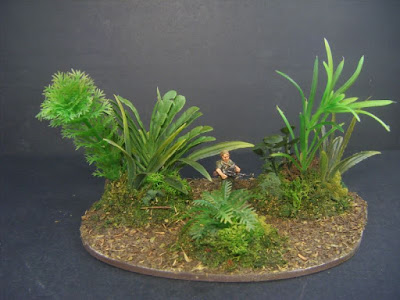 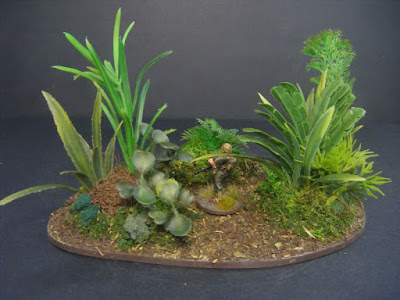 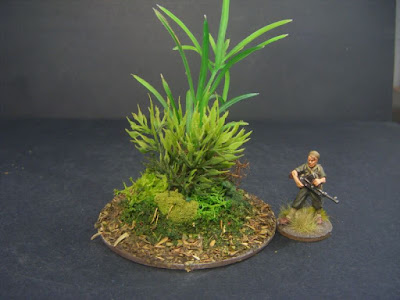 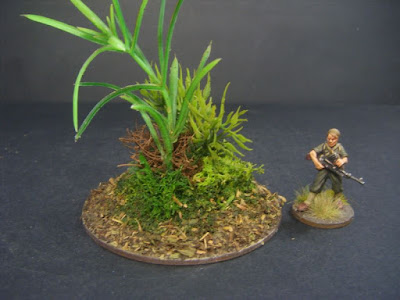 I'll definitely do a few more of these, including some larger bases with enough clear space inside for a full section.

I've also been making good progress on some other bits.

The banana plants have been painted (drybrushing the leaves without spraying first worked) and this afternoon I added texture gunk to the bases: 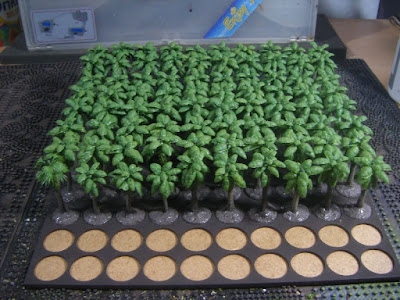 Tomorrow I'll be painting and drybrushing the gunk and then adding herbs. On Wednesday I will add some scrub-mix and some static grass.

The foliage for the coconut and sago palms has been sprayed, drybrushed and added to the trunks: 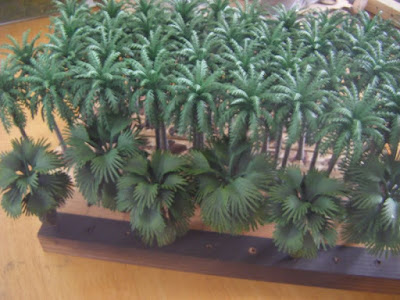 I'll have to leave them there until the banana plants are finished, at which point I can do their basing. The coconut palms will be individually based on 25mm rounds so that they can be removed from the plantation terrain tiles for easier (ie smaller) storage.
Work has also continued on the scatter and tree bases: 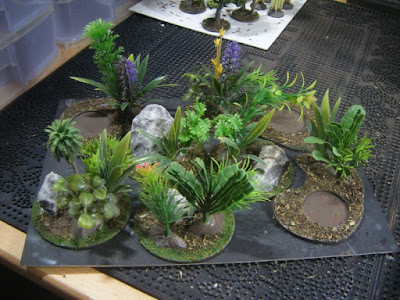 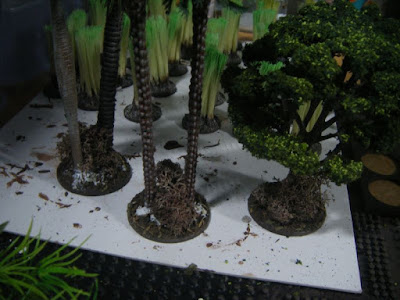 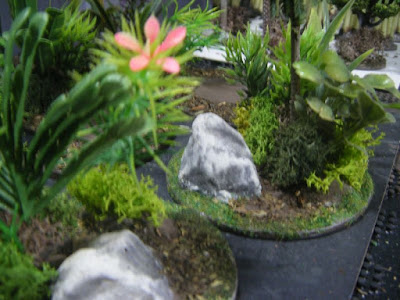 I'm trying these with just lichen in the middle. I received a bag of brown lichen last week which I'm trying in place of the coir/horsehair bits for underbrush. I'm also using just lichen and no clump foliage for the outer brush foliage. Later this evening I will be adding scrub mix, then I should have them finished tomorrow.
Posted by TamsinP at 20:47