Well, the knackeredness is almost gone and I got some more work done on the cuirassiers this evening.

I will probably do a couple more bits before bedtime tonight - eyes and saddles (where they show).

Anyhoos, here's some pixels for you to admire: 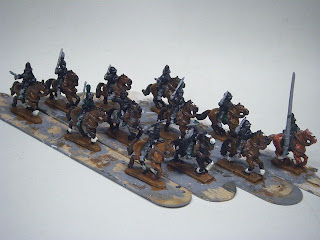 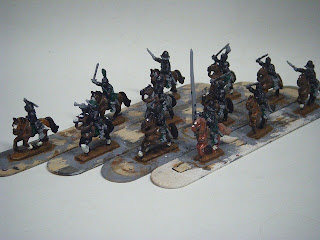 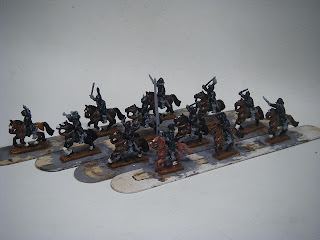 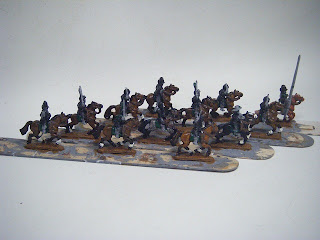 I probably won't get any painting done tomorrow evening as I have a 650pt game of FoG:AM lined up. I'm entered in the club's medieval tournament, and have borrowed a Swiss army from someone else. This should prove to be very interesting - me fielding an army with absolutely no cavalry (not even light horse)! Tomorrow night is just a practice game against Gordon's "Santa Hermandad Nuevo Castilian" army.

I will admit to being tempted to buy my own Swiss army, but that will have to wait until I've at least finished the bulk of my 30YW army.

And then there are the Koreans, the ....