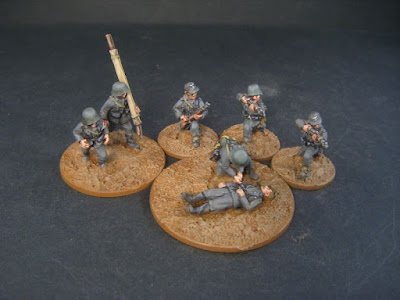 I did say that these would be posted yesterday when they were finished, but decided to post them today instead to help space my posts out a little. 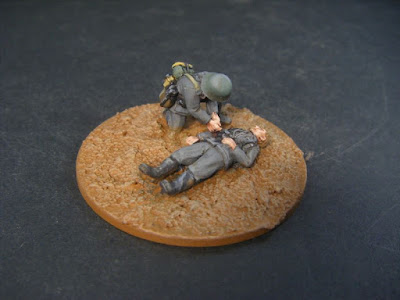 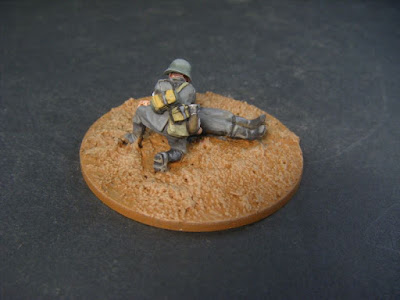 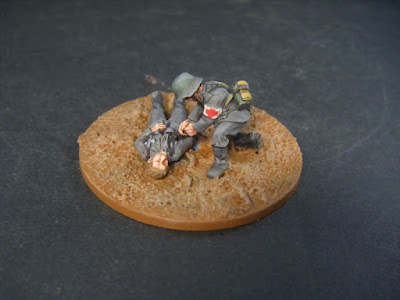 I decide that this pair of figures would make a good Jump Off Point for Chain of Command. alternatively it would make a nice vignette to place on the table. 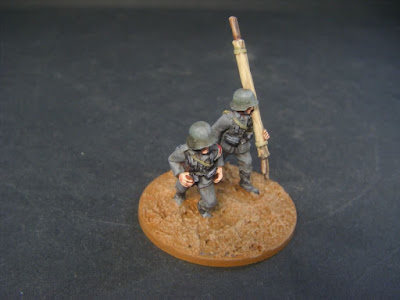 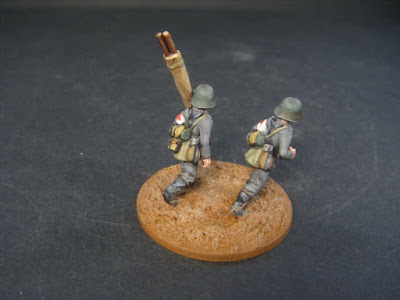 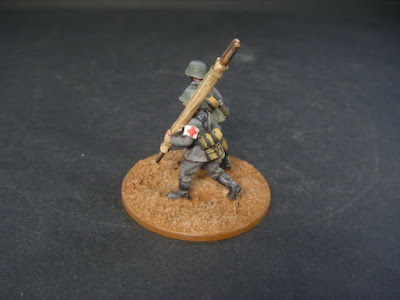 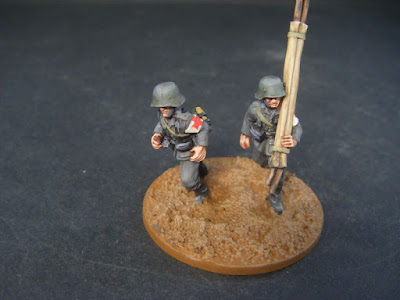 O could have based these two figures individually, but as I'll only ever need one medic I thought they'd go together nicely as a single base.
Extra Crew for Tripod MG42 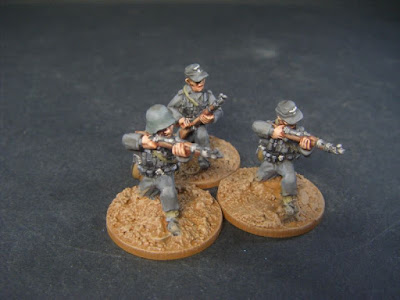 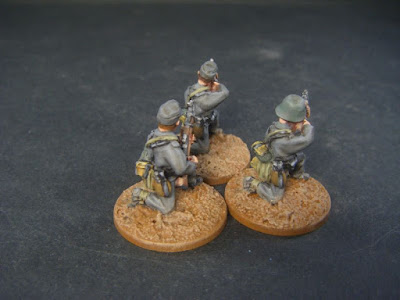 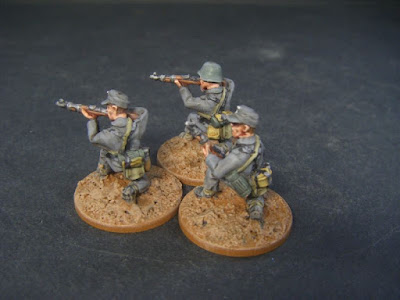 Those of you with long memories may recall that when I posted the tripod MG42 teams that I didn't have enough figures for both crews. Well, these three figures bring them up to full strength.

All the figures in this batch are from The Assault Group.

Next up will be the support option squad. I suspect that they'll be ready to post on Thursday. After that I'll just have two more figures to paint (for now) - two officers in long leather coats.