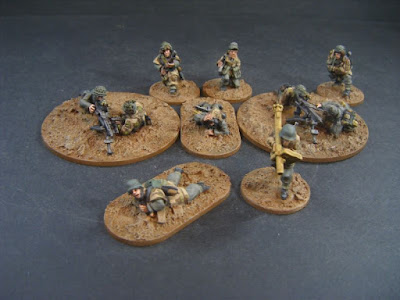 The first support elements for my Waffen SS platoon are done (apart from decals and finishing off the bases - those steps will wait until the whole force is painted. 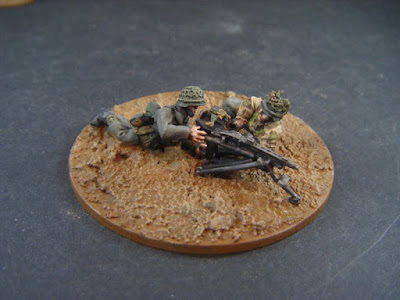 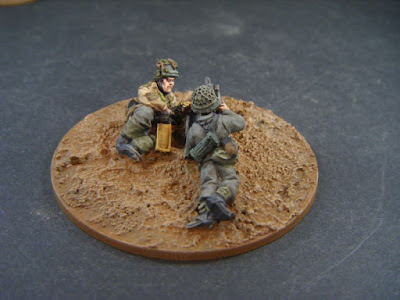 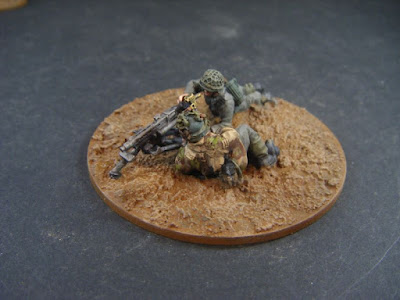 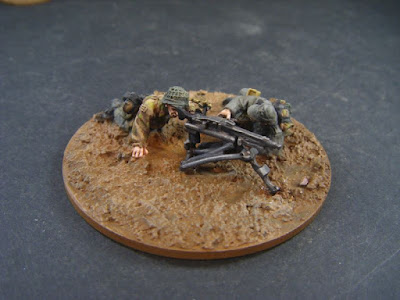 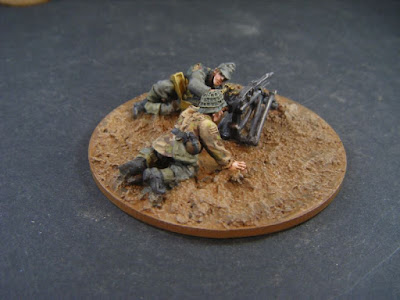 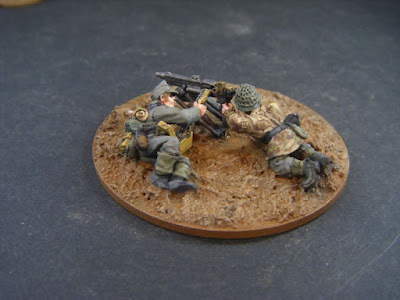 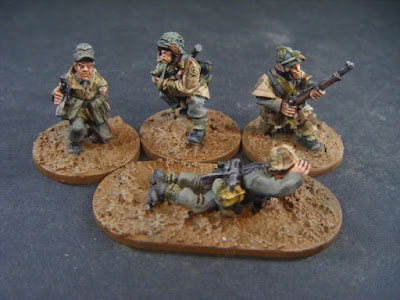 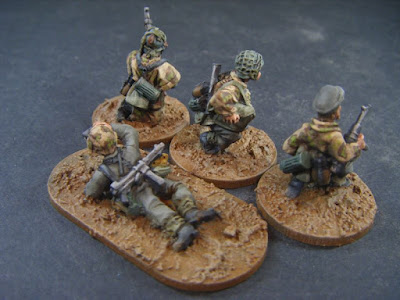 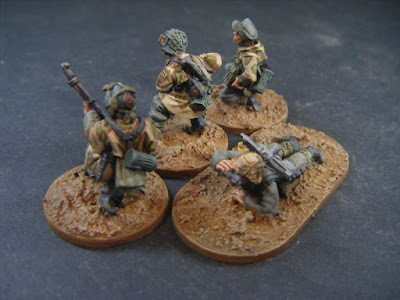 The MG42s and some of the crew figures are from Warlord Games, with two extras from Artizan. I still need two more kneeling/prone figures to make these up to the 5 crew each for Chain of Command. Looking at the amount of space on the 60mm gun bases I could have put a third figure on each (and might think about doing so at some point, despite it being a bit of a PITA). 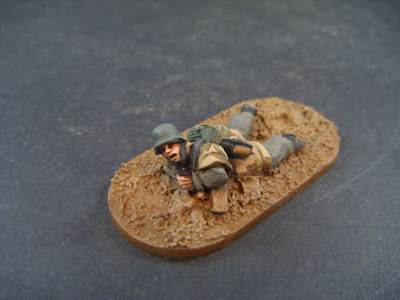 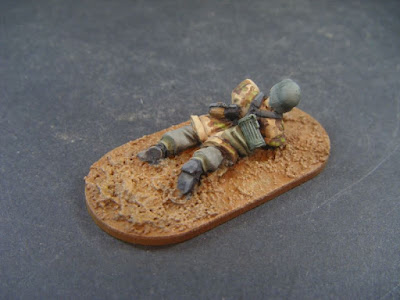 This figure is actually from the Artizan snipers pack, but I decided to use him as a FOO. 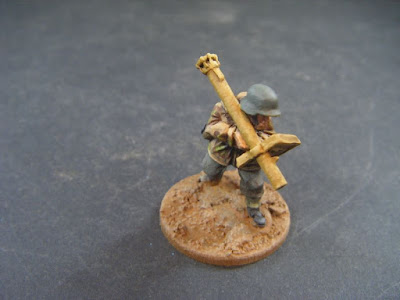 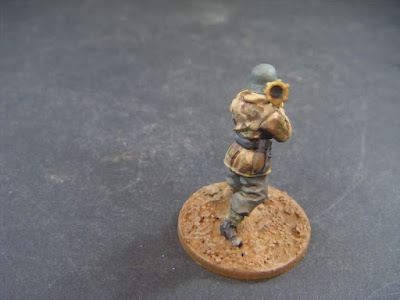 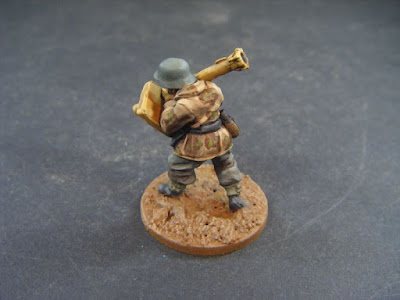 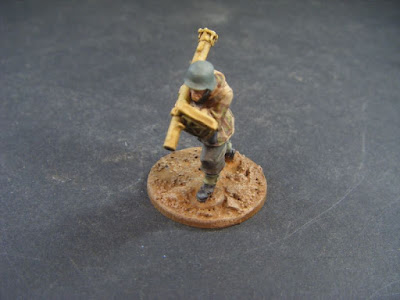 This is another Artizan figure - he'll be joined by the test figure with Panzerfaust to make up a two man Panzerschreck team.
I'm reasonably pleased with how these have turned out. My camo "dotting" seems to have improved a bit, but the final wash step does tone down the green a fair amount. I'm thinking that perhaps I could do the "dotting" after that?
Posted by TamsinP at 13:09