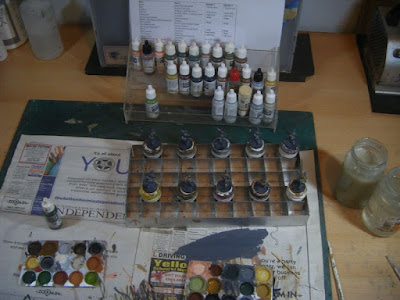 I've been making slow but steady progress on the next batch of Waffen SS. There are two reasons for that. I've been running test prints of some 15mm and 28mm figures to try out a miniatures profile I found on the web; I've had to adjust some of the settings as it didn't quite work on my printer. I've also had to keep an eye on my printer while it's running as the current spool seems to have been badly wound which is causing some tangles that need to be cleared by hand before they cause a failure. 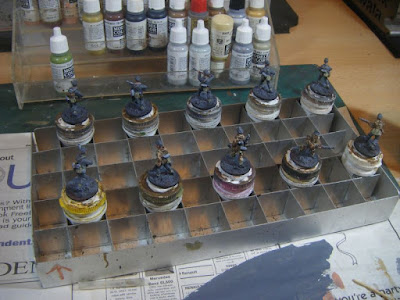 I think I'm on track to finish painting them tomorrow, but the varnishing steps will probably be done on Friday.

Email ThisBlogThis!Share to TwitterShare to FacebookShare to Pinterest
Labels: Germans, On the workbench, WW2