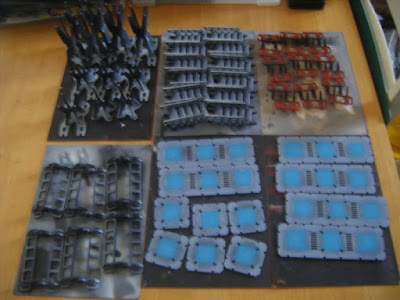 I'm very nearly done with the airbrushing stage - just two boards left to do the red on. I might have got them finished today if I'd remembered that the grey I'd used before was a mix (3 parts Wolf Grey: 1 part Sombre Grey) before I'd done all of the bits with Sombre Grey.

I have been doing some more 3D printing since Saturday: 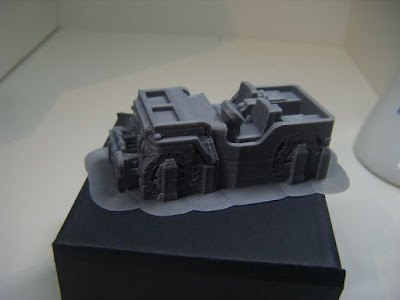 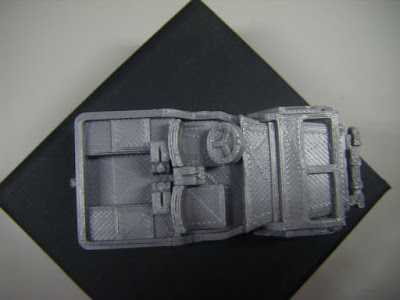 This was re-scaled from 1:100. This was the third attempt, using standard supports. Those turned out to be a nightmare to remove. I'm going to have to play around with those to see if I can get a decent print.
28mm Air Rafts 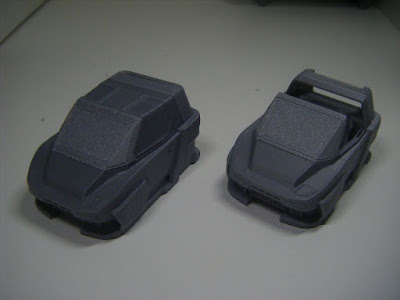 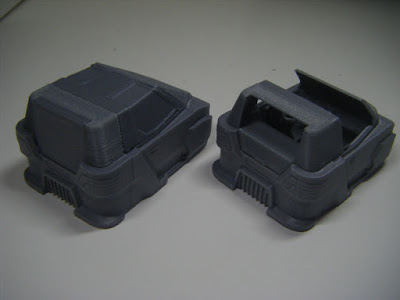 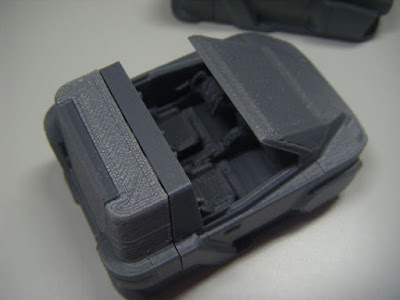 I ended up with two of these. Having printed one, I had a silly idea of printing an extra middle section to make it a four-seater: 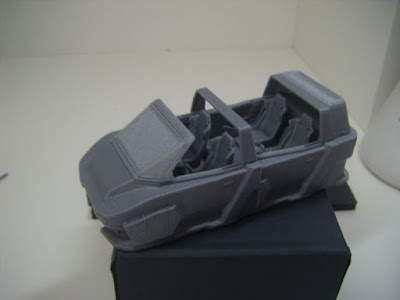 I'd forgotten about the trim though, so I just printed extra front and rear sections to make up a second.
For the past two days I've been running calibration tests to fine tune the printer. I'm very nearly done with that.

Email ThisBlogThis!Share to TwitterShare to FacebookShare to Pinterest
Labels: 3D Printing, On the workbench, Terrain