The Source of My Recent Distraction....

Yesterday I included a teaser pic of a box. There were actually four boxes delivered yesterday, two each from IKEA and Amazon; the teaser pic was one of the Amazon boxes as that was the source (and hopefully resolution) of my recent distraction, the other boxes were ancillary to it.
I'm sure you all want to know what it was. Well, are you ready?
Are you?
Are you sure?
Are you really sure?
Are you really, really, really sure?
OK, I'll put you out of your misery... 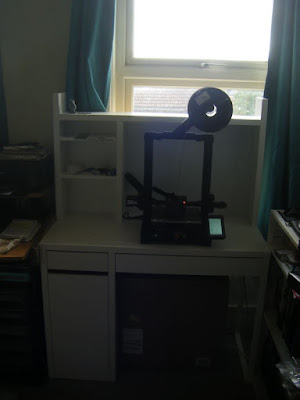 A 3D printer. After much research (watching lots of YouTube videos, browsing websites, etc), I settled on the Anycubic Kobra for a variety of reasons:
The other main contenders were the Anycubic Viper (the footprint would have been slightly too big) and the Prusa Mini+ (smaller build-plate volume, longer wait for delivery plus all the hassle with importing from the EU).
The Vyper might have been a better option, but the only desks I could find that were deep enough for it were too wide to fit in the space I have available.
The printer arrived first, followed quite rapidly by the desk. I couldn't assemble the printer until I had built the desk, so I cracked on with that job, which took me about two hours. After a break for supper, I assembled the printer. It took under half and hour including all the checks for belt tightness, plate tension, gear tension etc. Once that was all complete, I placed the printer on the desk and plugged it in. After about half an hour I had the auto-leveling and Z-axis offset done and clicked to start printing the model included on the SD card.
While that was printing I downloaded and installed Cura 5.0 slicing software (for converting STL files to the G-code for the printer), set up the printer in that and played around with some of the STL files I have acquired over the past year or two.
Today I printed off a few files. While doing so I discovered a few little issues with my Cura settings and made the necessary adjustments. This is (almost) everything I have printed today: 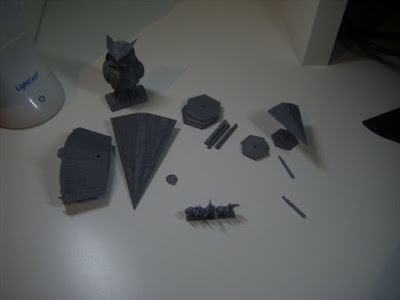 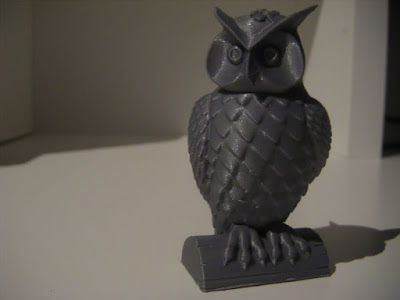 This was the file that came on the SD card with the printer. It took a little over two hours to print. 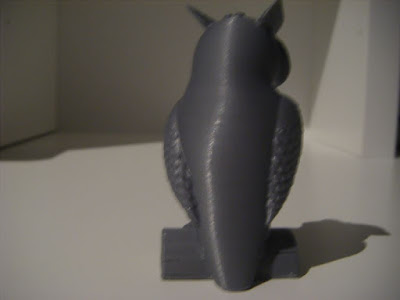 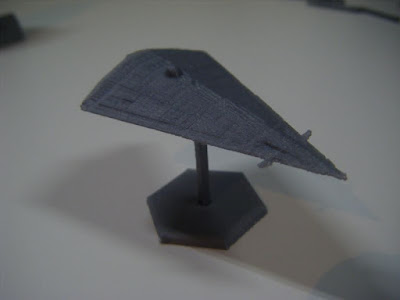 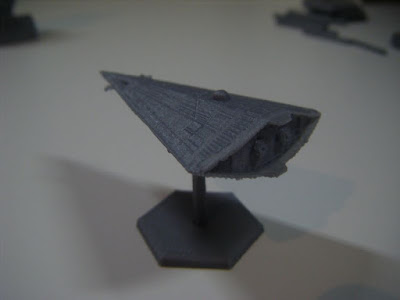 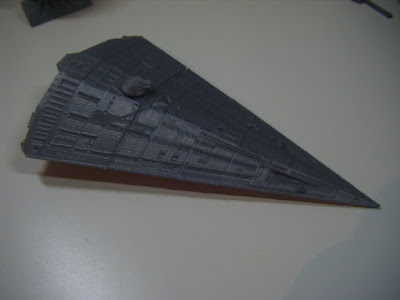 This one prints in three parts - fore, aft and turret. The Fore and Aft connect with an OpenLock clip; the turret can be added using a short length of printer filament, allowing it to rotate. I'm having a slight issue with this one as there is a gap between the Fore and Aft when the clip is inserted. I think I might have identified the problem no, but will wait until tomorrow to test my theory.
10mm Orcs Warriors 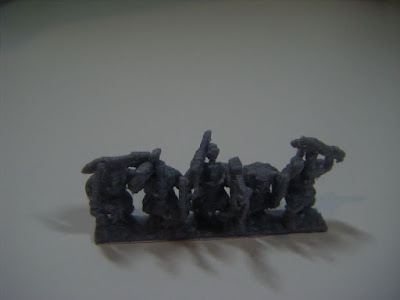 Late last year, Curt sent me some STL files of 10mm Orcs that he wanted me to paint up for him. The plan is to get them printed in resin, but I thought I'd try printing them to see how they came out on an FDM printer. 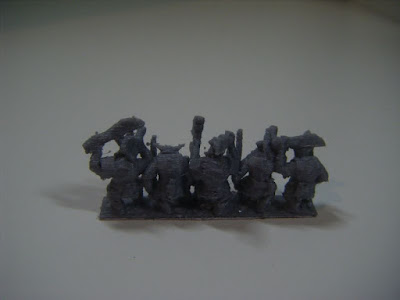 I printed these at 0.1mm layer height at 50% speed. They came out quite nicely, although you can see the layer lines. I might try printing them again at 0.06mm layer height to see how that comes out. The biggest problem was removing the supports - PLA+ filament isn't as brittle as resin. You can see from the photos above that there is still a bit of clean-up to do on them.
Well, that's that. Of course, now that I have this, I may find myself distracted by getting used to the software and hardware. Luckily, with the print times for some of the things on my initial list I will have time to keep going with other hobby stuff.
Posted by TamsinP at 23:56