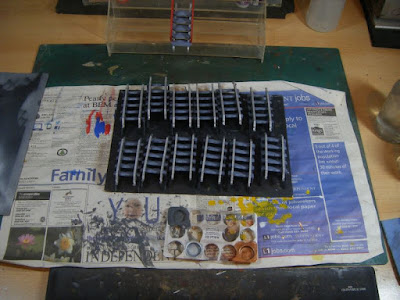 The last board for the walkways and it's almost finished. I just have the red railings and some touching up of the steps to go - they will be done tomorrow, so there might be a post of everything set-up.

Here's a quick photo of  everything that has been finished: 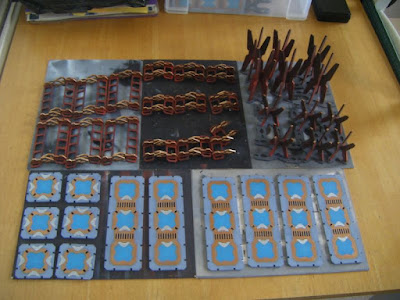 On the 3D printer front, I'm almost there on the fine-tuning. There's one more set of tests that I need to do, and a few more that would be useful to do but which aren't urgent. Here is a photo of all the bit's I've printed during the process so far: 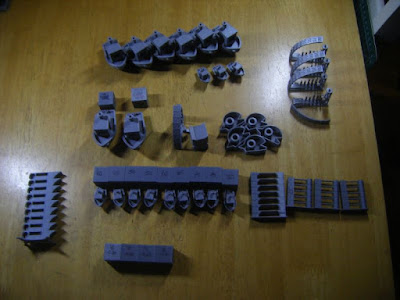 As you can see, lots of cubes and little boats (I tried them and found that they were just as useful as the full size ones, but printed a whole lot quicker!). The set of nine cubes and nine little boats were done today to compare different print speeds.