Righty-ho, it's about time I kicked off my series of posts showing off my  submissions to this year's Challenge. I have stated that I will be doing this grouped by theme, and what better place to start than with my gloriously tiny Sons of the South - the 6mm Confederates. 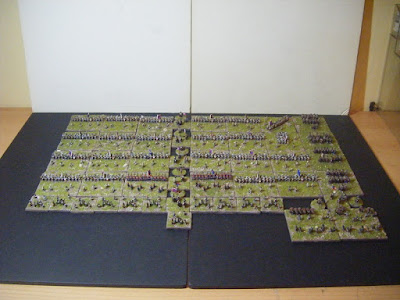 These were submitted over three posts and took me about 5 weeks (including head-space breaks painting other things) to paint and base.

The first entry was 22 bases of infantry, a whopping 616 of the tiny blighters which I had madly decided to paint up in one fell swoop. Never, never, never again (until the next time I decide to do something that daft). I think you can imagine just how frazzled I felt when doing the details like the flesh (616 faces, 1232 hands). However, it did allow me to create a suitably "irregular" look to their clothing, hats and blanket rolls so there is that going for painting them en masse. 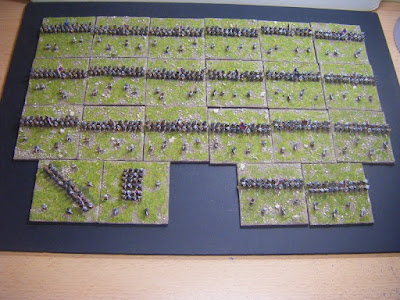 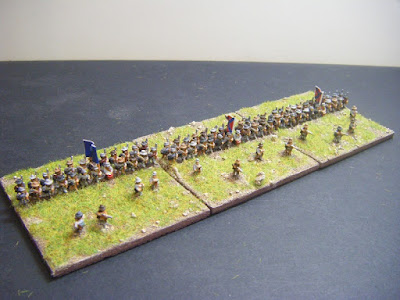 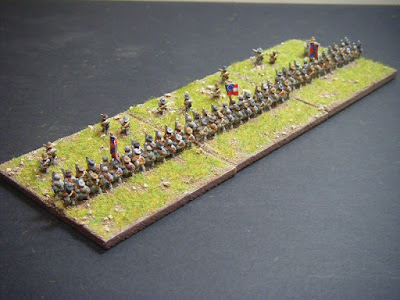 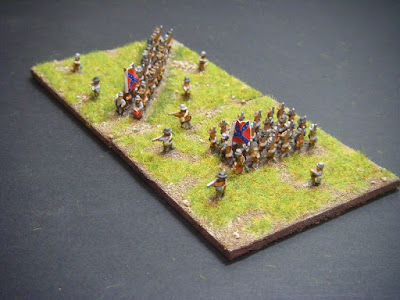 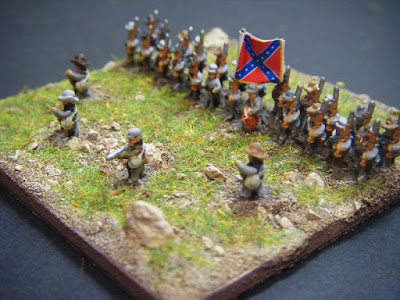 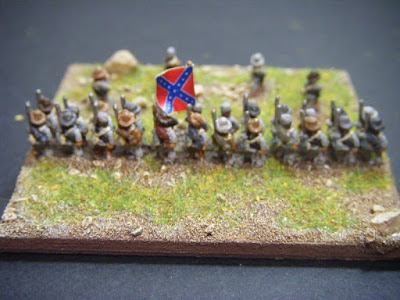 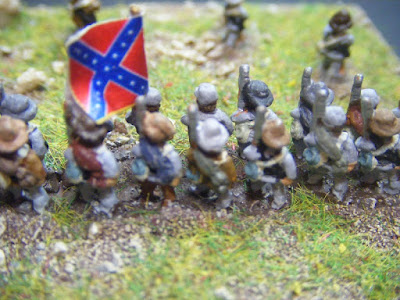 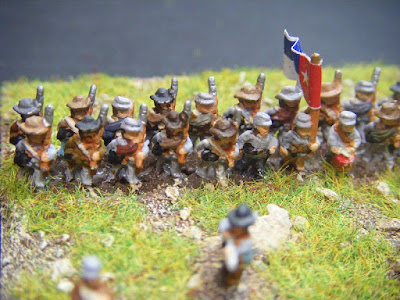 As you can probably imagine, I needed a break from 6mm after that effort and painted some other things for a short while.

My second entry for these was the artillery. I'd actually painted (but not submitted) the guns during last year's Challenge when I was painting the Union forces. 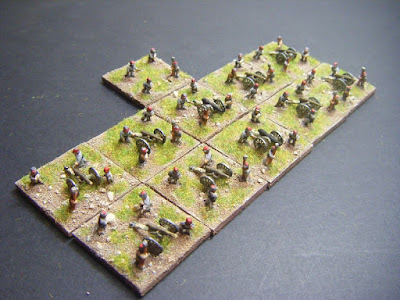 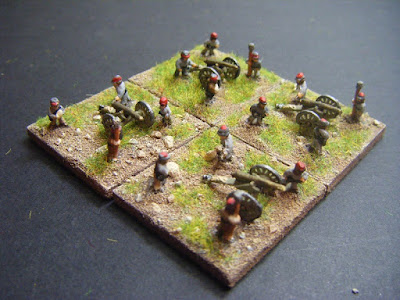 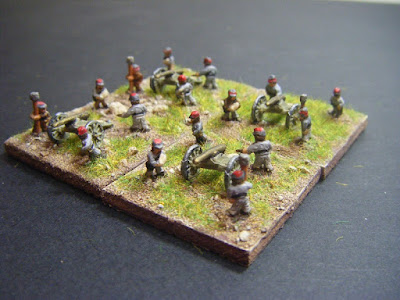 When it got round to basing them, I had a bit of a panic - one of the guns had disappeared. Fortunately I found it before the entry was posted and was able to take some pics and include them in the post. 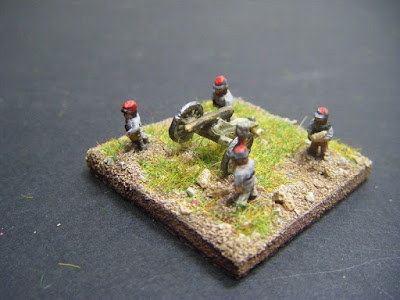 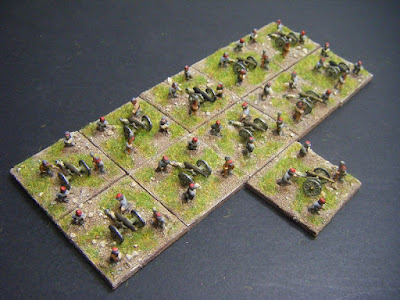 The third entry for this army comprised two bases of Zouaves, four bases of mounted cavalry, two of dismounted cavalry, six bases of generals and seven individual mounted figures to act as "PIP" markers or messengers. 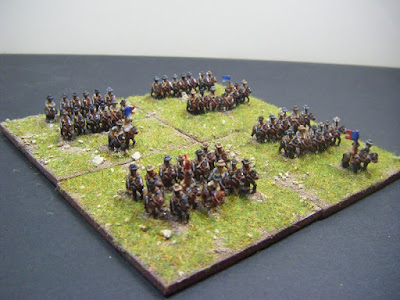 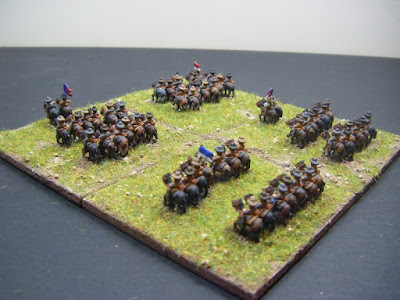 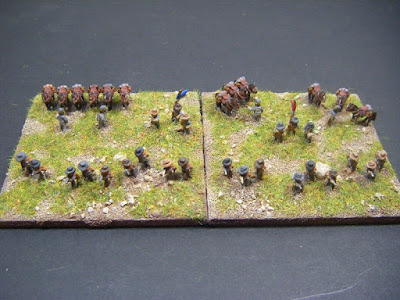 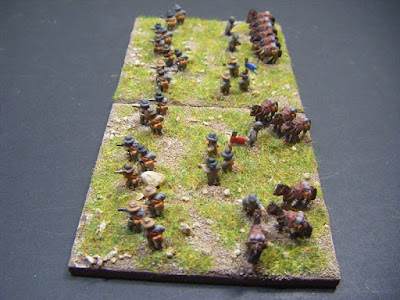 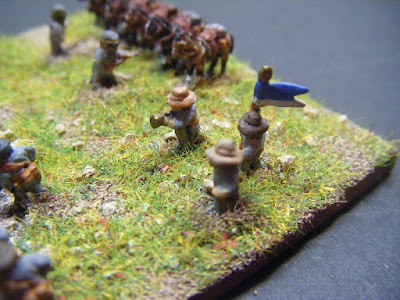 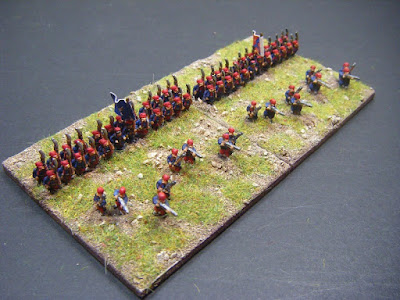 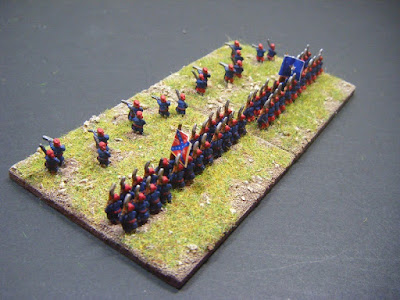 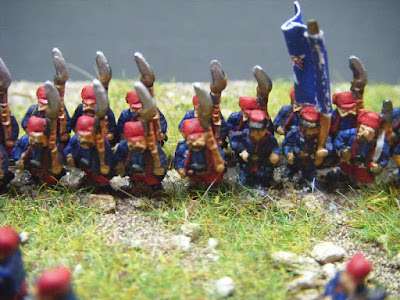 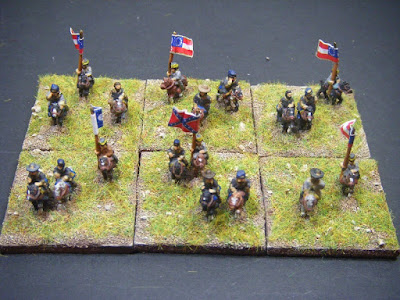 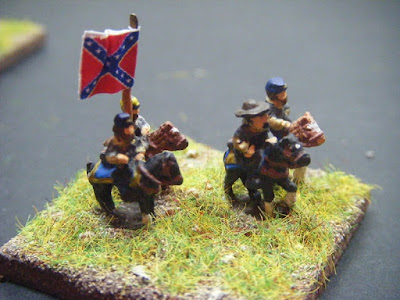 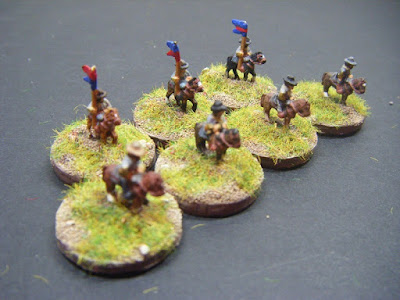 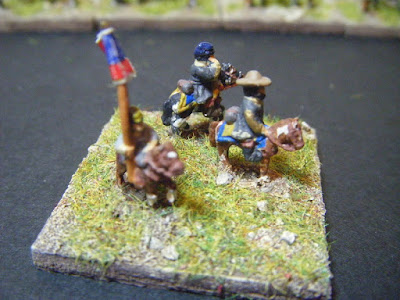 I was rather pleased to have got them all painted during the Challenge as I now have two armies and can have a go at using them (once I've painted up some 6mm terrain).