Plenty done on the road-sweeper today. I finished off the painting over the hairspray today and have done the chipping. Some of the painting was done by hand using VMA* paints as they were small areas or parts where I didn't want to risk getting the paint onto areas I'd already airbrushed. 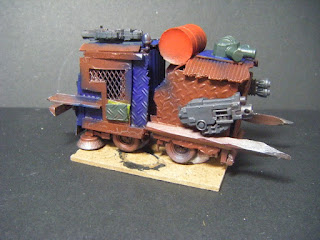 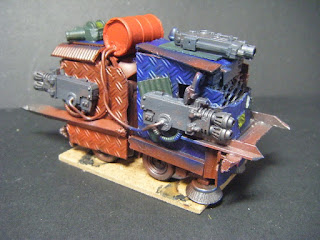 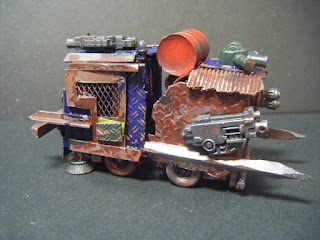 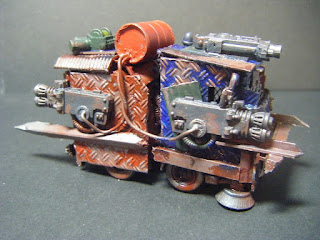 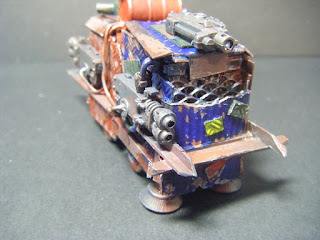 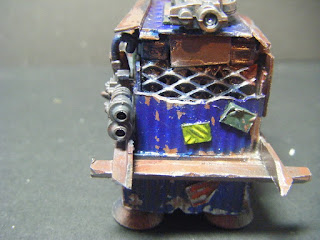 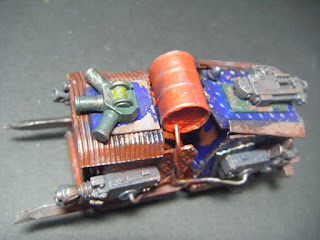 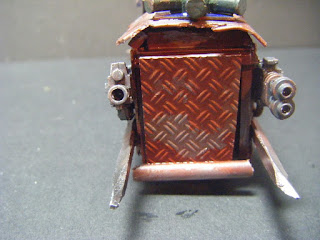 Tomorrow I'll do the detailing work, then add some dust, grime and extra rust then varnish it. I might add some graffiti if I can figure out a way of making it look washed out.

I haven't done any work on these today.I don't think there's much I can do with them until I get some flame masks.

I placed a couple of orders last night:

SnM Stuff - some 60ml bottles of Vallejo polyurethane varnish (gloss, satin and matt) plus a spare nozzle for my Neo airbrush. It was a couple of hours later that I remembered a couple of things I should have ordered at the same time - including some stencils from Anarchy Models

Shesto - some Createx paints (including an iridescent colour)


I also made another trip to Toys R Us this morning (no mistakes on the buses this time!). The Hotwheels singles pegs were nearly empty and there were no cars there I wanted. I tried the Sainsburys just across the road - none there either. Got the bus back to turnpike Lane and another down to Harringay - nothing in Sainsburys, but I did find a couple in Poundland: 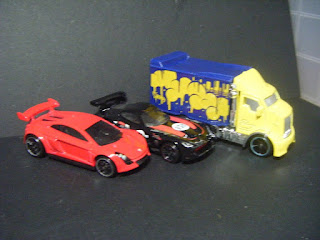 The Mastretta takes my count to 24 new car models; a big fat zero left on my allowance. Yikes - I can only buy repeats now!

On the subject of my purchases, I found something out about the Enforcer I bought the other day. It appears that I have managed to get hold of a "Treasure Hunt" car. For every release of cars to distributors and retailers, Mattel do a limited edition run (about 25,000) of a particular model which get randomly added to the wholesale boxes - these are indicated by circle flame logos on the car and on the backing card of the packet. 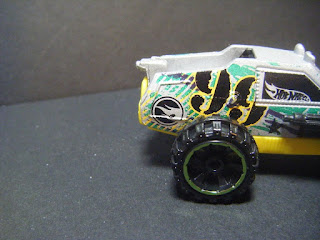 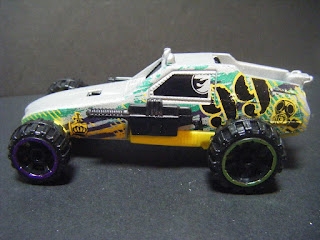 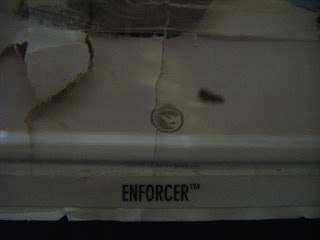 They also add another limited edition type into each release - the "Super Treasure Hunt", which are a variant paint scheme of another car in that release. The variant scheme is a transparent colour applied over (presumably highly polished) bare metal rather than over primer, and usually with addition decals. they also have the rubber "real rider" tires rather than the normal plastic ones.

Both can be worth more than the retail price to collectors if they are "mint in box". As I've opened the packing (and made a right mess of the card backing) I won't be able to make any money of this one, so I can strip and mod it as planned.

Email ThisBlogThis!Share to TwitterShare to FacebookShare to Pinterest
Labels: Car Wars, On the workbench, Post-Apoc, shinies