Oh, come on! That name is a great pun!

Tsch! there's no pleasing some people.

Anyway, it's finally finished and what a fun time I've had doing it. Just to remind you oh how it looked before my fiendish brain and maniacal hands were set loose on it: 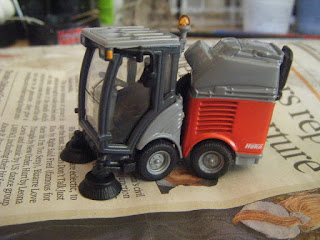 This morning I did the detail painting - and forgot to take photos before the next step. Then, after giving it a coat of Klear, I applied some dirty washes to represent the inevitable build-up of grime and oil/fuel leaks: 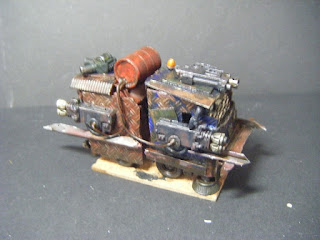 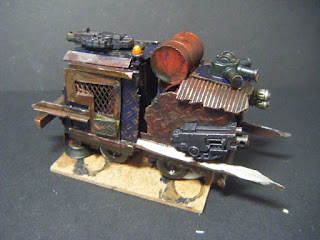 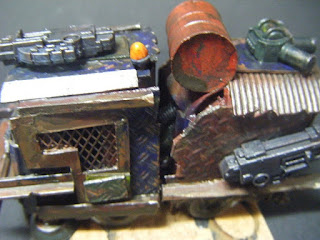 Then added some highlights on the rust and metals: 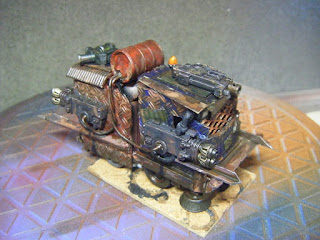 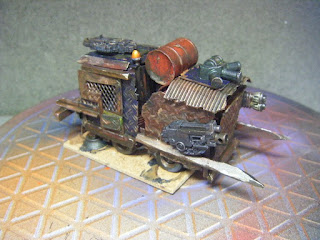 The next step was a bit more tricky - adding some writing (and some "kill" markings) using a 000 brush. That was followed by airbrushing a thinned mix of VMA Golden Brown over the vehicle to make it look dusty, going a bit heavier over the front and lower panels. I *might* have overdone it a bit, but it looks OK. It then got a coat of Vallejo polyurethane matt varnish and the lights and mirror then got touched up with brush-on gloss: 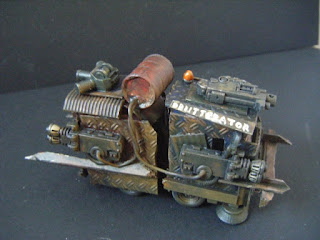 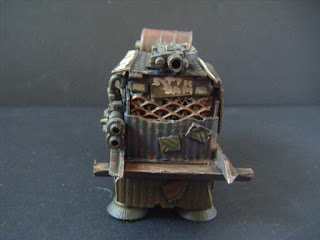 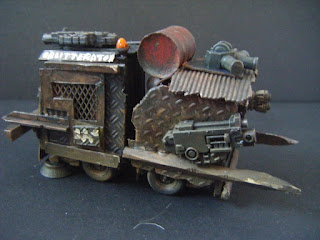 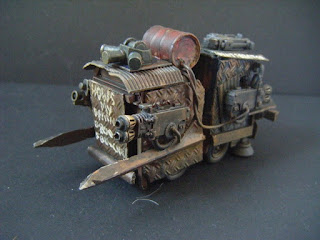 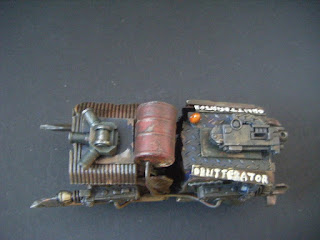 So, that's the Oblitterator, cleaning up the mean and dirty streets. It's definitely not a vehicle to mess with. To the front and rear it has flamethrowers and heavy slug guns (loaded with HE shells); there is also a rear-firing smoke discharger. The owner/driver doesn't care what anyone else thinks of him, as you might be able to tell from his hand painted message on the armour panel protecting the waste collection area - I didn't put a direct-on shot of the back as it contains rude words!


In other news, my Amazon and SnM Stuff orders were delivered today, and my Shesto order has been shipped.


So, what's next? I've still got two jobs on the list I posted at the start of my break - painting Cyber Scooby and Dux's prize figure. I might also do some work on the gems and beads I bought the other day. The gems (for dropped spikes) should be easy as they can just be sprayed on their backing sheet; the beads are more fiddly - I'll have to stick them down onto something first (after separating them from the sequins).

Email ThisBlogThis!Share to TwitterShare to FacebookShare to Pinterest
Labels: Car Wars, On the workbench, Post-Apoc, Witterings