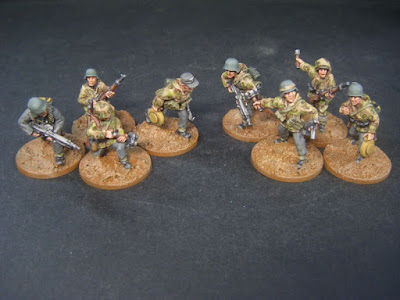 As promised yesterday, here are the photos of the latest batch of Waffen SS - two Panzerknacker teams. In Chain of command each team is made up of four men with three charges, three smoke grenades and a MG42 with two crew (there's no note about what weapons the other two men have - I've done a rifle and SMG for them). 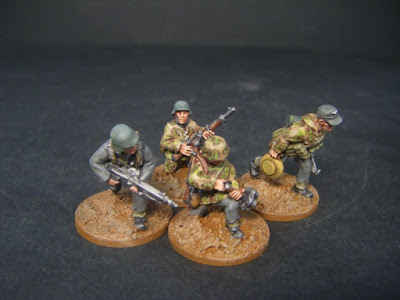 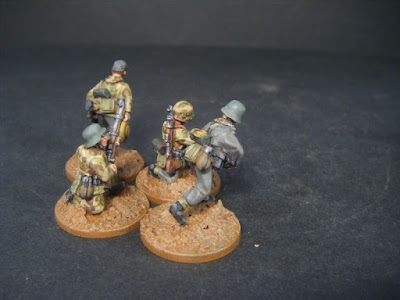 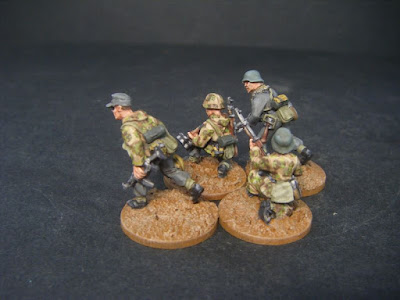 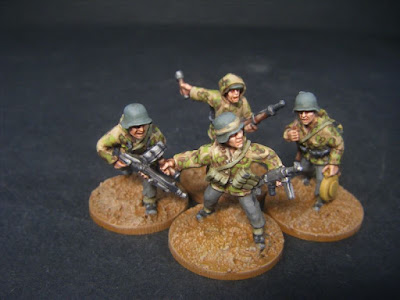 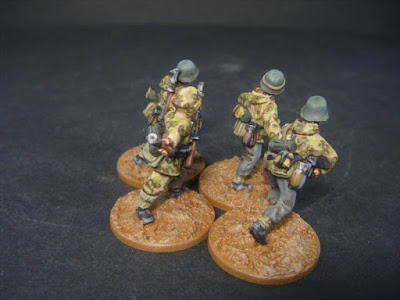 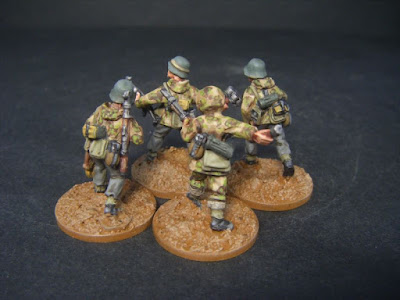 The chaps with MG42s, grenade bundles and mines are from The Assault Group, the other two are from Artizan.