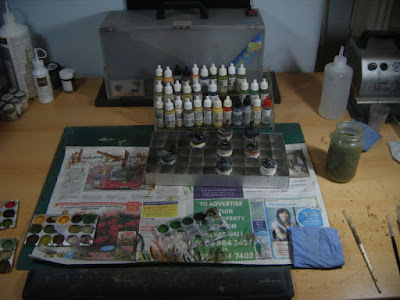 I've done very little painting since the weekend. All I've done on that front is to basecoat and wash the next batch of WW2 Japanese: 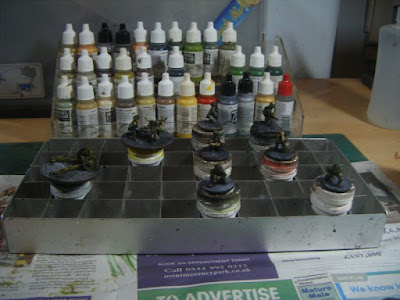 That doesn't mean that I've been idle. Oh, no, sirree - I've been busy de-spruing, cleaning up and assembling a load of MDF terrain. This is what I've assembled so far: 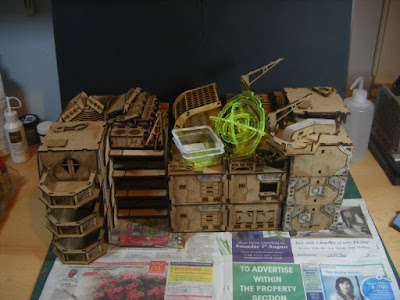 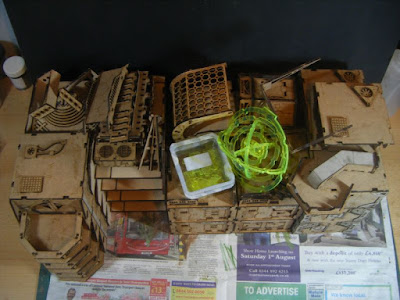 That's everything that was in the "white box bundle" I bought from TT Combat at last year's SELWG show.
I've also de-sprued some MDF scatter terrain: 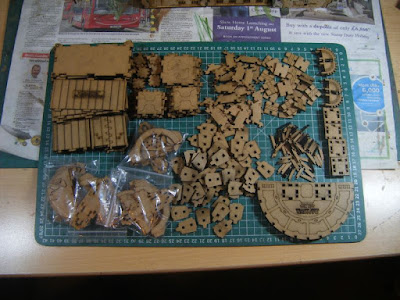 The bits in the bags are from Blotz, the rest is from TT Combat. I'll be cleaning the bits up (at least, those that need them) and getting them assembled tomorrow.
As a result, I have quite a stack of sprues to snip up for use with damaged buildings: 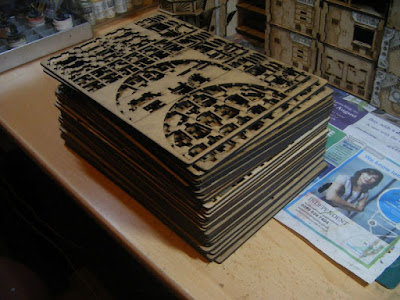 Of course, tomorrow I will also be painting those Japanese in between bouts of MDF work.
I'm not sure when I'll get round to working on the terrain. I'm hoping that I'll be able to get them primed and painted during the Challenge.
Posted by TamsinP at 20:25