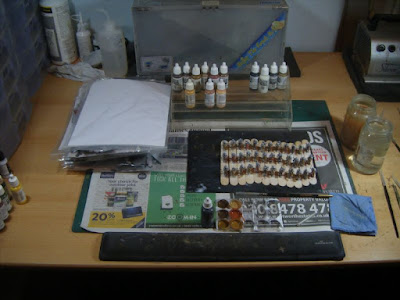 I finished the Japanese last night, took photos today and have submitted the post in good time for publication tomorrow.

With that out of the way, what's on the workbench now? 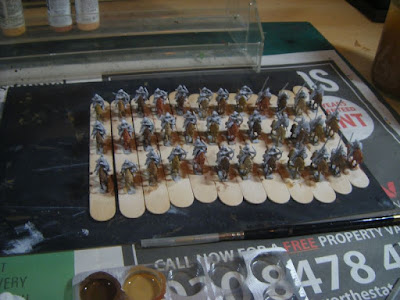 Some 15mm cavalry is what! So far I've done the base colours on the horses; later tonight I'll apply the wash and should finish detailing them tomorrow. Then it will be on to the riders. If all goes well, these will be finished by Thursday.

But what's in those bags? Ahhh, that's something I started work on a couple of days ago, but you'll just have to wait until they're done to see.

During the week I placed a couple of orders and they both arrived this afternoon: 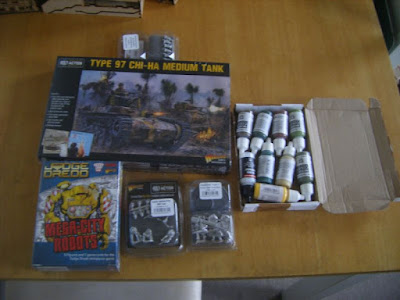 Some paints from SnM Stuff and some goodies from Warlord. 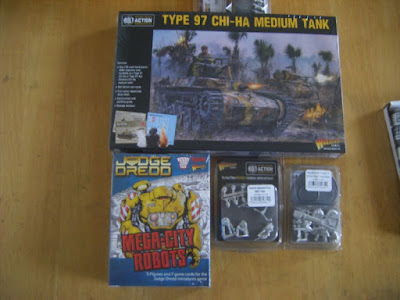 Another pack for Mega City One and some reinforcements for my Japanese. The other pack above the tank? Errmmm, well, that's for a secret project.
While I was taking photos of the Japanese earlier today, I also took the opportunity to take photos ofthe MDF terrain I'd assembled in something resembling a layout: 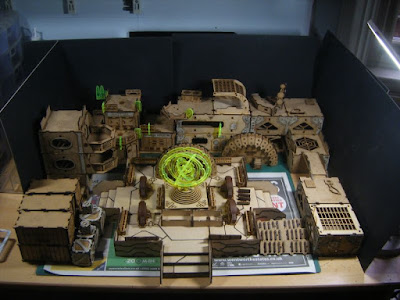 That's a very cramped 80cm x 60cm. I had thought I might want to order some extra pre-fab buildings, but it looks as though I might not need them.
Posted by TamsinP at 19:16