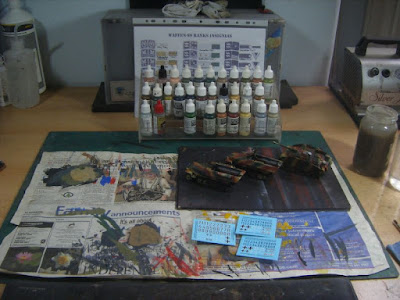 Errrmmm...yes, well. It seems that the brief heatwave we had here in the UK hit me a bit harder than I'd realised. Mostly the lack of decent sleep on those hot nights. As a result, it's not been until today that I felt up to painting. That being said, I've managed to do a decent amount of work on the half tracks and StuG today; just a few metallic bits to do tomorrow before adding decals. 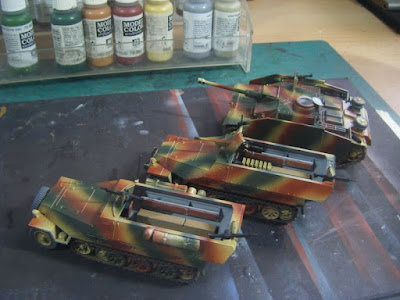 On the 3D printing front, I've been busy. 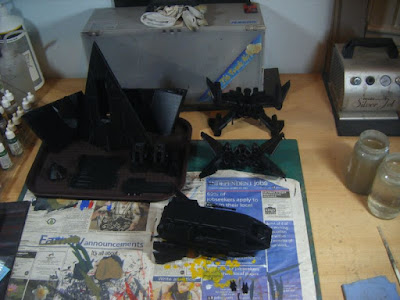 I did reprint a load of parts for the Type S: 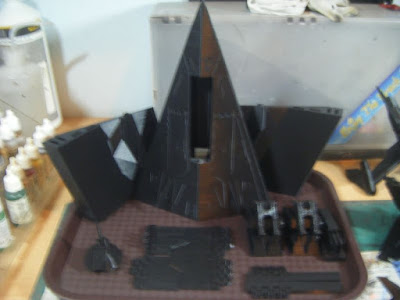 In addition to the fuselage parts, I also reprinted the landing gear, turret and landing gear bay doors at the reduced flow rate I'd determined I needed.

With those done, I decided to print out some small craft that I'd got as freebies: 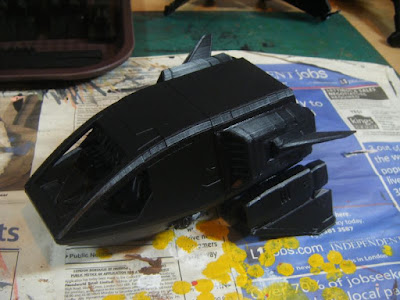 That was actually the first one I printed. While I was printing the two starfighters I realised that I could potentially add weapons from them to the shuttle. Then I thought about adding seating into the rear compartment to make it an assault shuttle - I had seating tiles from the Type S so I printed some of those. Then I wondered about making a stretch version - the top and bottom of the rear compartment can be printed repeatedly, so I printed an extra set which also allowed me to add more weaponry. I could stretch it further by adding another section, but that would probably need some extra engines... 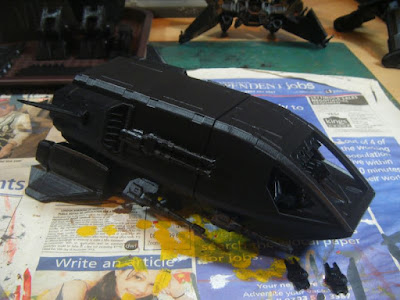 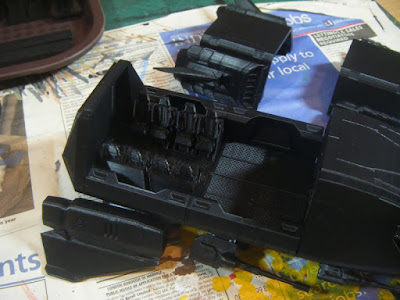 I've got another set of seating tiles printing right now, taking it to 16 troop capacity. I might take a look at 2nd Dynasty's store to see what other tiles they have which might be useful for other shuttle variants - I'm sure there must be med-bay tiles to make a Casevac shuttle for example.