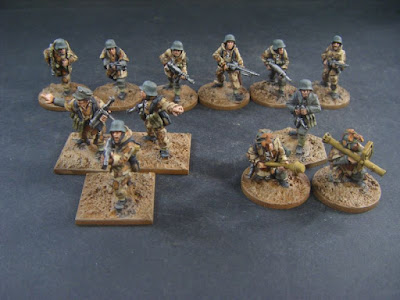 As predicted, varnishing these had to wait until today. These are the first figures for my core platoon, so are in autumn Oak Leaf pattern camo. 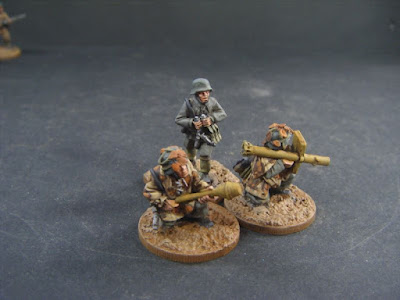 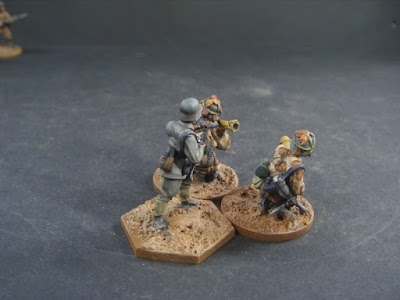 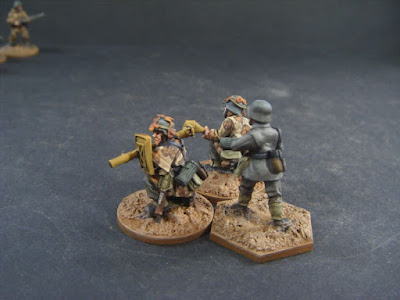 The platoon HQ group in Chain of command consists of a senior leader (as these are SS, a Scharfuhrer or Unterscharfuhrer) and a two-man Panzerschreck team. 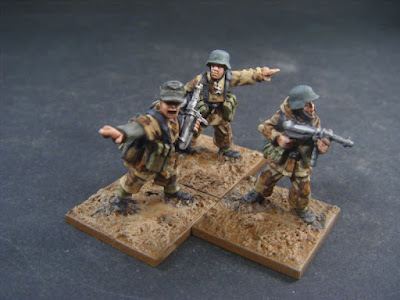 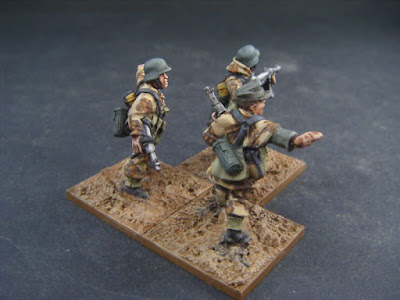 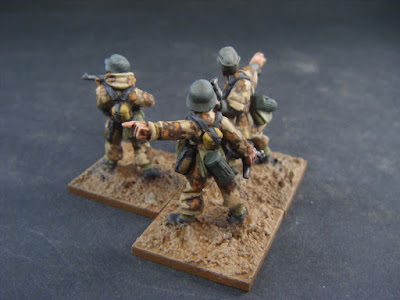 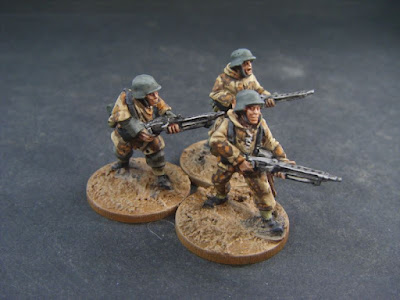 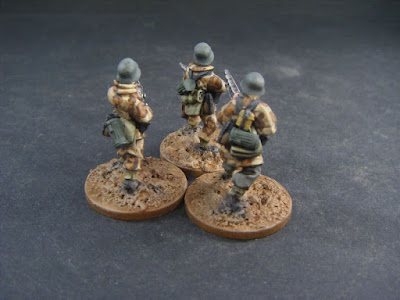 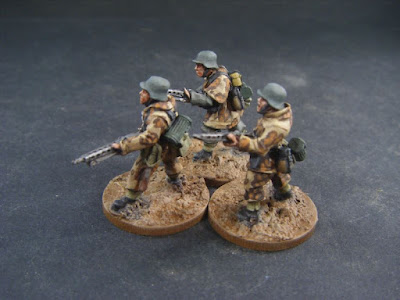 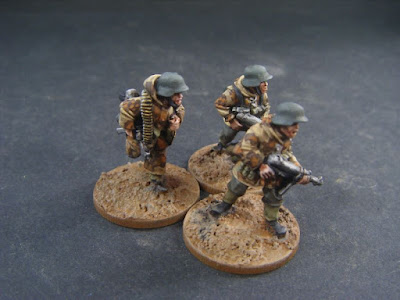 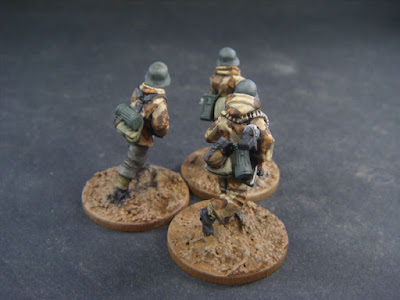 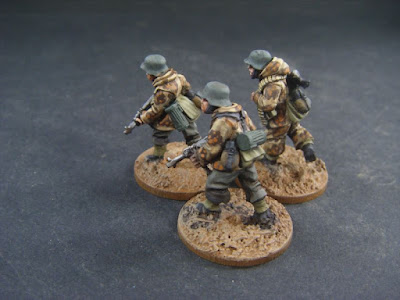 All of these figures are from Artizan.

I'm still waiting for the "reinforcements" to arrive from The Assault Group. Until they arrive and I can sort out which riflemen and MG42 team figures will be going to the core platoon and support squad, I only have a few figures which I can paint - I'll be starting on them tomorrow. I might have to resort to assembling some of the vehicular supports.