Tonight's FoG game didn't go (quite) as badly as it could have - I didn't suffer an army rout, I did do some destroy 1 of Dave's units (Roman Legionaries!!!!) and did pick up some very useful hints.

I'll do a more detailed AAR tomorrow (if I can remember exactly what occurred), but here are two teaser pics - deployments at the start and dispositions at the end. 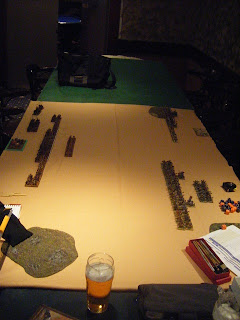 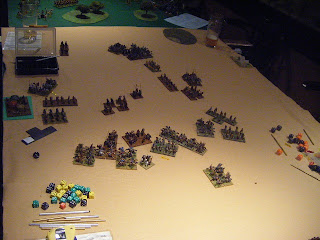 To some extent the movement trays I knocked up last night were helpful, but they were also a pain in the proverbial at times. I'll probably keep them for the lancers and maybe the light horse.