On the Workbench, WIPs and AAR

I was feeling incredibly drowsy last night, so I didn't post. I did get a little bit of work done though:

Assembled and primed (using Vallejo black primer) the figures for my 4th Sarmatian command group.
Did first stage of prep on my 30YW foot (145 figures!) - trimming sprue, vents etc and filing the bases

Today I've got quite a bit more done:

I've forgotten a lot of the details, so here are pics with some comments: 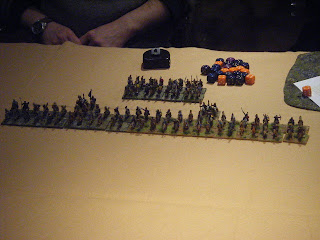 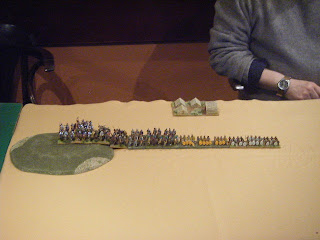 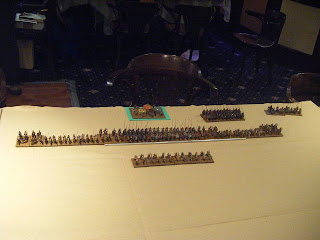 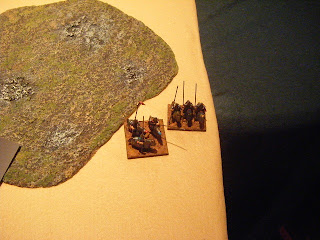 My first losses - the jammy git managed to kill one of my generals! 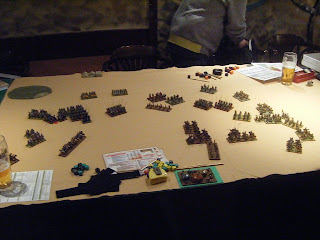 About 5 or 6 turns in, my army is pretty much everywhere fighting in small groups 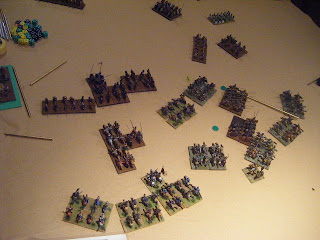 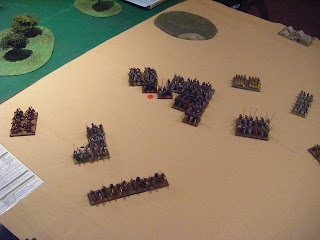 Meanwhile on my left wing, my Alan lancers are suffering in the melee against his Foederated Alan lancers. The 3rd BG of my lancers is pondering which unit of heavy foot will be the best to charge. 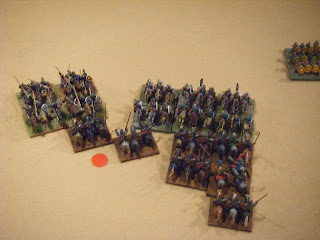 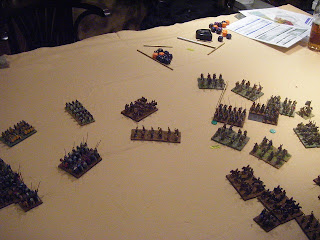 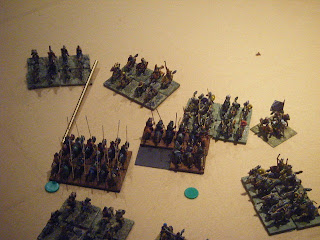 "Prepare to Charge!" (This unit managed to get shot down to fragmented this turn, then in the next turn got broken by shooting without losing a single base! Grrrrr!) 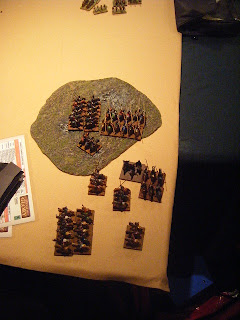 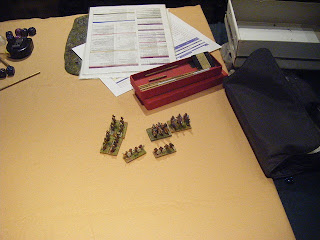 I would have been better off deploying my lancers in a single big block over to one side of the table, with the light horse on one flank, the bow cavalry on the other (or split one on each flank of the lancers). This would have allowed me to concentrate my "strike force" against one of Dave's wings, with my skirmishers acting to delay the other wing.