Rather than start this post with a photo, I thought it would be better to write something and then post a series of progress pics on the hills.

There, I've written something. Now for the pics. 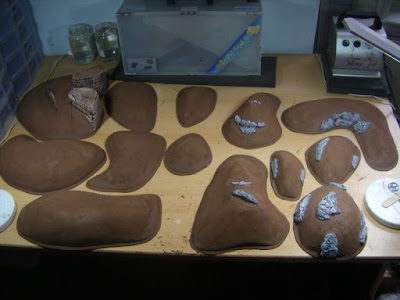 For the large piece I did the rocks to fit in with the wasteland rock formations I did last year: 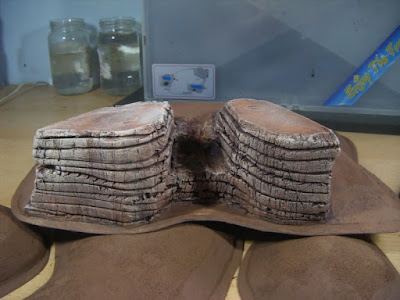 Grit and sand added to the wasteland hills: 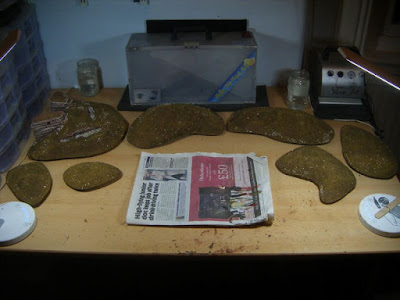 Sealed with a mix of paint and PVA glue: 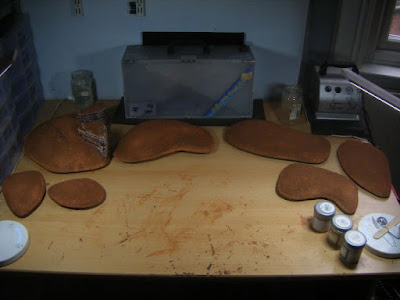 After three stages of drybrushing: 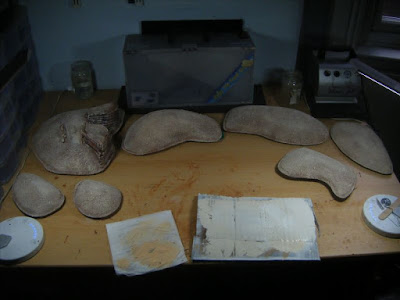 Tomorrow I will be going back over some of the rocks with a wash to add depth then I can call this set done (apart from a coat of matt varnish when the weather improves).

Late last night, Blogger had a bit of a meltdown. Something had happened which caused Chrome (owner: Google) to declare the entirety of Blogger (owner: Google) to be dangerous, malicious and/or deceptive. They also started flagging posts as having malware or viruses and deleting them. As far as I am aware only one of my posts was removed - I got an email telling me so. After commenting on the help/feedback thread someone had started about the issue, I did get another email telling me that the post had been reviewed and reinstated. It took me a couple of hours to find that rather than reinstate it as a published post, it had been reset to "Draft".

If any of you had posts deleted and reinstated, but they haven't reappeared on your blog, do check your posts list and see if they are back as "Draft".