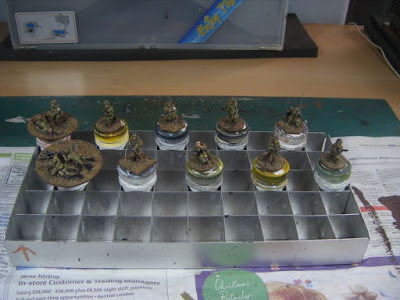 I've taken things slow and steady on this batch of US Paras. I finished painting them this afternoon; they'll be varnished tomorrow. 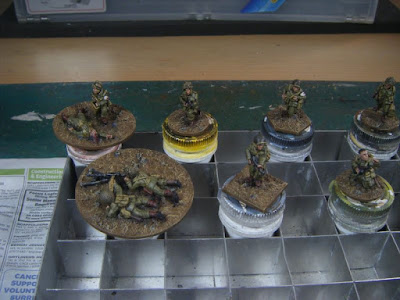 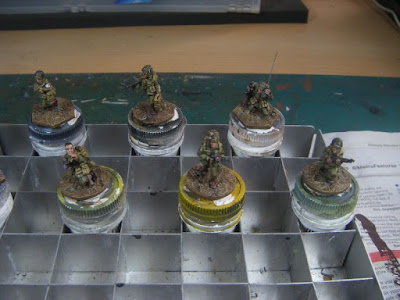 Next up will be a rifle squad from the 2nd platoon.
Podcast
I have kept forgetting to post a link to the most recent episode of "Seven Idiots Rambling", so it's about time I did. We recorded the next edition on Monday, which should be published on Friday.
The plan, now that lockdown is easing in the UK, is to switch to two-weekly recording with occasional specials recorded and released in-between. I suspect that the first "special" will be a discussion of the changes to ADLG in the 4th edition, once we have all received our copies.
Posted by TamsinP at 19:24

Email ThisBlogThis!Share to TwitterShare to FacebookShare to Pinterest
Labels: On the workbench, Podcast, US Paras