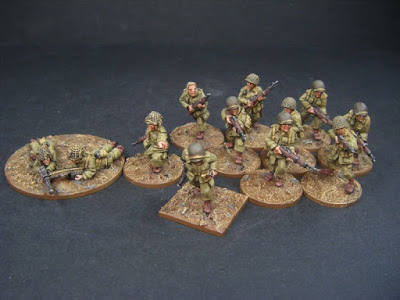 So, that's another  twelve figures finished in quick time. 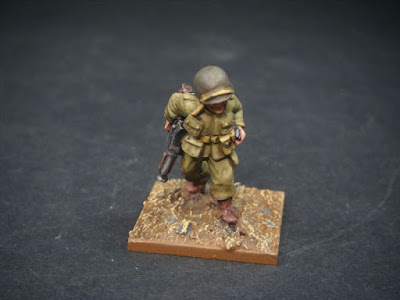 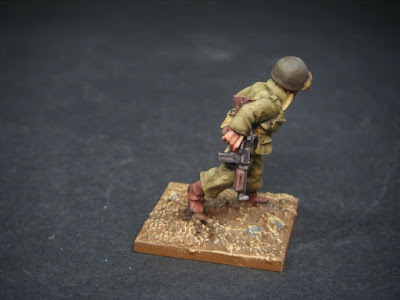 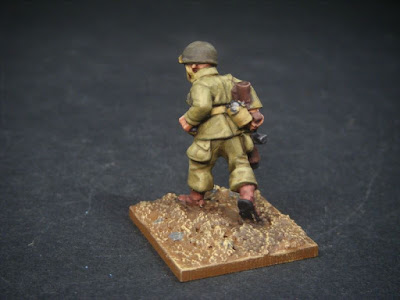 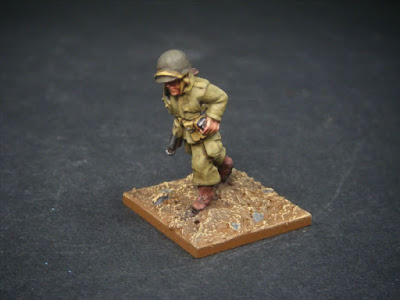 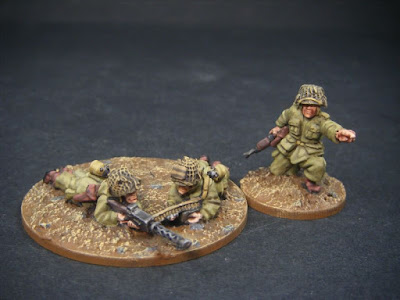 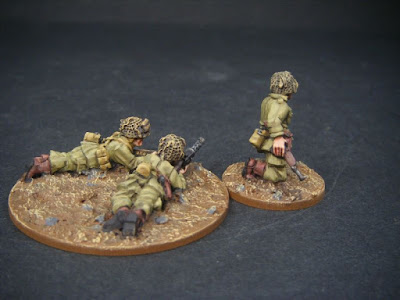 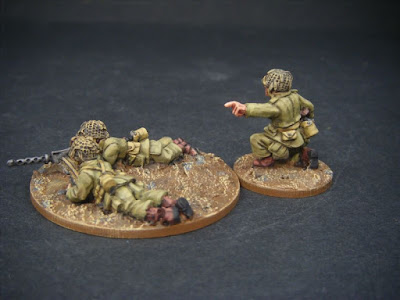 There seems to be a casting issue with the LMG assistant. On this one, the left foot seems to have been damaged; on the one from the other pack the left side of the face was miscast. I didn't notice the foot on this one until I came to paint the boots. 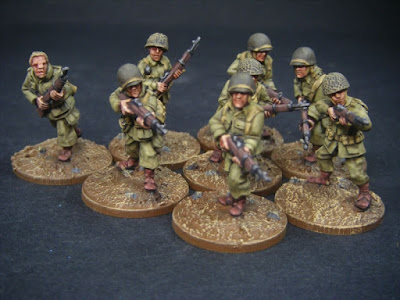 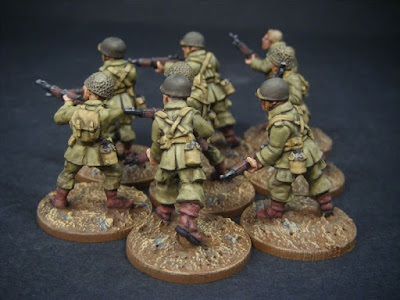 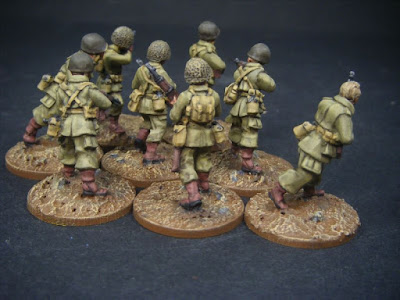 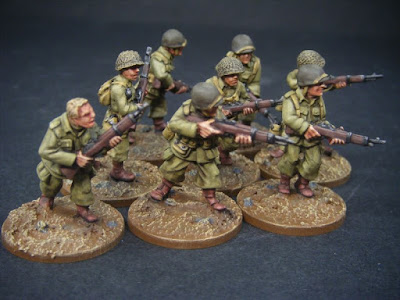 With the HQ Team, 60mm Mortar Squad and two Rifle squads painted that makes the whole of the first platoon, so here is a photo of them all together: 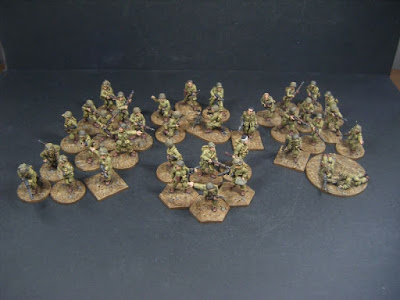 Before I move on to the second platoon, I've decided to paint up some support elements: 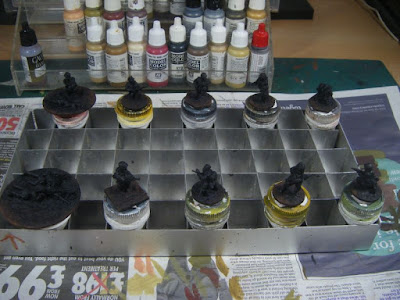 The front row are a tripod MG team; the back row includes a medic & casualty as a Jump Off Point marker, a sniper, a medic, an engineer with demolition charges and a radioman who will be a Forward Observer.

As it's my birthday today (the second in "lockdown") I'm taking things fairly easy and I won't have this batch of figures finished quite as quickly.