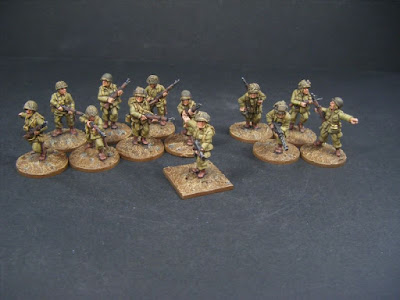 Well, that was quick. If I keep painting these at this rate, I'll have them all done two weeks from now. 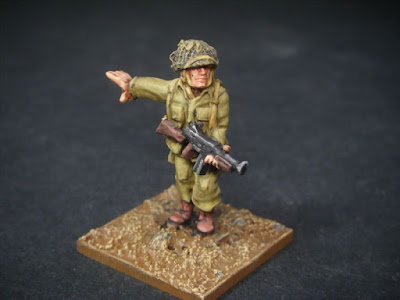 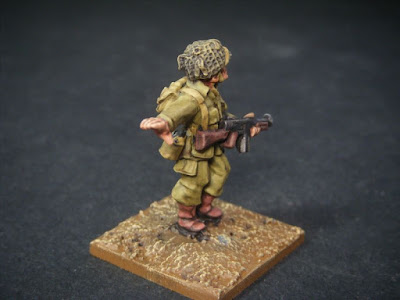 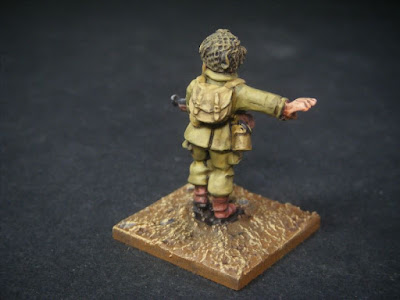 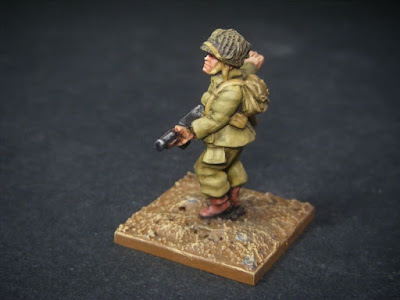 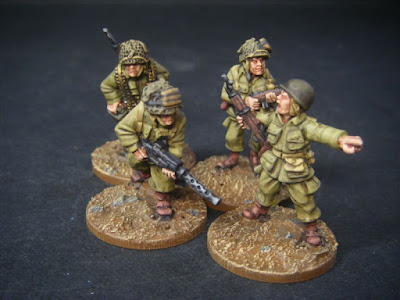 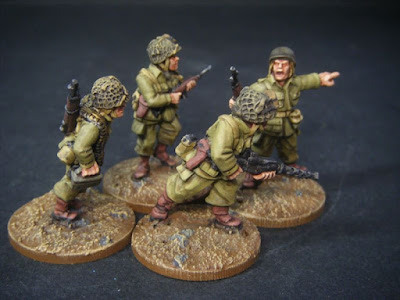 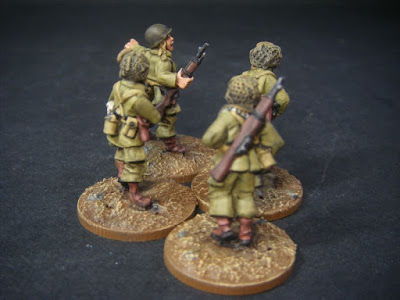 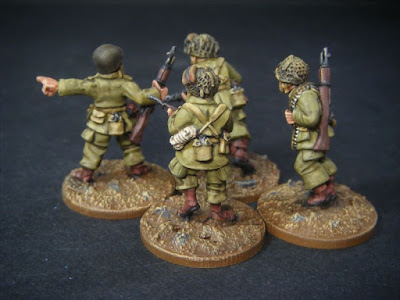 Having checked the US Para platoon list in the Chain of command rulebook, the rifleman (the chap pointing with his left hand) should actually be in the Rifle Team. I've just checked some photos and realised I made a mistake on the cartridge belt - the strip should be cloth, so I'll have to go back and repaint it. 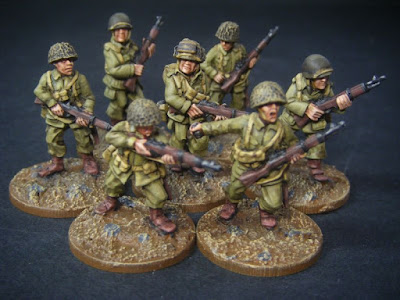 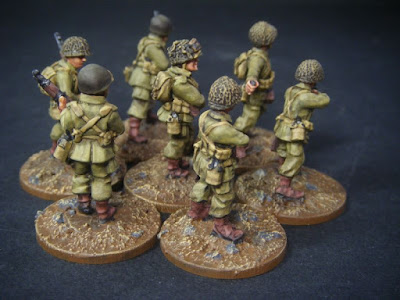 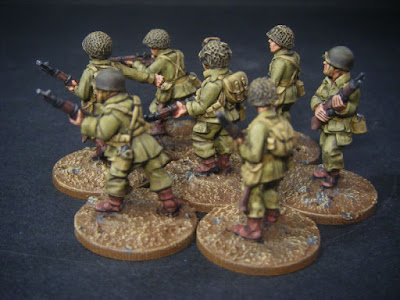 The uniforms for this batch have come out a bit lighter. That is down to one or both of two factors - I think there was less Brown Violet in the basecoat and I was also using Buff instead of Sand Yellow to mix the highlights.