Happy New Year everyone - wishing you a safe, successful and enjoyable 2017!

Today marks the 5th birthday of this blog. I will be doing a prize draw to celebrate at some point to mark the blogiversary and passing through the 750k hits mark, but I'm holding off until a third milestone is reached - 1000 posts. Don't worry, it should come around fairly quickly if I'm posting daily.

After posting last night, I cracked on and finished the batch of Nubians that I was working on: 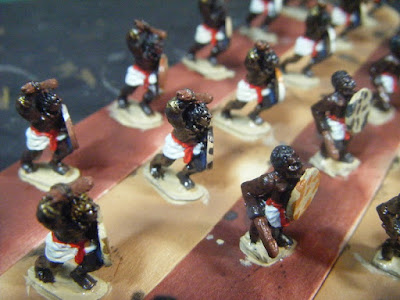 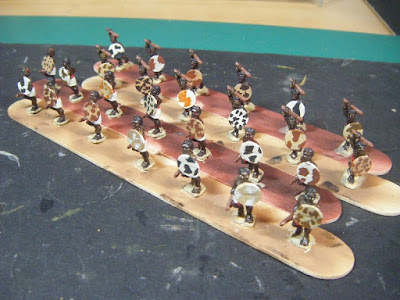 These chaps will form the bulk of the "elite fanatic warriors" for the army, with a few chaps from the next batch and some command figures.

Today has been very productive and I've motored through the third batch and finished them a short while ago: 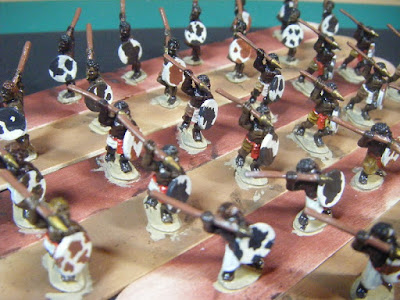 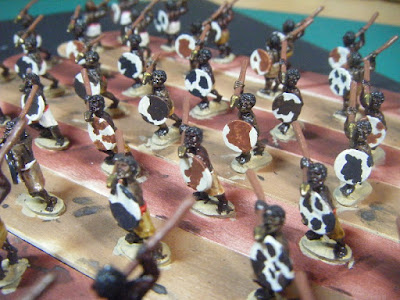 Some of these will go to the "elite fanatic warriors", the rest will be either LMI or LI javelinmen.

Here's a pic of everything that's been painted so far: 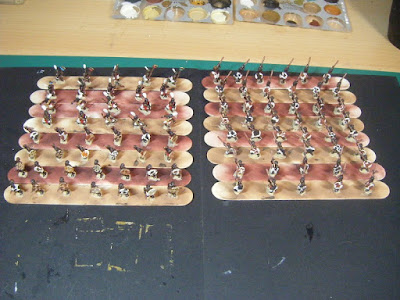 And one of everything that's left to paint: 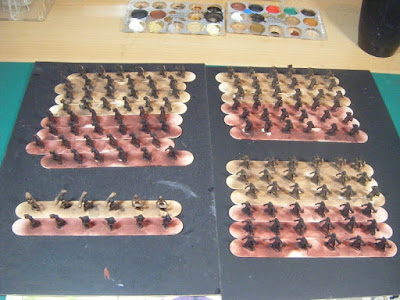 This lot will be the next batch to be painted:


I'll be making a start on them later tonight.


In the meantime, I've almost finished prepping the Sea Peoples figures - just 36 left to do, which I hope to get done this evening while watching TV.