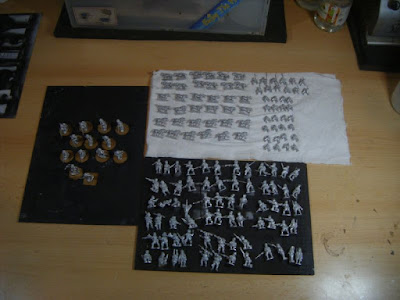 Figure prep is going well. In the photo above you can see the figures I've got done since Wednesday, and some that I'm still working on. 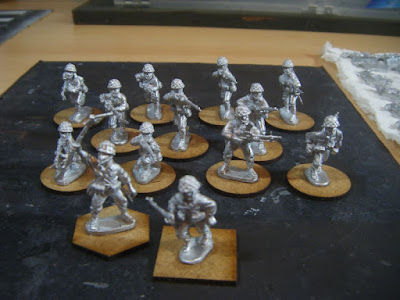 I just need one more riflemen from them to have a full Eureka squad. The chap on the hex base will be the platoon sergeant; the one on the square base will be the squad corporal. I do need to order a few more figures from Eureka anyway, so adding a single rifleman won't be an issue.
15mm Mongols and Georgians/Armenians: 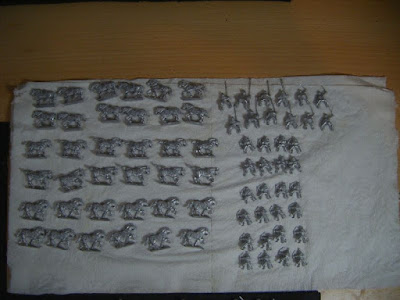 The top 2 rows are a mix of "knights" to use as Georgian/Armenian heavy cavalry. the rest are Mongol medium cavalry as I need to beef up that part of my army.
TAG 28mm Japanese: 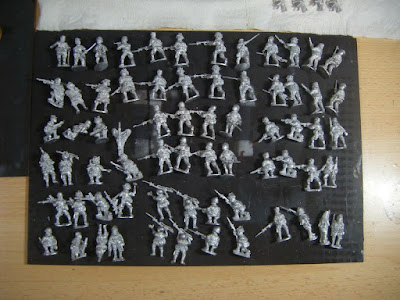 I've started the prep on these and should get them finished tomorrow if there is good daylight.
As the daylight wasn't very good yesterday, I did some priming instead: 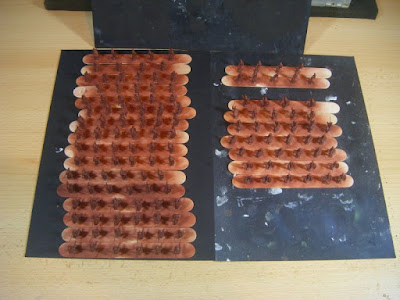 That's the ancient Germans done. I've checked and I don't need to order any more as I have enough here to fill out my heavy infantry needs and add a few bases of medium infantry as well.
I ran out of the red-brown primer on the very last figure - I've placed an order for some more.
I also glued the Warlord 28mm Japanese onto bases: 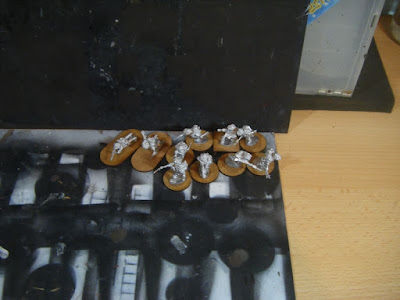 That's it for today. Hopefully I should get all the figure prep done by Wednesday and the priming done by the weekend. For the 28mm Japanese, I'll need to add basing gunk before priming though - that's a job I can do on days when the light isn't good enough for prepping.
Posted by TamsinP at 20:53