Before cracking on with the workbench post, I came across this book in The Works while shopping this mornmg: 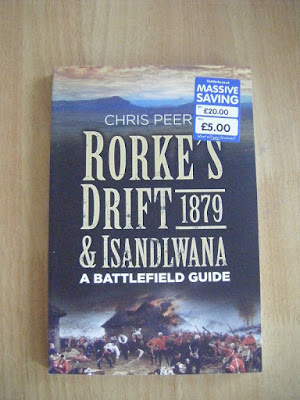 Before you ask, no I don't have plans to start on the Anglo-Zulu wars any time in the near future. It's just that it was a bargain and should be an interesting read.


But back to the meat of the post - the workbench update. I've taken the past few evenings off painting, so it was time to hit the brushes this afternoon. As I want to try to get all the Ming done before the Challenge kicks off, I grabbed out a few figures to work on. I've opted to finish off the medium cavalry first. 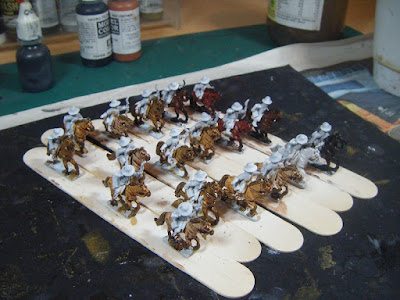 This afternoon I've started on the horses. Basecoats, manes, tails and points are done and they've been given a wash. I've added a few bays, a black and a white to add some variety to the duns. Later on this evening I'll probably do the white markings, eyes and if all goes well the leather bits. Otherwise they'll be done tomorrow.

These are for two units - the "blue hats" and "green hats". I might paint them all as one batch as there will still be a lot of colours in common.