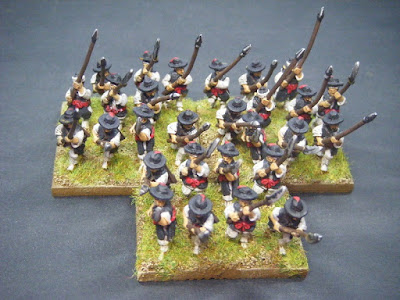 Today the third of the three sets of figures I finished while I had no internet at home. This time it's the last three bases of troops I need for ADLG. These two bases of "pikemen" and one of "swordsmen" add to the original four and one I painted a few weeks ago. 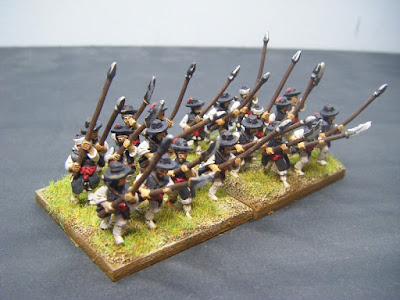 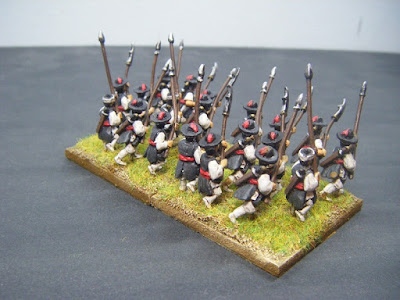 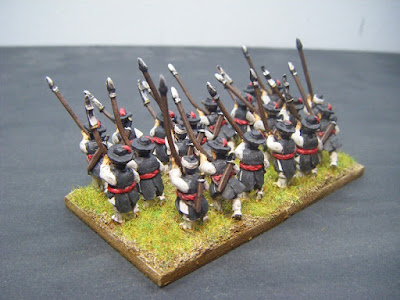 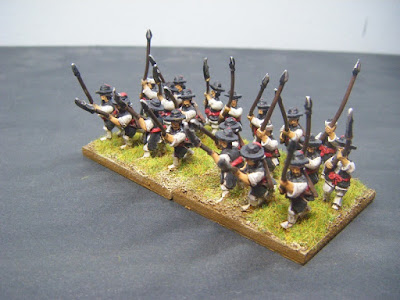 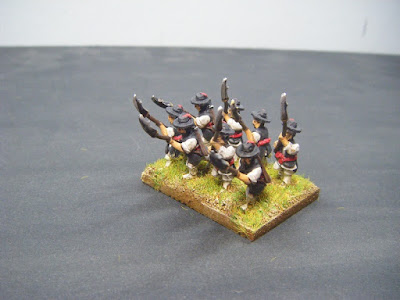 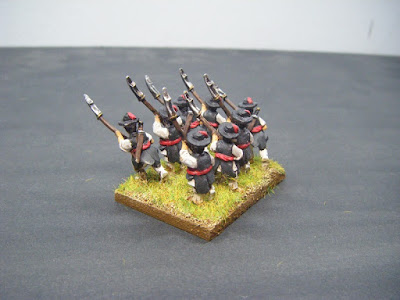 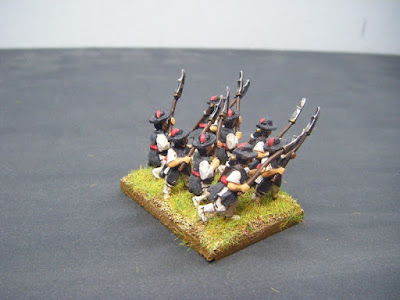 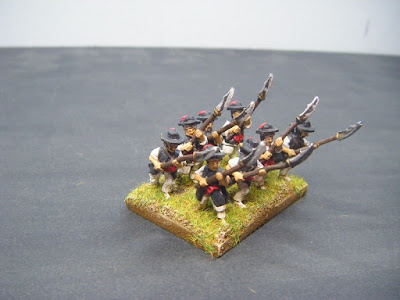 These won't be the last additions to my Korean army. I still have a bunch of levy "mob" to paint, and the FoGAM/FoGR lists allows me a few more bases of cavalry.

I've taken the last few evenings off from painting, and might take the next two off as well. I think I deserve it and I'm going to need to build up my painting energy reserves for this year's Analogue Hobbies Painting Challenge "AHPC "Ate"" which kicks off on 20 December. Luckily I've got lots of figures primed and ready to go, many of which were prepped and primed for the last one!
Posted by TamsinP at 22:04