I was in two minds about making the trip Sarrff ov tha rivva to the SELWG show at Crystal Palace last night, but I was feeling OK this morning (and not too late waking up) so I headed down despite knowing there were no trains and I'd have to face a long-ish bus ride from Brixton.

The bus ride turned out not to be as long as I'd feared and I got there at 10.30 with no need to queue. I started off with a tour of all the games to take pics (I'll be doing a separate post for those, posting tomorrow) before cracking on with shopping. I went with a short list and got all but two of the items on it (two Vallejo paints). And I may have purchased some things which weren't on the list. Oh, you know me too well - I did buy some things which weren't on my list, but they were all things which should have been on it. I did, however, manage to resist some temptations though.

The show itself seemed less busy than last year (which was less busy than 2015). A few regular traders were missing, but there were a few new ones to take their place. It was also evident that some of the games hadn't turned up.

I bumped into a large proportion of the CLWC membership at various times (including one at the bus stop in Brixton on the way down). I also met up with Ray, Big Lee and Postie for a good chinwag. I also had chats with Martin Goddard (Mr Peter Pig), Geoff from "Ham and Jam" a new terrain company and the ubiquitous Colonel Bill.

That's enough of an introductory burble though, on with the loot pics! 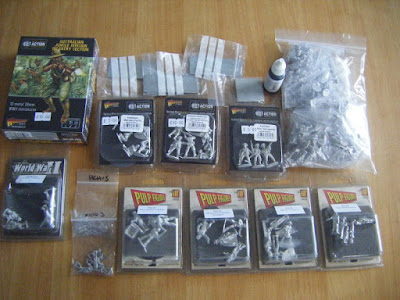 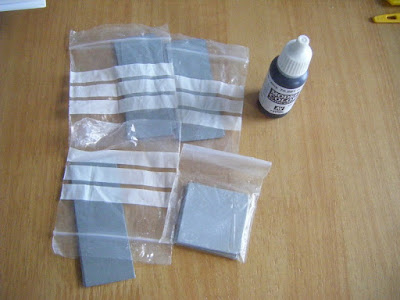 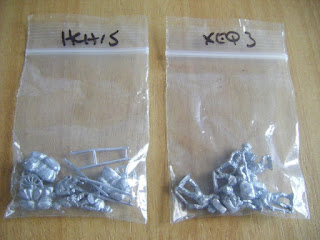 Some Chinese bearers and wheelbarrows to make up the camp for my Ming Chinese army. 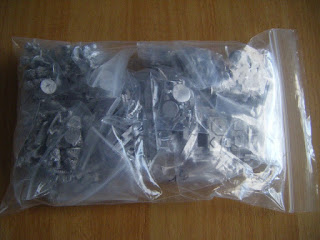 I hadn't planned to buy anything from GZG, but it had been a few shows since I last made obeisance to the Evil Mr Tuffley so...after making the ritual sacrifice of cash I was granted a boon of a bunch of metal.

A Kra'Vak force for Gruntz: 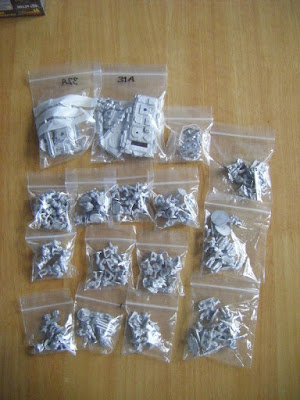 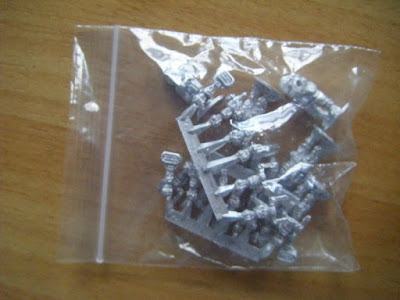 I had a chat with Jon after making my purchases about what shiny temptations he has in the works. There will be even more new stuff released for Warfare next month and probably some more by the end of the year.

From Warlord Games and Ainsty: 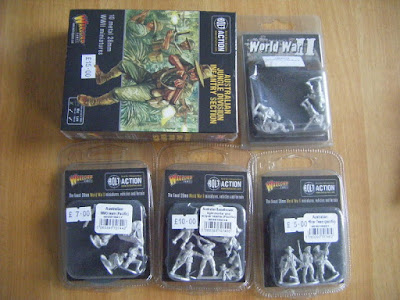 I think I mentioned a while back that I'd developed an interest in the New Guinea campaign, so I thought I'd pick up some figures to paint up. Ainsty only had the Artizan pack 2; I'll have to pick up pack 1 at some other time. I just need to get some of the Eureka figures to see how they fit with the Artizan and Warlord ones. These will give me a reasonable starter force (a short platoon) to be going on with.

Pulp Figures:
Also picked up from Ainsty, some packs I keep meaning (but forgetting) to buy: 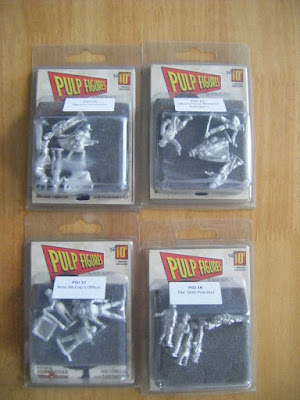 The top two packs should make an interesting "gang" for Mad Dogs With Guns - Agents of Justice and Mysterious Masked Avengers. Boss McCoy's Office will probably become the Mayor; the 13th Precinct will boost the boys in blue.


The Artizan are slightly shorter than the Warlord, but not so much that they can't be mixed.