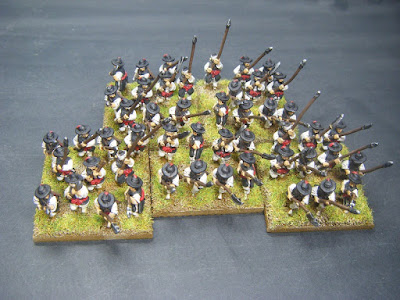 I actually got a bit further with the Koreans last night than I'd anticipated, which left me with just the drybrushing and flocking to do this evening. And here they are:

In ADLG, the bulk of Korean melee infantry are classified as "mediocre pikemen" rather than medium infantry with two-handed weapons that they are in FoGAM and FoGR. This does make them tougher, but slower and less manoeuvrable. 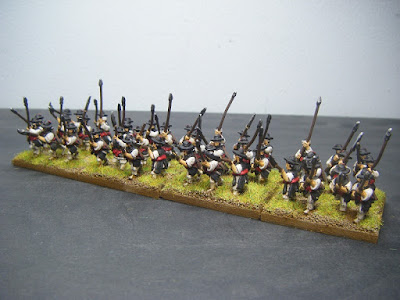 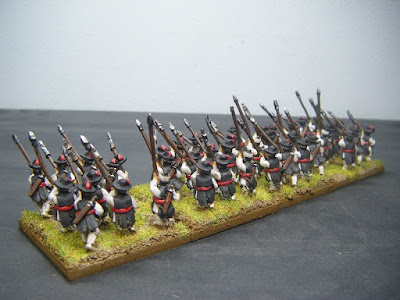 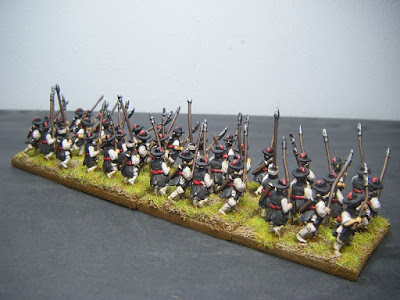 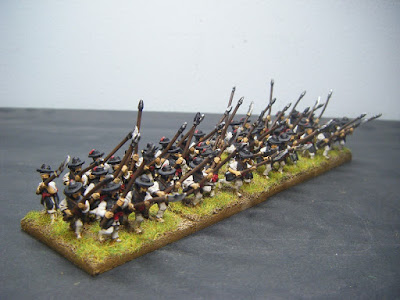 Doing the basing texture was a bit more awkward than with the Ming Chinese as the figures are quite crowded on the bases. I was using a syringe with a wide-bore needle to apply the paint/PVA mix but decided after a couple of bases to thin it down a little. Big mistake - that meant it wicked up through the sand making it stick much deeper. Lesson learned for when I do the next batch.

In ADLG the elite melee foot are "heavy infantry swordsmen two-handed weapon" - tough, slow but not as unmaoeuvrable as the pikemen. 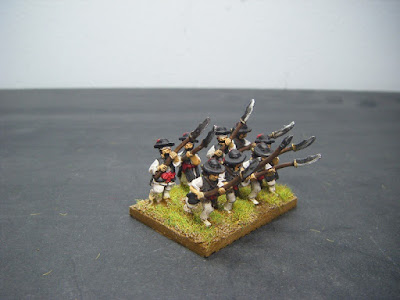 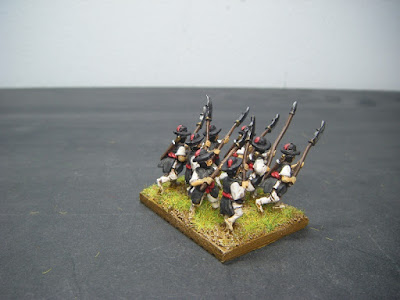 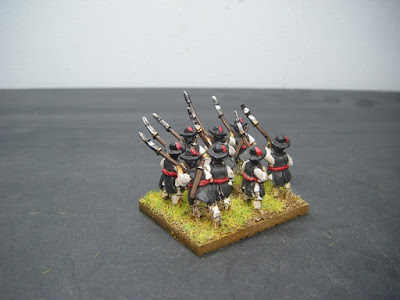 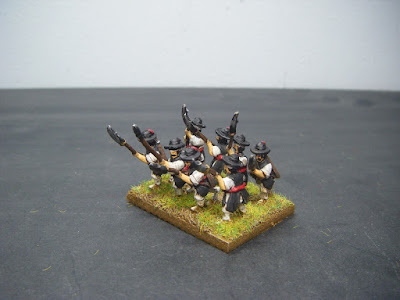 This weekend I'll crack on with another Ming Chinese unit, probably the "red hat" horse archers.