Yes, I'm back from the wolds of Sussex and have flocked the bases since getting home. I guess you want the pics, don't you? 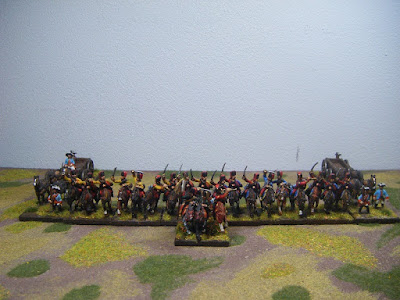 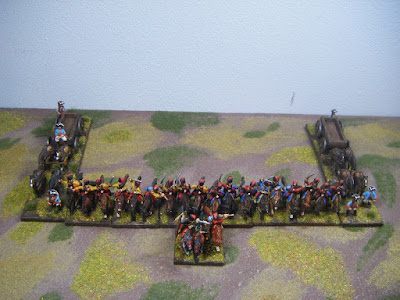 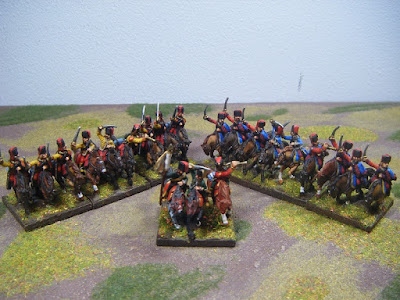 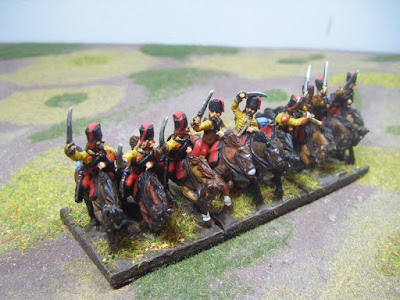 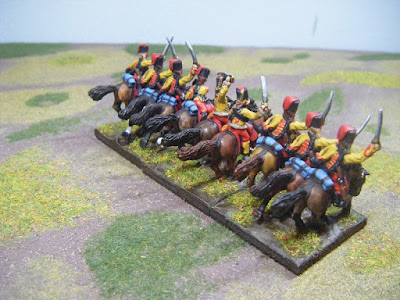 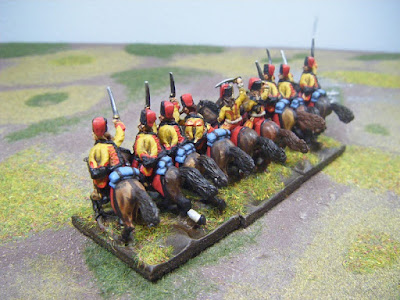 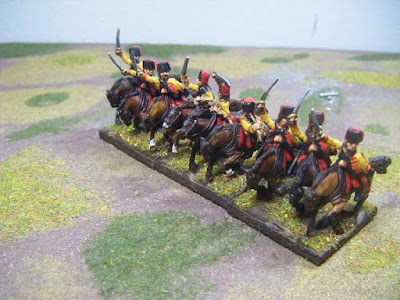 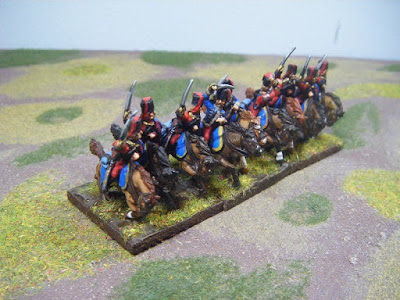 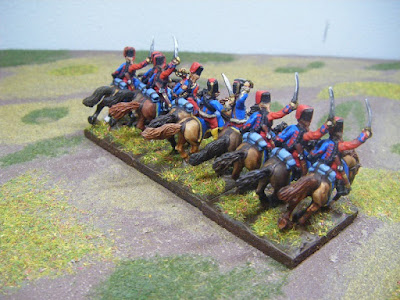 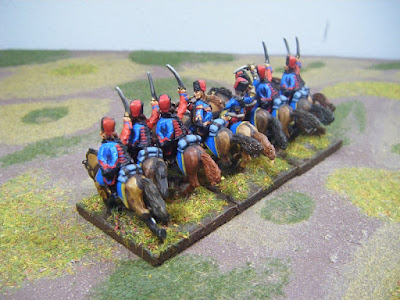 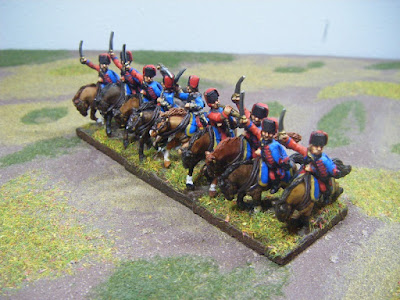 Or they could just as easily be the 1st or 2nd Novoserbskiy hussars, who wore exactly the same uniforms... 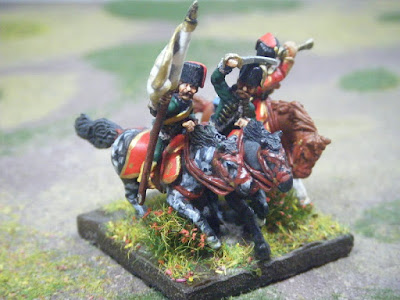 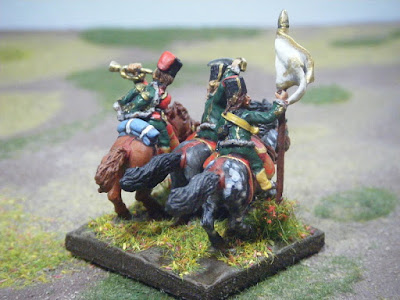 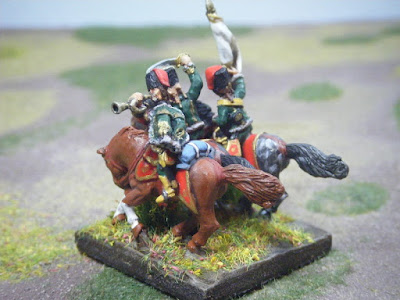 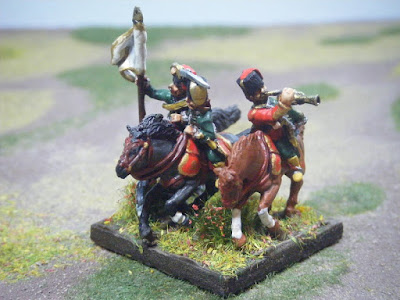 Prince Aleksander Petroskiy is a very minor royal, something like 200th in line for the throne, so is allowed to risk his life on active military service as a general in the cavalry. As a young man who loves to cut a dash, he has modeled his flamboyant uniform on that of the hussars he has the pleasure of commanding. Apparently many of the young ladies at court have been known to swoon when he appears in uniform at balls...something to do with the tight breeches I am told.

Well, that's enough flamboyance and frippery - back down to earth with some elements of the artillery logistics train. 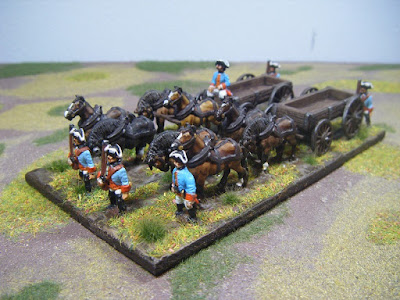 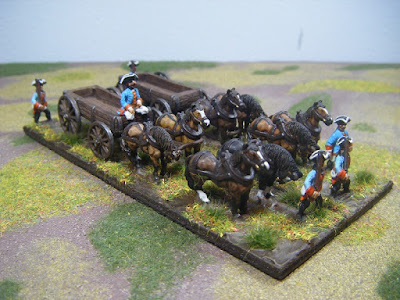 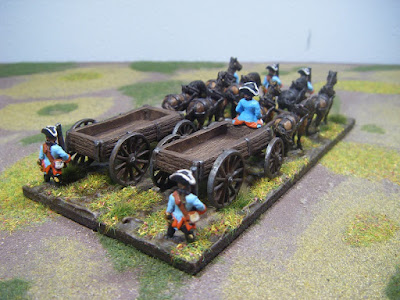 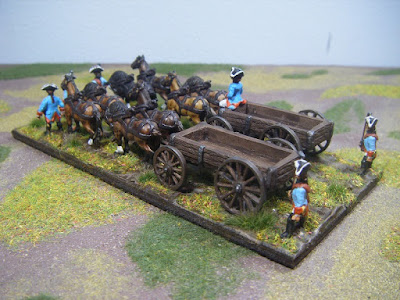 Yes, two wagons driven and escorted by members of the Fusilier regiments created from the remnants of the Observation Corps after it was disbanded. Of course, it was only when I went to do the flocking that I spotted that I'd painted the coats of the drivers in a slightly darker shade than the escorting fusiliers. It's hardly worth me going back over them now, but I will have to remember it for any future wagons. I should probably also buy and paint up some loads for these two conveyances.


As always, all the figures are 15mm from Essex