With the army reviews taking a temporary hiatus and with me having a week off work, it was time to get back to the brushes and do some painting. It has been a few weeks since I last painted anything, so it was about time.

Yesterday I did make a start on the Raging Heroes figure, but the base coat for the flesh exposed some mould lines. I quickly removed them with some light filing, then reprimed the areas that had had paint removed.

As I'd have to wait at least 24 hours for the primer to fully cure, I went back to Plan A - the reinforcements for my SYW Russian cavalry. And "hussar general" and the wagons. So, out with the paints to make a start on the horses. All 65 of them. By the time I called it quits, all of them had been basecoated, had manes and points done and the appropriate horseflesh wash colour liberally applied.

This afternoon I added white markings and painted the tack for all of them: 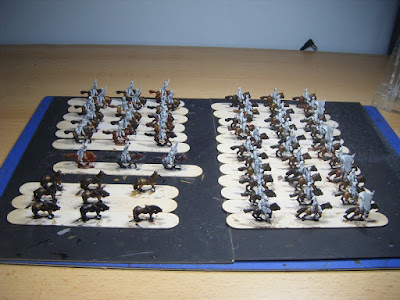 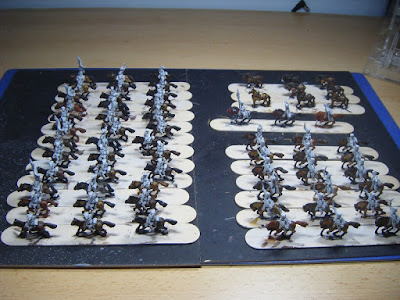 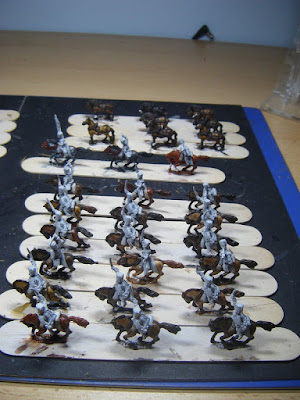 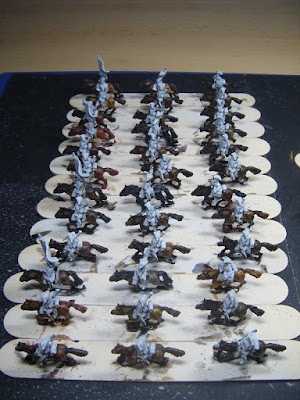 I've set aside the hussars, hussar general and wagons for now so that I can focus on the dragoons and horse grenadiers (as they have the same uniforms). The first colour has been applied - Medium Blue for all the coats and the saddle cloths and holster covers of the dragoons. For the horse grenadiers the saddle cloth and holster covers will be painted Iraqi Sand - I'll do that a bit later on, after giving the blue a wash. 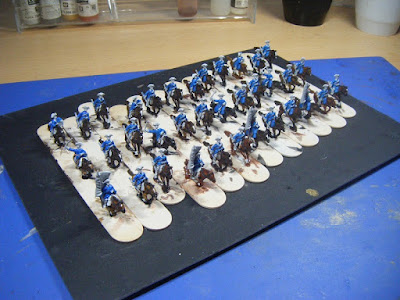 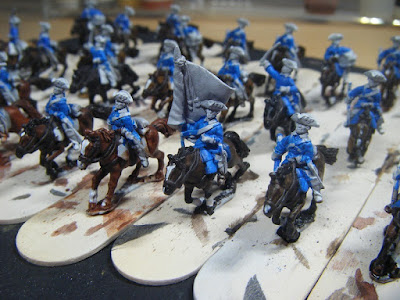 If I push hard on these tomorrow, I might be able to get them finished apart from the flags and varnishing. Then I can crack on with the hussars - huzzah!