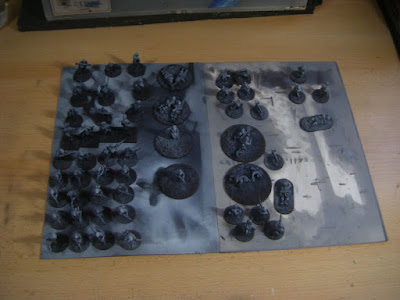 It's Wednesday and I have remembered to do a workbench post this week! As you can tell from the photo above, I have got the later war Germans primed. I got that finished yesterday.

There was a reason I didn't finish them on Monday - I was out most of the day gaming. I had decided it was about time my ancient Germans got blooded, so I arranged an afternoon and an evening game at the club. The afternoon one was against IanM's Triumvirate Romans, led by Julius himself. The dice were wild for both of us, either one extreme or the other with very few middling rolls. That led to some crazy results once the battle lines clashed. It all came down to the final two combats in one turn - Ian was one point away from breaking and I was two away. I lost the first of those, leaving us both one point off breaking, then the dice gods favoured me - I won it, despite being down a factor, causing Ian's unit to take the cohesion loss I needed to break his army!

Here are some photos of that game: 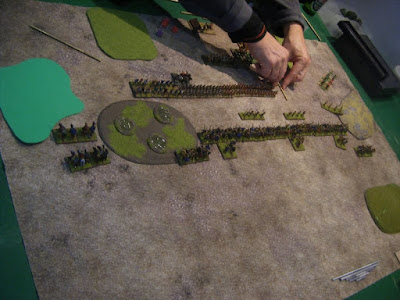 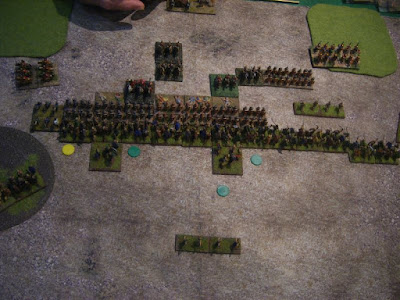 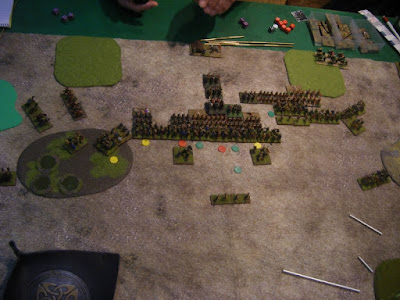 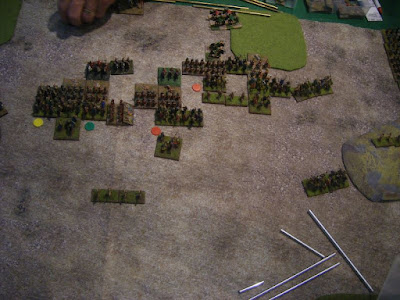 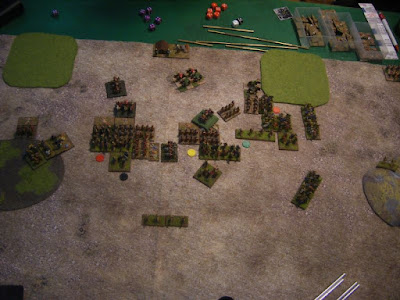 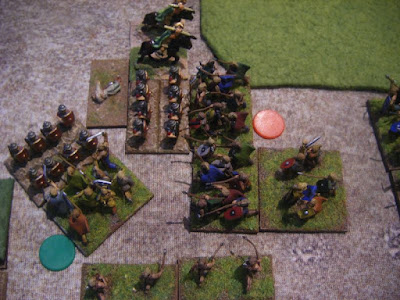 The evenign game was against DaveM's Early Imperial Romans. I was running a slightly different list, using an allied command of Batavians. Luckily for me, they passed the test in the first turn and didn't go "hesitant". Unluckily for me, I had made a complete hash of my deployment - I should have put that command on my left flank and the command with cavalry on my right. Lessons learned...
I forgot to take photos of that game. Because of my poor deployment, the Batavian medium swordsmen were facing elite Roman heavy swordsmen and got badly mangled; on the left flank, my medium cavalry were matched up against Roman heavy cavalry and suffered equally badly. I also suffered from the dice gods' disfavour almost every time it was crucial. Still, it was a good game overall.
Posted by TamsinP at 21:36