Well, after having to recharge the drill battery twice (it's a light duty drill and I was drilling into an old chimney stack, so the charge depleted quite quickly) the shelves are finally fitted. Which meant it was time for the inevitable task of moving things into my new hobby/painting room. I've still got a lot more to move in over the next few days and sorting out where everything should go. Here are some pics of how it looks at the moment: 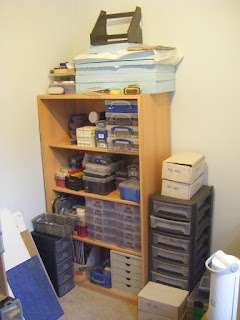 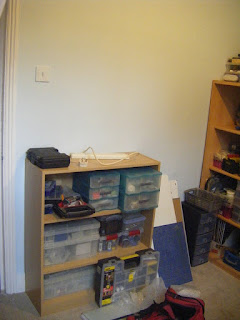 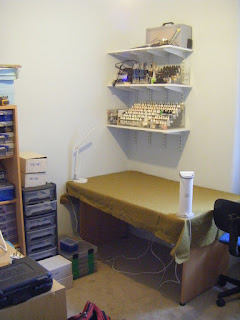 My original plan was to have the desk so that a short end would be under the wall shelves, but discovered that the old hearth is under the floor, right where one of the "feet" needed to go. If I'd known that before, I'd have gone for 120cm rather than 80cm shelves - maybe something to do in the future.

If you're wondering why I've draped my green gaming cloth over my painting desk, I've decided to use this opportunity to take pics of my various armies before homing them in these bookcases.

There's room for a third narrow bookcase next to these two - I'll probably need it!

I might do a bit of furniture rearrangement in the room once I've had a chance to settle in.


While I was waiting for the drill battery to recharge, I needed a quick project to work on. I decided it was time to put together one of the TT Combat buildings I bought at Salute this year. Having learnt from previous buildings I decided to do some of the painting first, particularly the interior, before assembly. Some pics of the finished building: 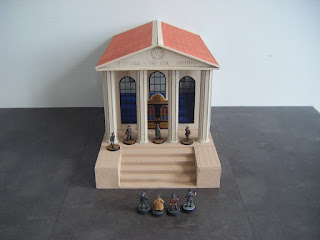 With all those criminal types around in Salutesville, the Supreme Court is going to be kept busy. 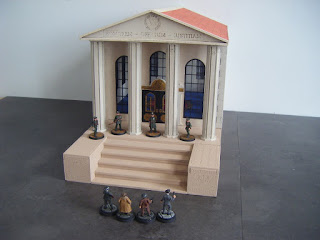 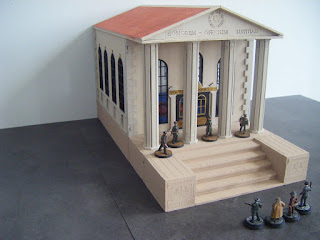 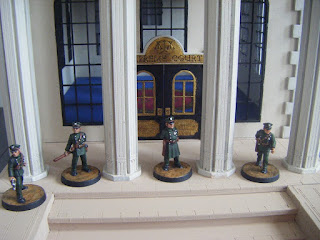 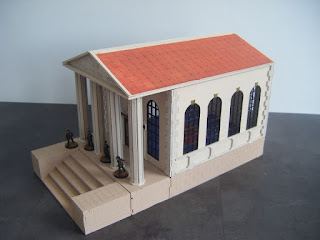 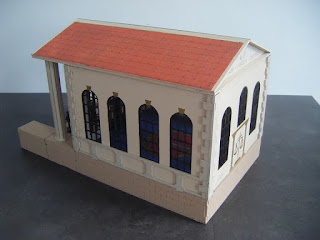 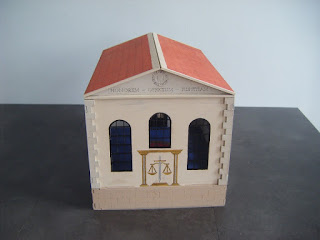 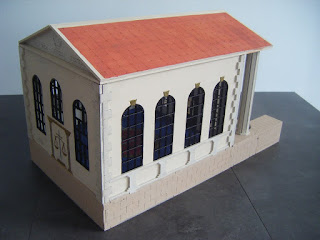 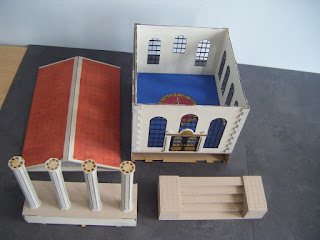 Conveniently it breaks down into four parts 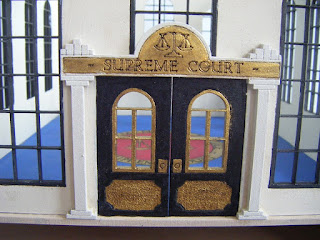 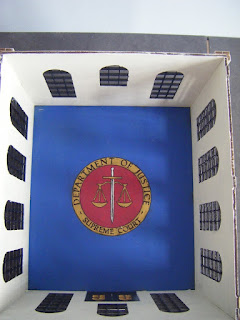 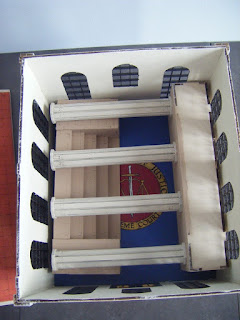 Even more conveniently, the portico and steps fit inside for storage/transport.

There's still one part left to paint - the judge's pulpit/bench. I'm trying to decide on the colour scheme for it. 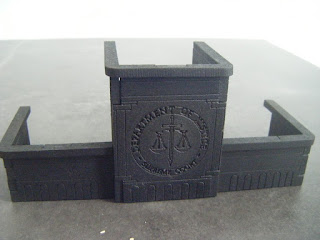 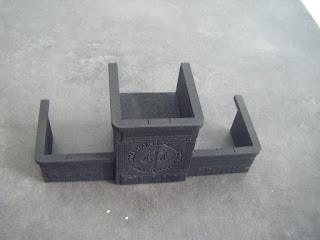 Tomorrow will see me securing the first set of bookcases to the walls in my lounge and fitting the shelves in them. Followed by photographing armies and homing them on the bookcases in my hobby/painting room.