OK, so I got the bases dry-brushed and flocked this morning and took pics, before spending several hours sorting out the scenario, map, force lists, player briefings and figures for tonight's Gruntz game. I'm now in a bit of a rush to get this posted before I head out to the club!

So, piccies of the finished figures: 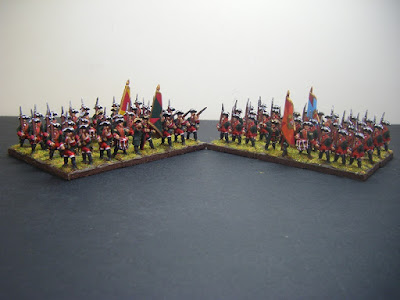 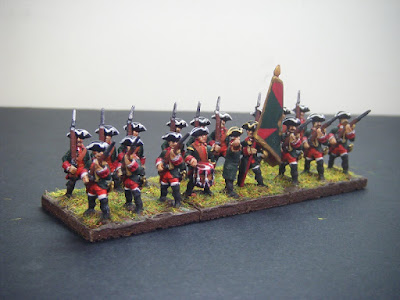 My cunning plan of using the 6 leftover "at ready" figures worked a treat! 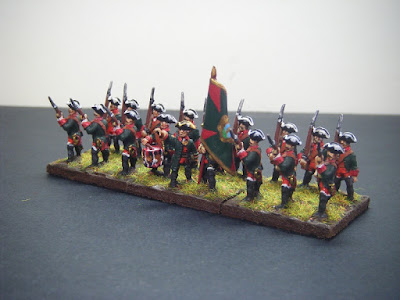 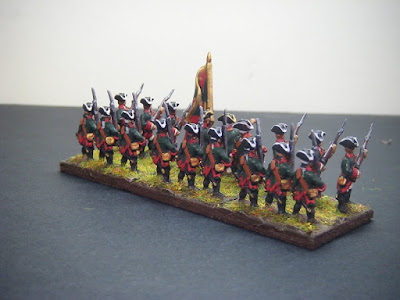 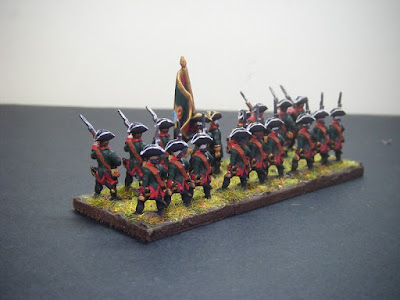 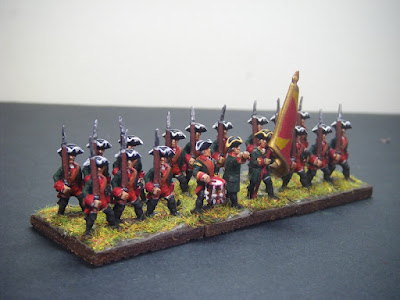 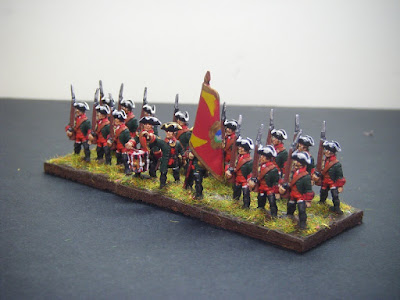 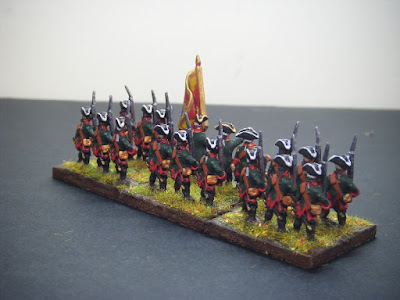 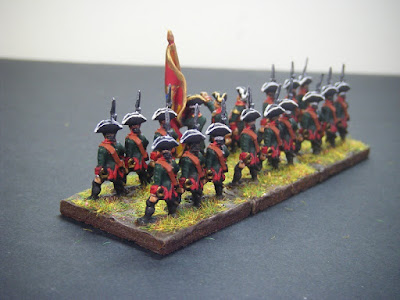 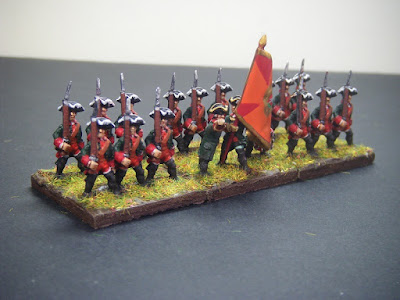 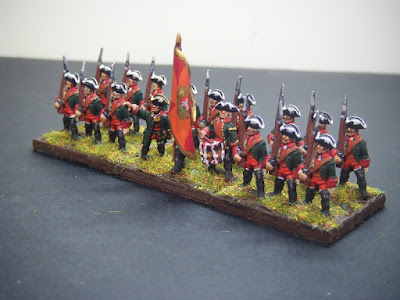 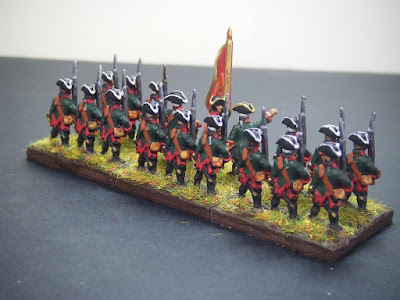 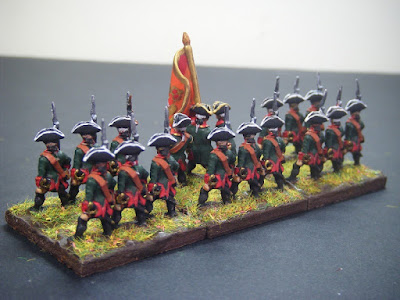 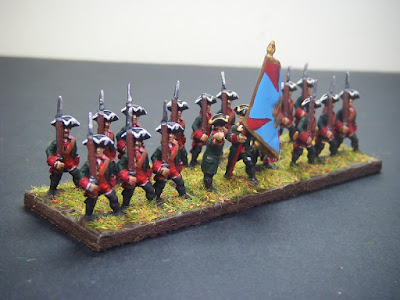 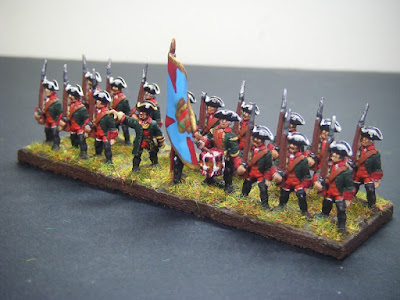 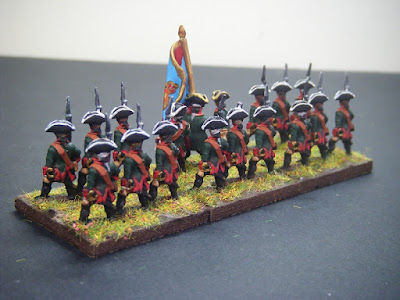 Well, there I go - another four regiments completed, taking my army to 16 foot regiments (4 grenadier, 12 musketeer). For my next trick I want to expand my cavalry from 10 to 16 regiments - 3 more horse grenadiers, 1 more dragoons and two more hussars I think are the order of the day. And perhaps a commander in hussar uniform.