I've spent most of this weekend prepping the SYW Russians and have finished them all. That just leaves putting them on sticks for painting, priming them, painting them and then basing them. Hmmm, maybe getting them all prepped isn't that much after all.

My starter force will comprise:

I hope to make a start on them this week, probably the infantry first. However, as the standards are cast on in such a way that they can't be removed, I'll need to decide which regiments they will be so that I know how to paint the flags.

I've also managed to pick up my paint brush for the first time in months today, and made a small start on the Mongol light foot. I'll probably do a little bit more before bed, maybe the coats. 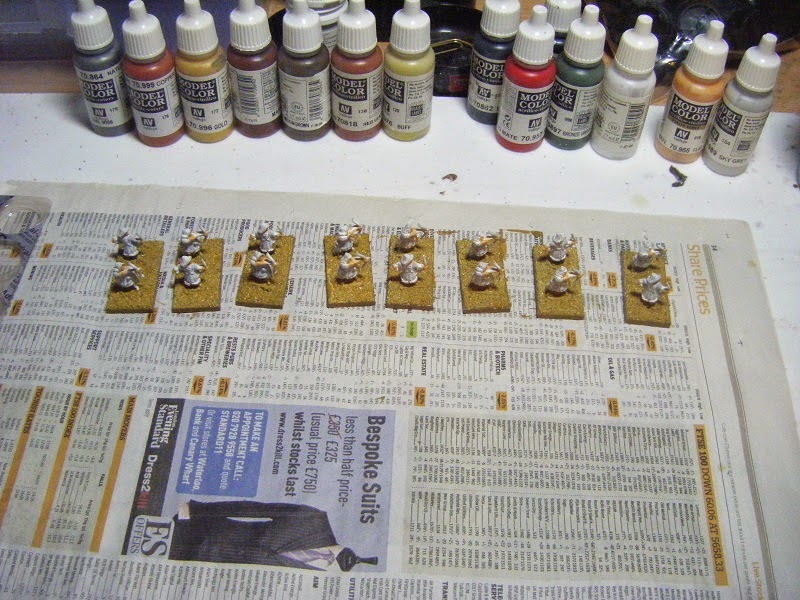 I'll carry on with these over the next couple of evenings. They shouldn't take long to finish.
Posted by TamsinP at 22:17