Made it to SELWG

Luckily my Amazon parcel got delivered just before 11.30 which meant that it would be reasonable for me to head down to SELWG. I ended up getting there just after 1pm. 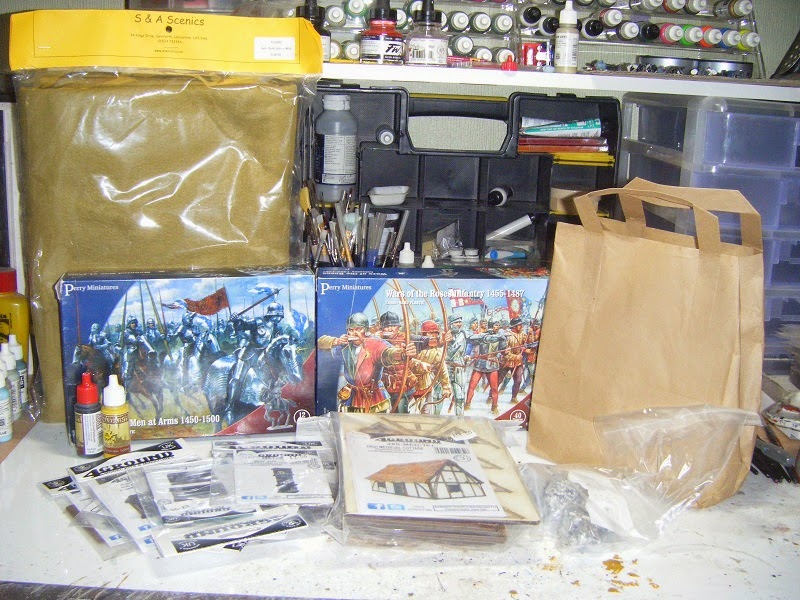 First stop was the GZG stall - luckily the Evil Mr Tuffley was just heading off for a break when I got there, so I was able to keep to my shopping list and only buy the NSL power armour troops. 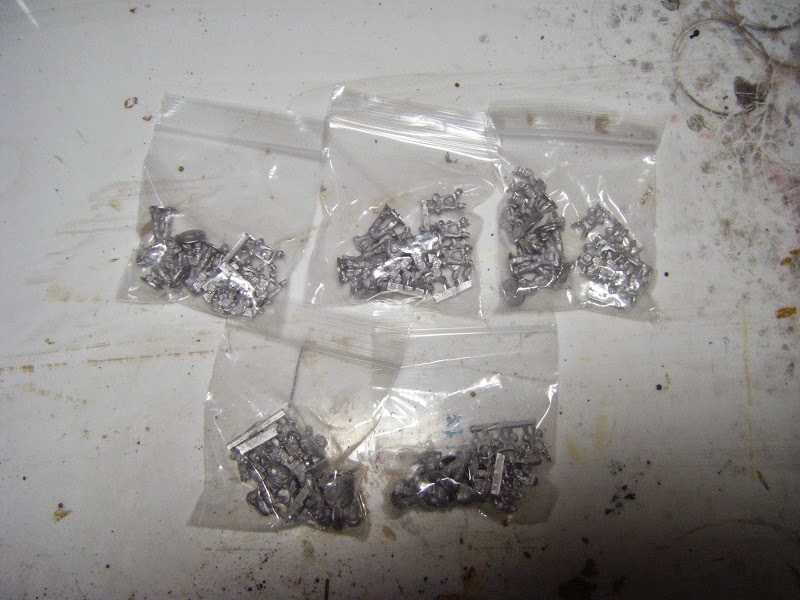 As I was heading away from there I bumped into Clint and had a brief chat. He let me know that the rejects were still around somewhere. After a catch up, Clint headed off home and I made my way around the traders and games upstairs before heading down to the main hall, having bought the Perry WotR plastics I wanted from Harfields.

I don't know if it was due to my late arrival, but it seemed emptier than previous years. A few empty spots where there are normally traders, some empty games tables and fewer attendees.

Downstairs, my first shopping stop was for some 4Ground bits from Colonel Bills. I bought a late medieval cottage and a bunch of furniture kits. 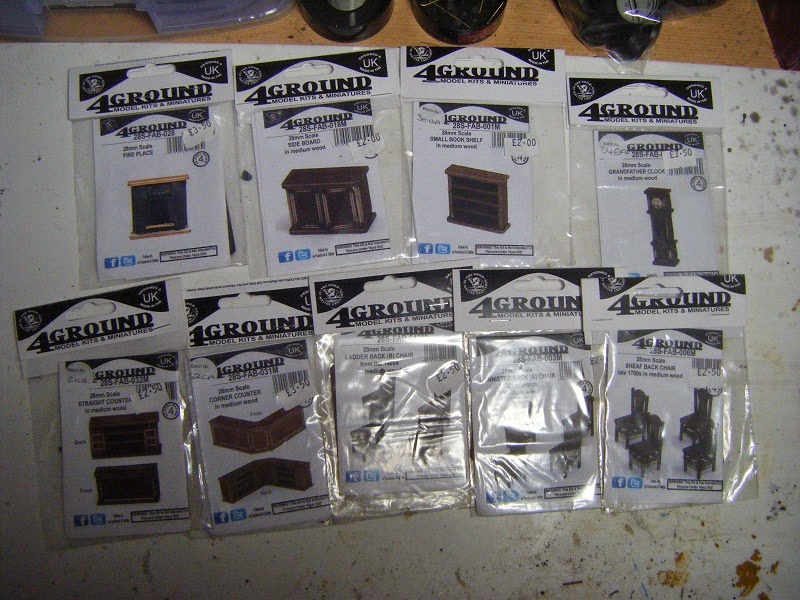 I also picked up a bottle of Army Painter yellow paint and strong tone wash, from Caliver I think.

Toddling round, I bumped into Big Lee and had a chat for a few minutes, then headed to the Essex stand to make my foray into the age of lace. As I hadn't spent excessively more than my original plans I decided to add a few bits to my planned order. A couple of packs were out of stock and they took my address and said they'd post them to me tomorrow. 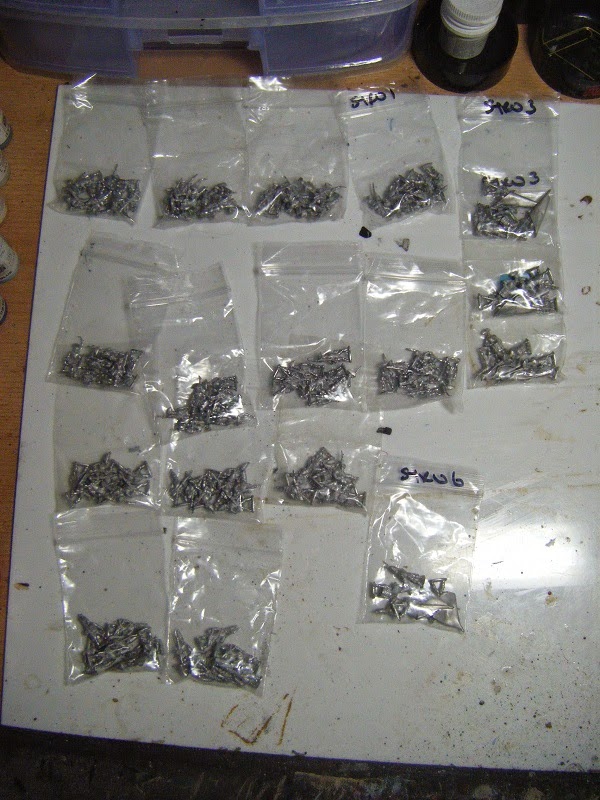 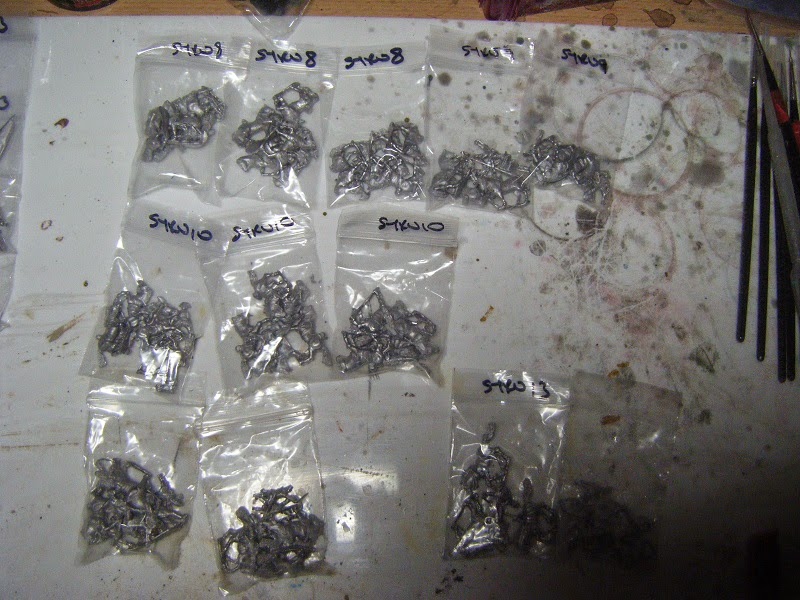 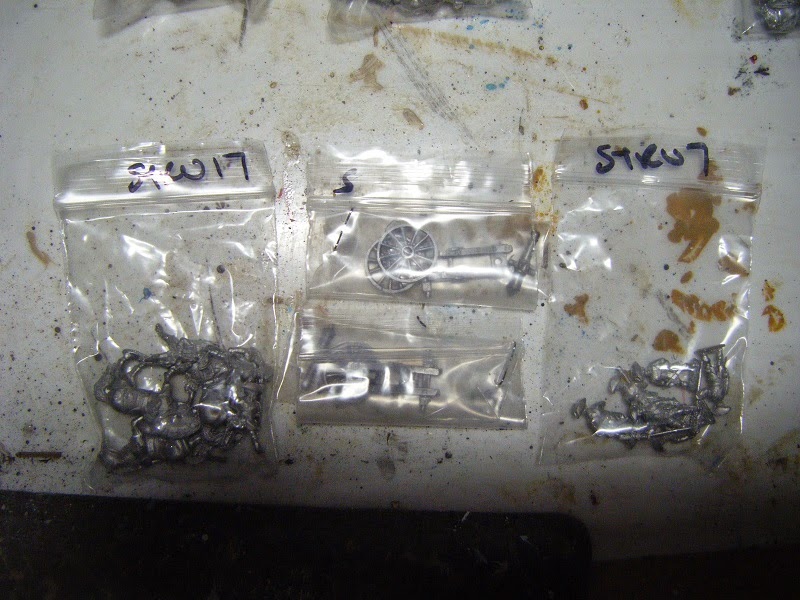 
On checking my goodies when I got home, I found that I'd been given an extra pack of grenadiers, but am missing 2 packs of dragoon command and one pack of hussars. I've checked the credit card slip against the list I gave them and I was definitely charged for them, so have emailed to ask for them to be added to the items which were out of stock when they post them.

I also discovered that the hussars are in mirlitons rather than colpacks/busbies. I'll probably have to grab hussars in busby from another nation (half the Russian hussars were in busby, half in Mirliton).

While at the Essex stall Postie came up to say hello and we chatted for a while. He told me Ray and Fran were somewhere around.

A few minutes later I heard the dulcet tones of the Bromantics from behind me. We had a chat and discussed purchases for a while. Apparently the big fella is going to be moving to the Emerald Isle in the not-too distant future, so I've told them to make sure they invite me down to a Rejects game before he fecks off.

I did a bit more bimbling around looking at games and trade stands before deciding at 3pm to call it a day and head home. On the way out I picked up a green base cloth.