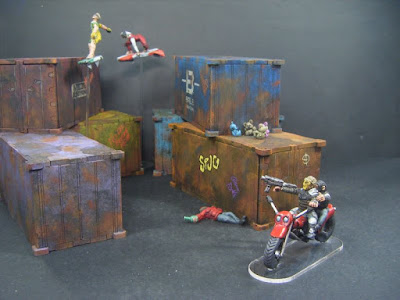 And they're finished! Just a few odd bits for Mega City One.

Agents from the planet p'Lus Hy meet in secret to coordinate their plans for planetary domination: 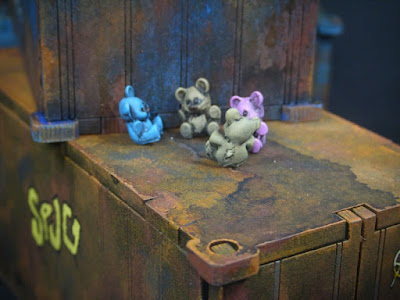 A citizen has had too much to drink: 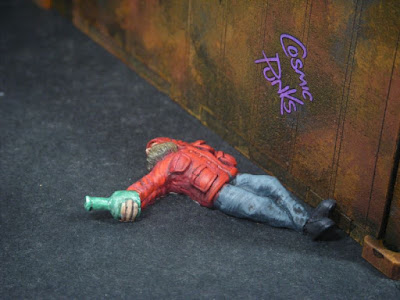 A ganger and his chimp on a bike: 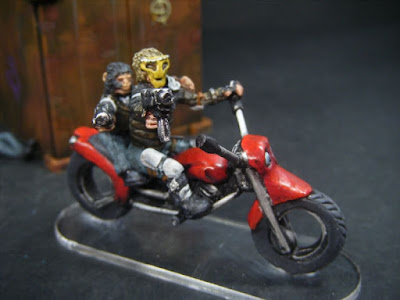 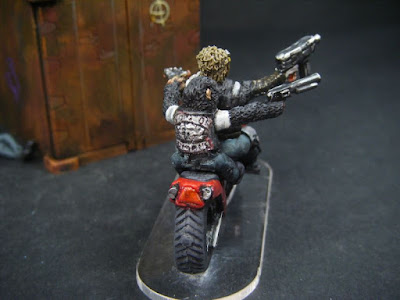 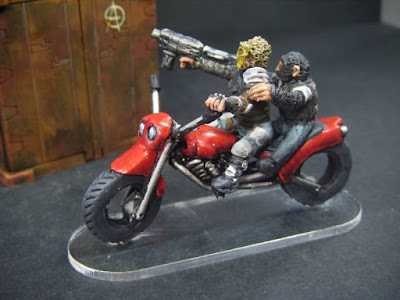 And two grav-board surfers having a friendly race: 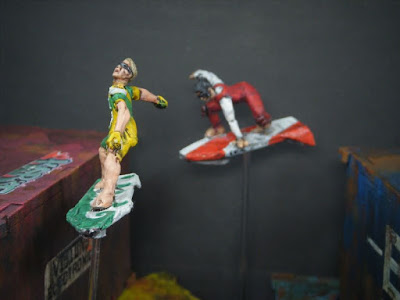 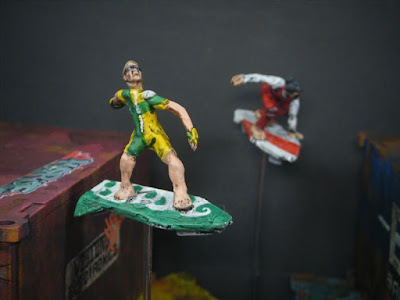 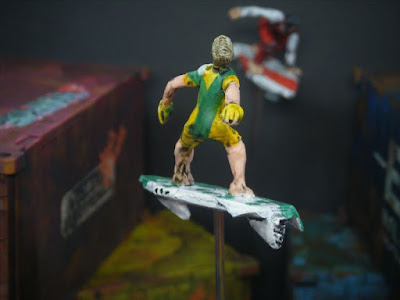 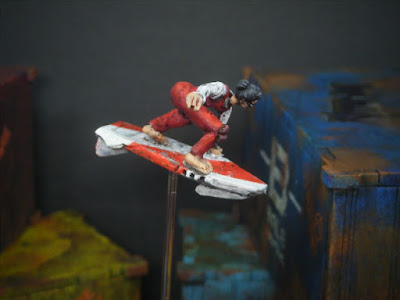 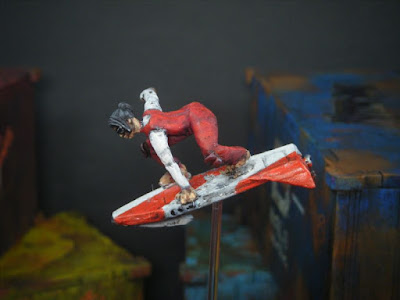 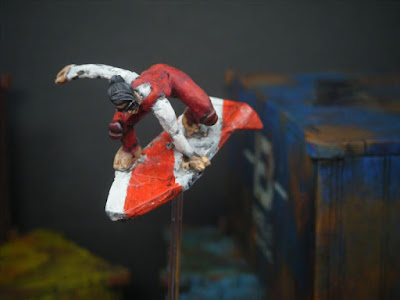 I've left the flight stands unglued so that I can use different heights. They will probably just act as scenery for games.

The teddy bears and the passed-out drunk are from TT Combat; the other figures are from Wargames Terrain Workshop. I did replace the heads of the surfers with ones from Anvil Industry (the original heads were too large and not very nice sculpts - sorry Dave!). I'm not keen on the resin they were cast in - it's very brittle and bits snapped easily. Some of the casting (especially on the underside of the boards) was a bit rough as well.