Well, that's what they look like right now! I primed the last of them this morning and they will be staying ghostly for a while yet. Just in case you disbelieve me, here are some pics: 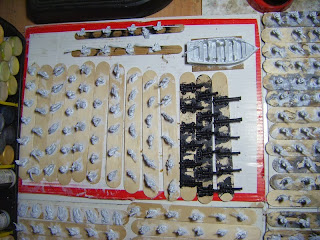 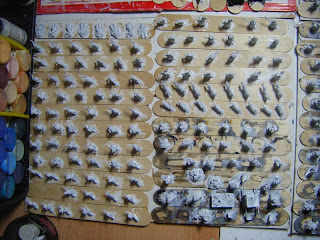 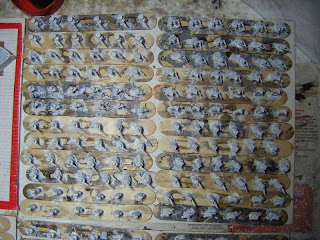 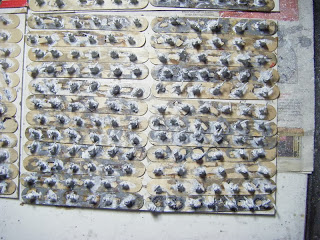 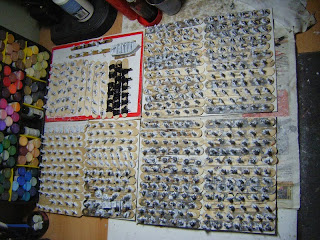 To be able to use my Koreans for FoG:R, I really needed to get myself some arquebusiers. I also needed a handful for a small (4 base) unit of light foot for FoG:AM. Unfortunately, they come in packs of 4 arquebusiers and 4 crossbowmen. I've already got plenty of crossbowmen (possibly more than I actually need) so this was going to be awkward.

However, I cheekily emailed Tony at East Riding Miniatures to ask if it would be possible to just get the arquebusiers. He responded very quickly to say that it was but there would be a small extra charge to cover the extra labour involved. No problem - I had expected that would be the case if he could do the splitting. I sent another email to detail how many I needed and he sent me a Paypal invoice.

I was most (pleasantly!) surprised the next morning when he emailed to say they had been cast, he was about to pack them and they'd be in the post that afternoon. The postman did try to deliver them the next day, but the pack was slightly too big to go through the letterbox, so I collected them yesterday.

So, a big thumbs up for East Riding Miniatures - fantastic customer service.