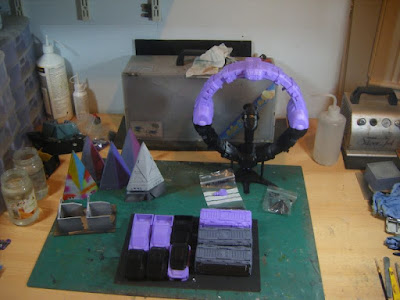 Apologies for the lack of posts recently. I haven't really had anything worth posting about until now.

Over the past few days I've been testing out priming, pre-shading and paint schemes for when I paint up my Type S Scout Courier. 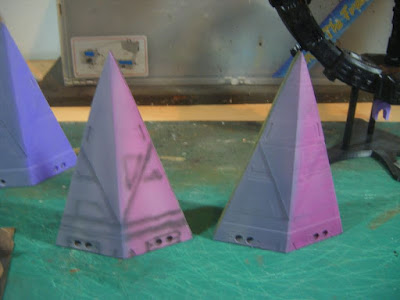 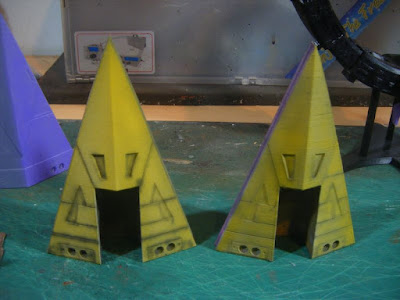 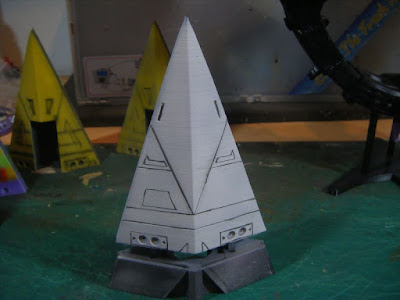 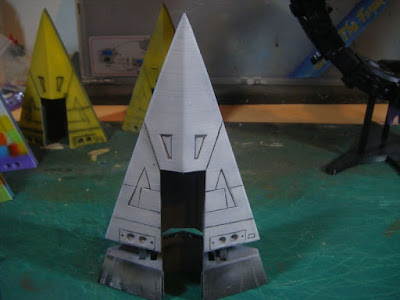 I primed a couple of other pieces that hadn't been sanded to test out different colours for the paint scheme: This was just to see how different colours work together. The brighter colours will be for accents/details; I think I'll go with one of the yellows as the main colour.
I've also done a zenithal prime on a couple of interior pieces to test out colour schemes: 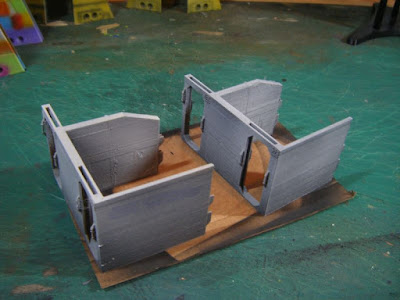 I went with a dark grey primer as the base rather than black as it should be less stark. It also shows up over the black plastic, which all the ship parts have been printed in.
3D Printing
I finally got around to printing the last of the 1:270 scale Traveller ships: 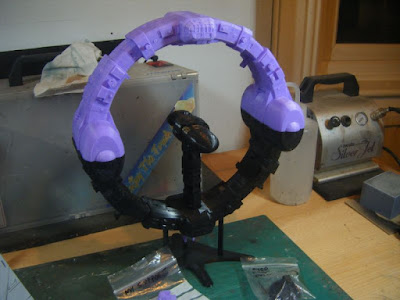 I had to reprint a few parts to replace ones which broker or didn't quite fit. I also had to switch filament spools as I didn't have enough of the black to do the top half. The little bags in front contain a radar dish and various antennae to add later on - I'll need to drill out the holes the antennae go in as they are too snug at the moment. All told, that took about four days to print. 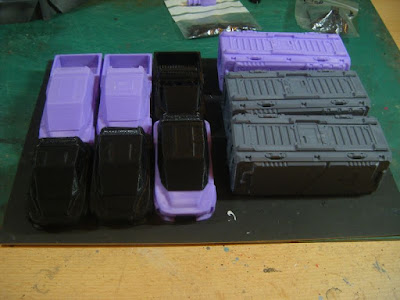 As well as the ship I've printed some more shipping containers (you can never have enough after all) and some air raft variants - the original 2-seater, a 4-seater coupe, a 4-seater saloon and three pick-ups (2-seater, coupe and saloon).
I decided to take advantage of the Black Friday deals on Amazon to stock up on filament, so I've got plenty to keep me going.
Posted by TamsinP at 21:26