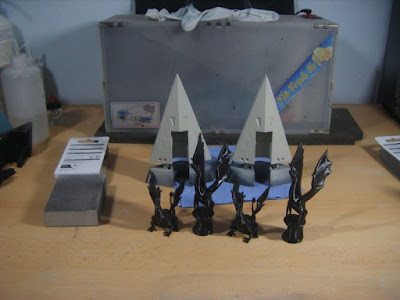 At the back of the photo above you can see what I'm currently working on: 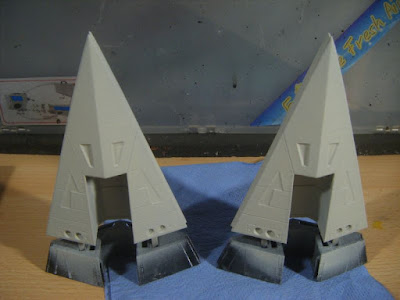 These are two ship parts which I'd run off while testing print speeds. After mishaps while applying the first round of spray putty, I printed the parts they are sitting on.

I'll be using these to test different priming and pre-shading methods. One will be black primer, followed  by dry-brushing; the other will be light grey primer, heavy black wash, then dry-brushing.

After doing several more tests, I've finally worked out why I was getting such bad stringing. It was a result of the lower ambient temperature and/or higher humidity. I've been able to resolve it by placing the in-use spool in my filament dryer and running it directly from there to the printer: 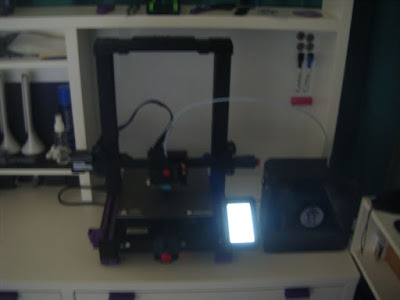 There are only two potential issues with running it like this:

1. It's not possible with this dryer to see how much filament is left on the spool

2. Whilst it's being used for the in-use spool, you can't dry the next spool

Anyway, here are a couple of  "before and after" comparison prints: 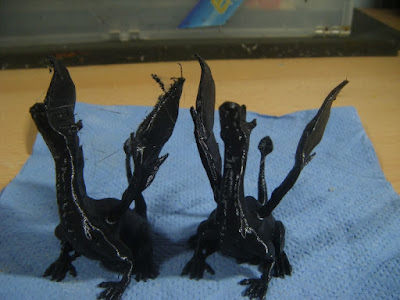 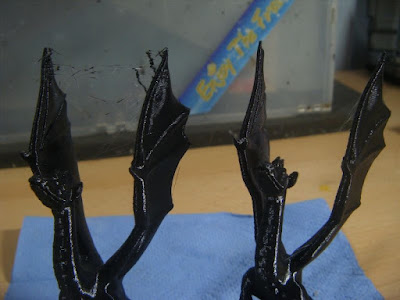 With that issue finally solved, I've started printing the last of the 1:270 scale Traveller ships. I'd left it until last as it's huge and will take a few days to print. I suspect that I'll have to switch spools as I've used so much of the black trying to sort out the stringing. As I've got a few other bits that I want to print in black, I'll probably do those before  do the main body sections.