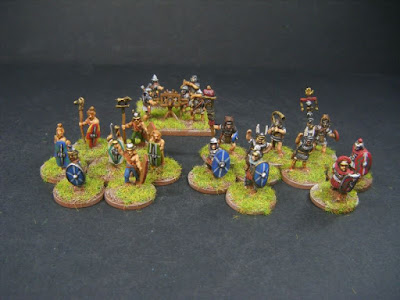 I did mean to post these yesterday - you'll find out why I didn't later on.
As you can see, I have finally finished these foot leader figures for my Roman and German forces for "Infamy, Infamy!".
German Leaders and Characters 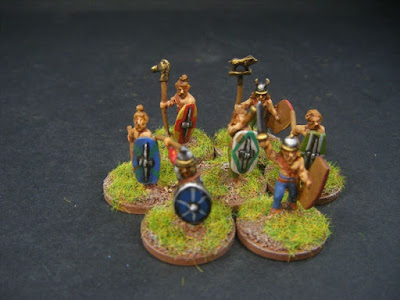 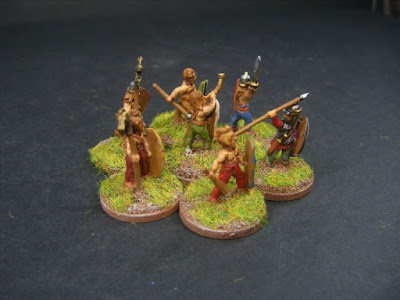 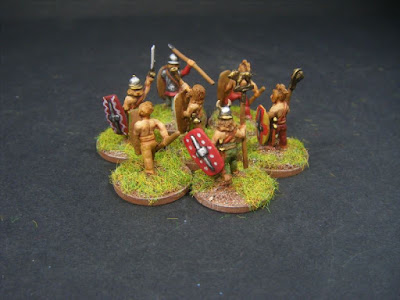 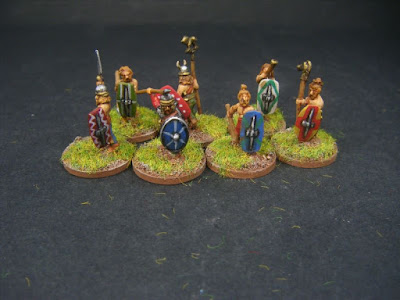 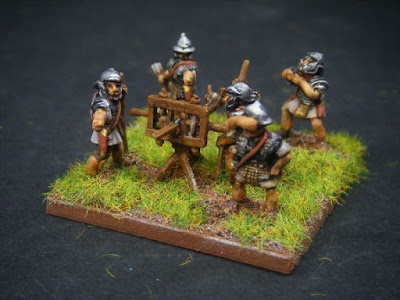 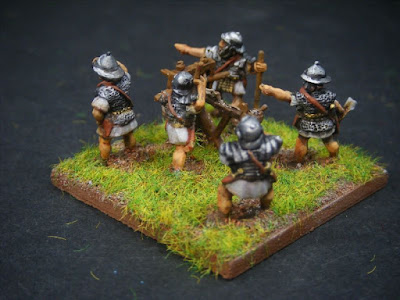 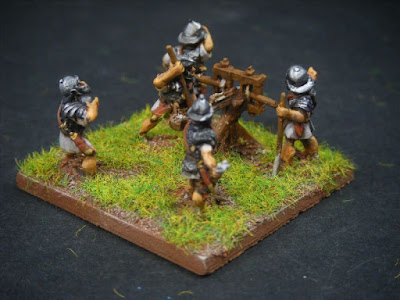 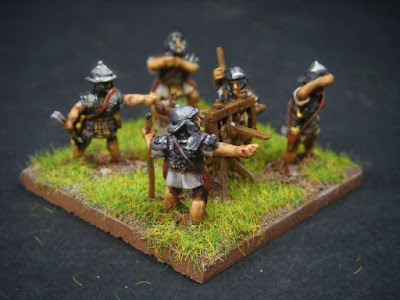 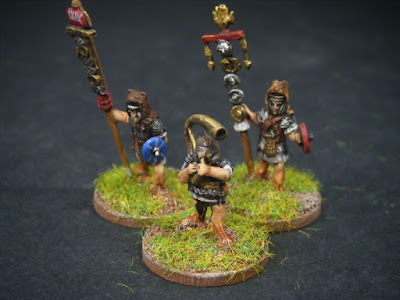 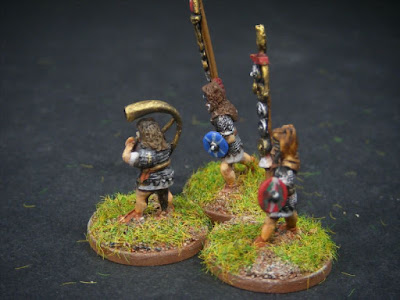 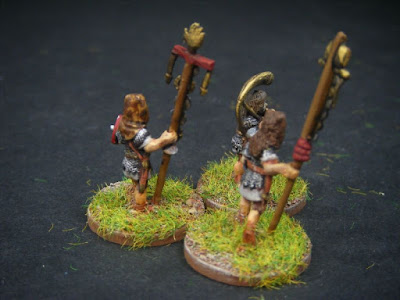 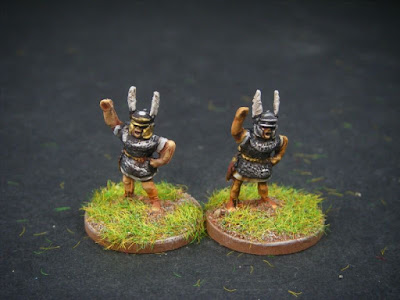 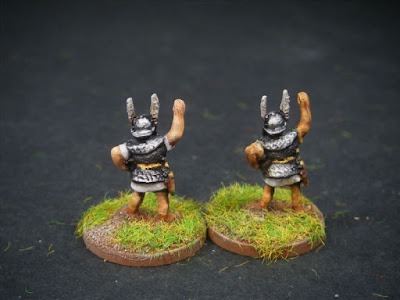 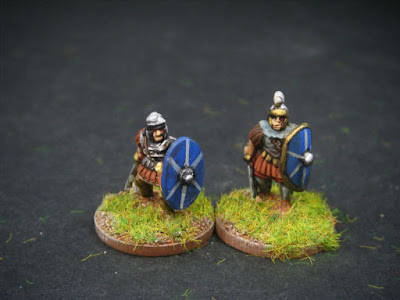 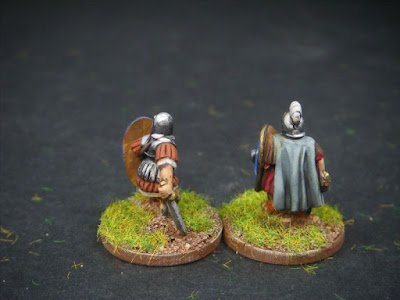 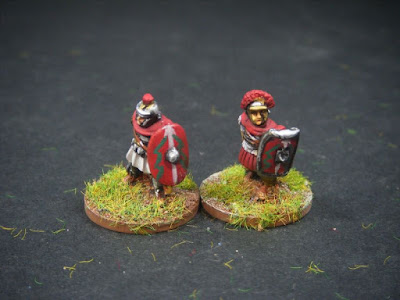 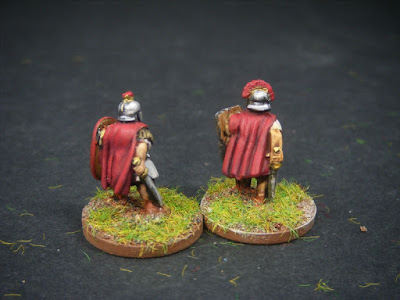 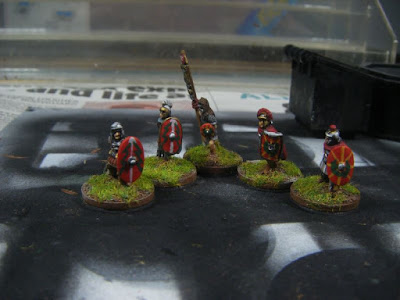 All these figures were 15mm from Donnington Miniatures.
Posted by TamsinP at 22:09