You will be glad to hear that I managed not to be overcome by all of yesterday's shininess and did manage to get some painting done. Quite a bit in fact.

All the horses bar two had their points painted. The two that didn't were a dark grey which got dappled and a light grey which was lightened further to become a white. They then all got an ink shading wash. Once that was dry, I did the white markings on faces and legs.

At this point I broke slightly from the plan and rather than doing all the horse tack before splitting out into smaller groups, I did the split at this point. Here's a quick pic of the cuirassiers and dragoons/horse grenadiers* at this stage: 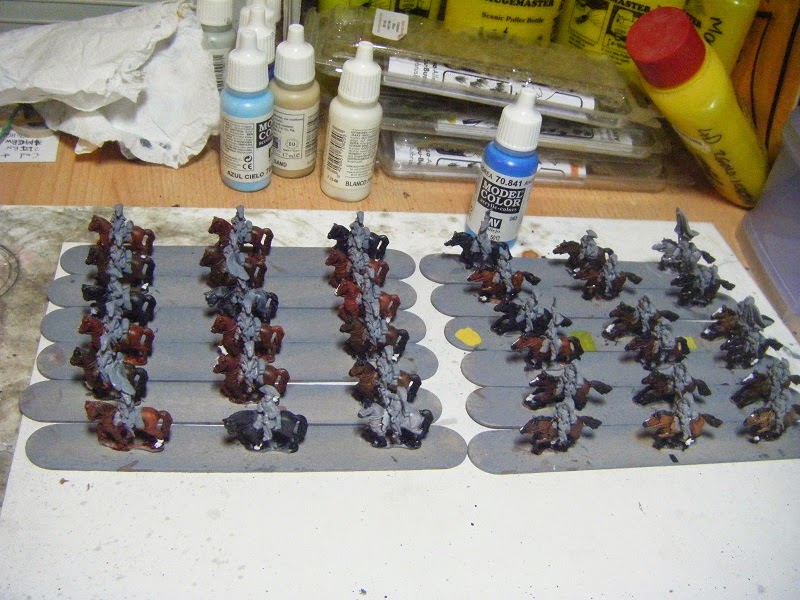 Having done the split, I started work on the hussars. I only managed a little bit of work on them last night, just an undercoat for items which will be white (Sky Grey) or yellow (Yellow Ochre). 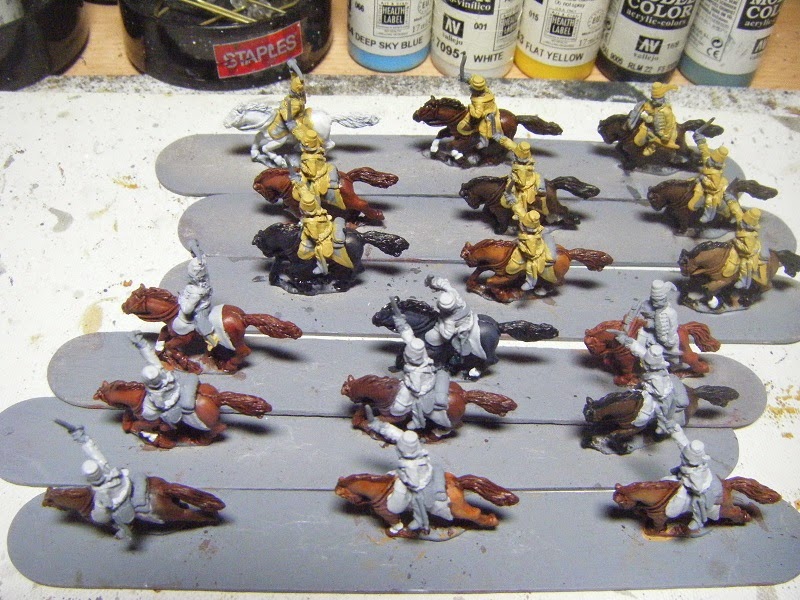 Those of you who know the Russian army of the era can probably guess which two hussar regiments these will be.

I will crack on with these today and see how far I get with them. If there's a fair wind behind me, I might even manage to finish painting them, which will just leave varnishing and basing to do over the next few evenings.

* I still haven't decided whether to paint these as dragoons, horse grenadiers or do one of each.
Posted by TamsinP at 11:32