As curt posted my second entry last night, I can now post the pics here so that those who aren't following the Challenge can have a chance to see them in all their glory. I won't post all the pics; if you want to see some more, you can see them on the Challenge blog.

This was a bit of a points bomb, and netted me 195 points (Curt gave me some bonus points for the hand-painted standards). 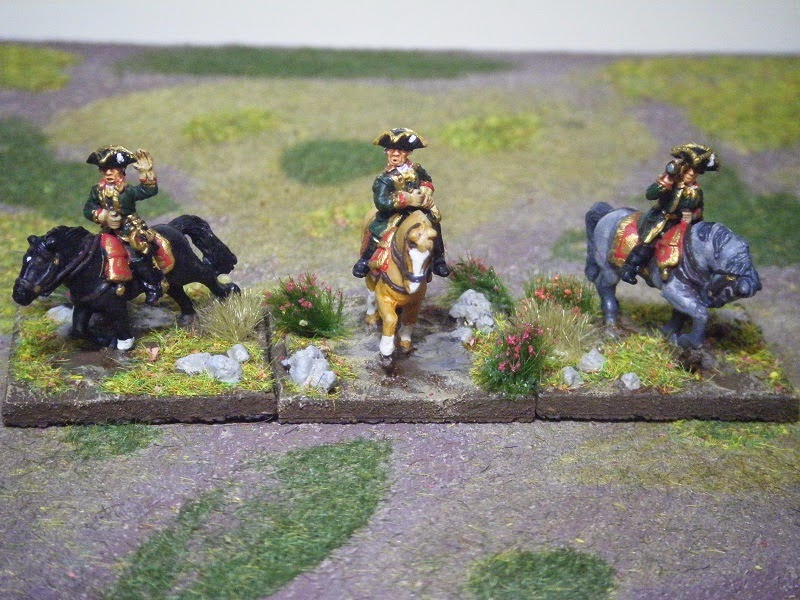 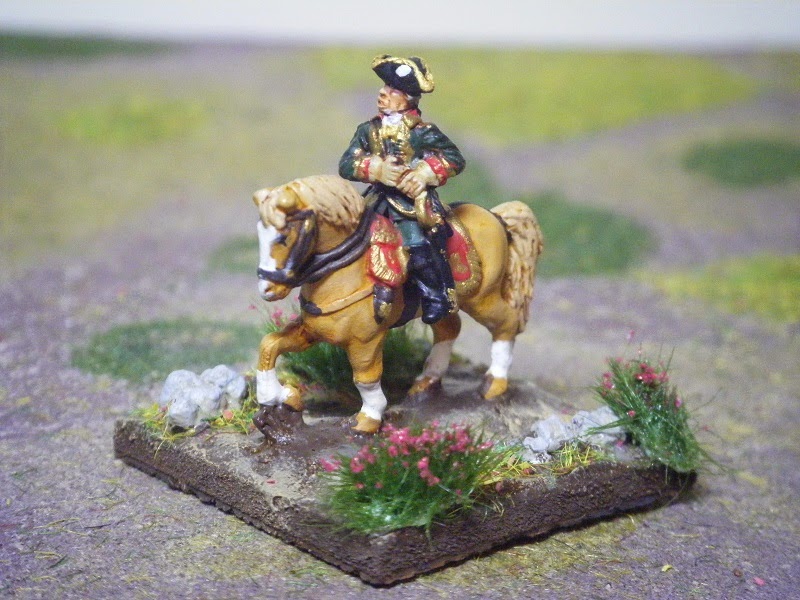 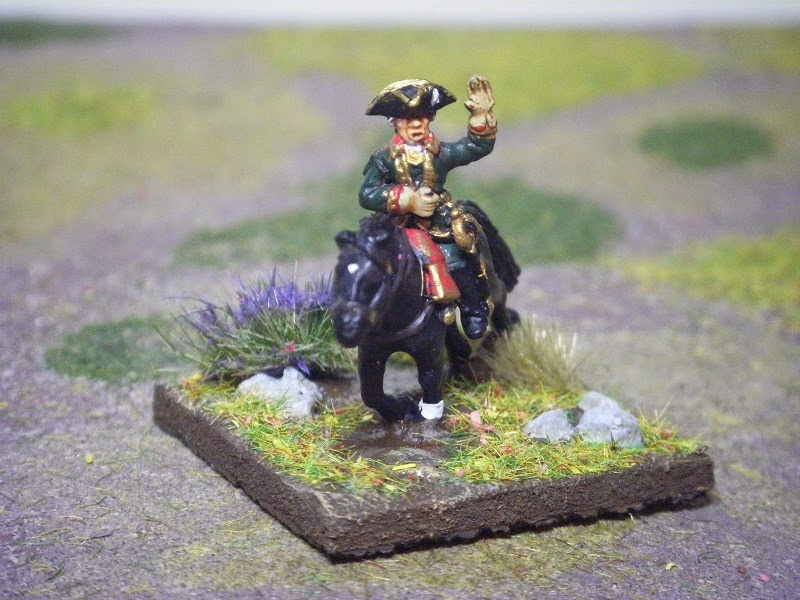 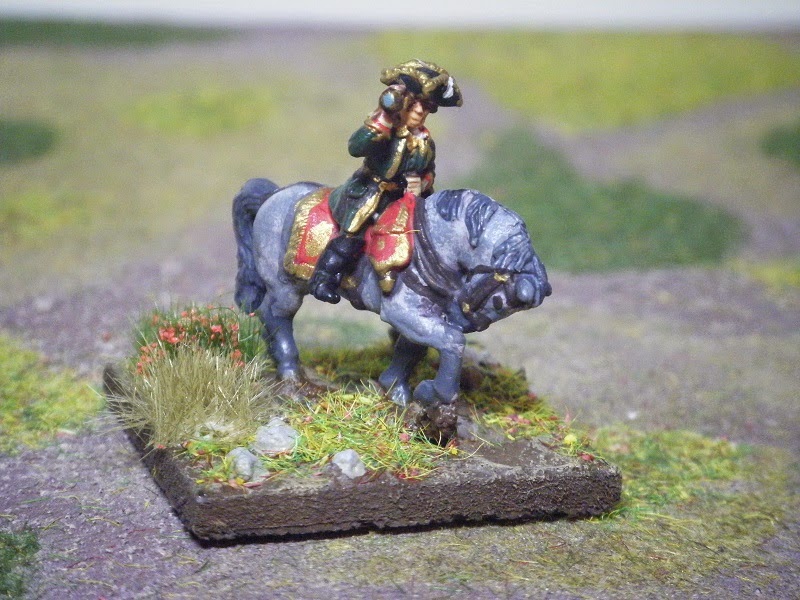 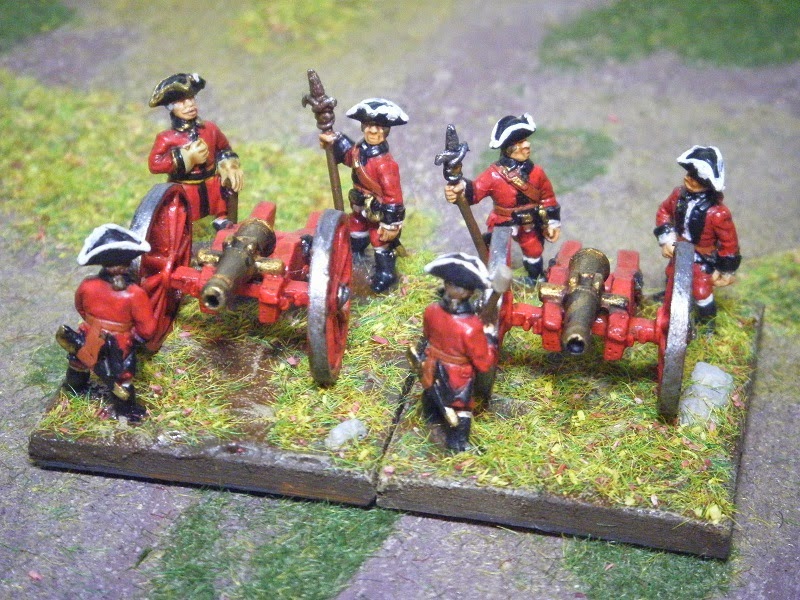 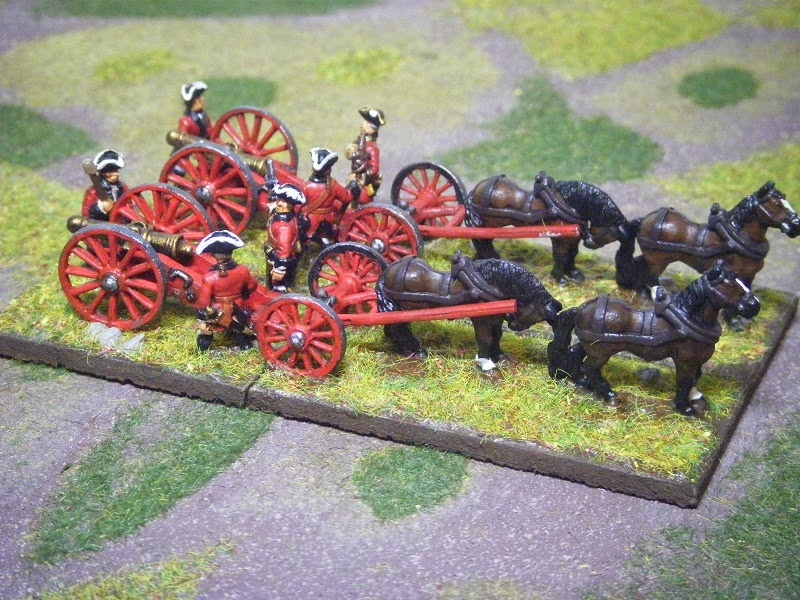 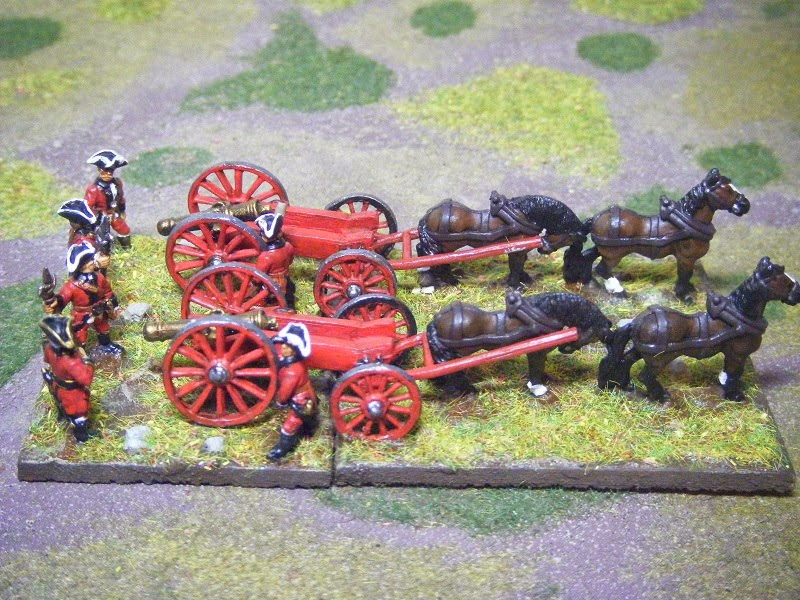 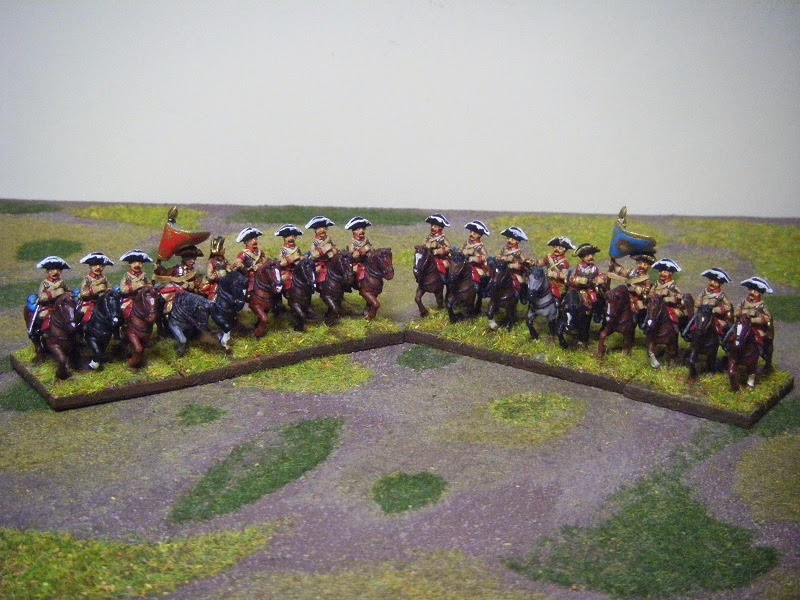 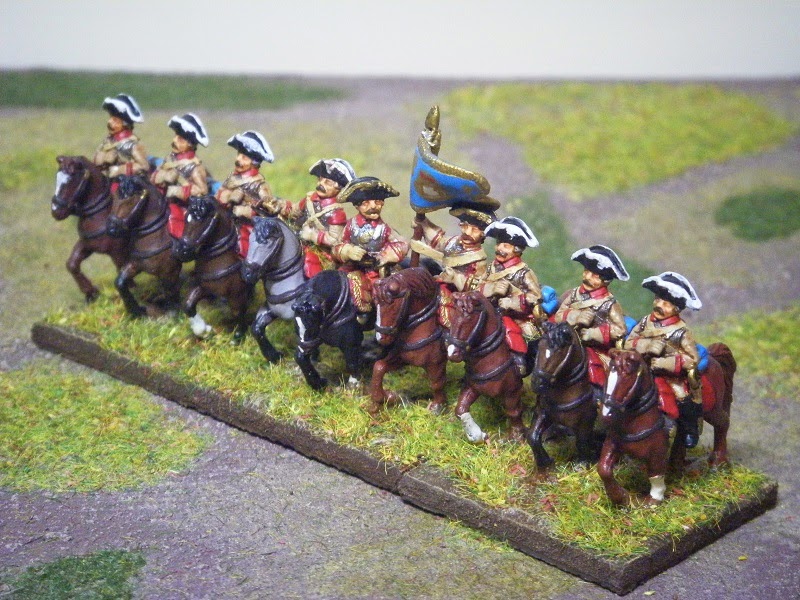 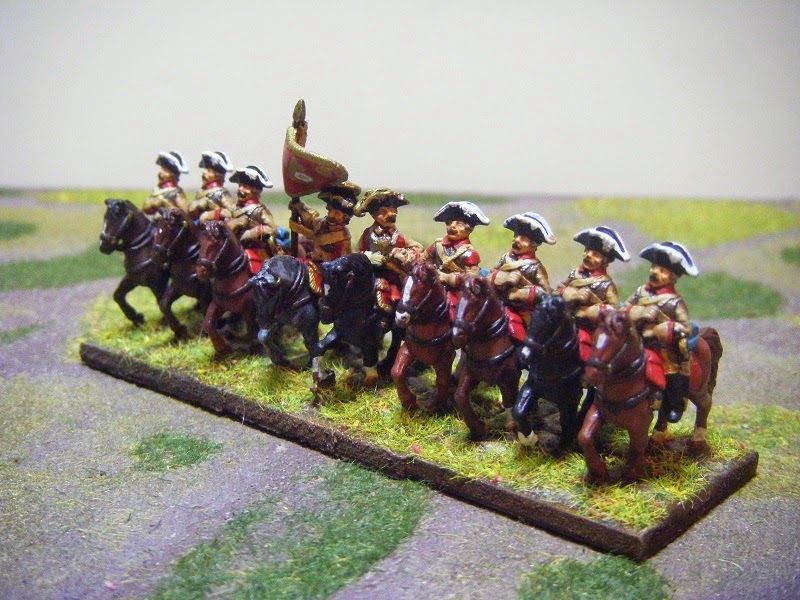 The Dragoons and Horse Grenadiers 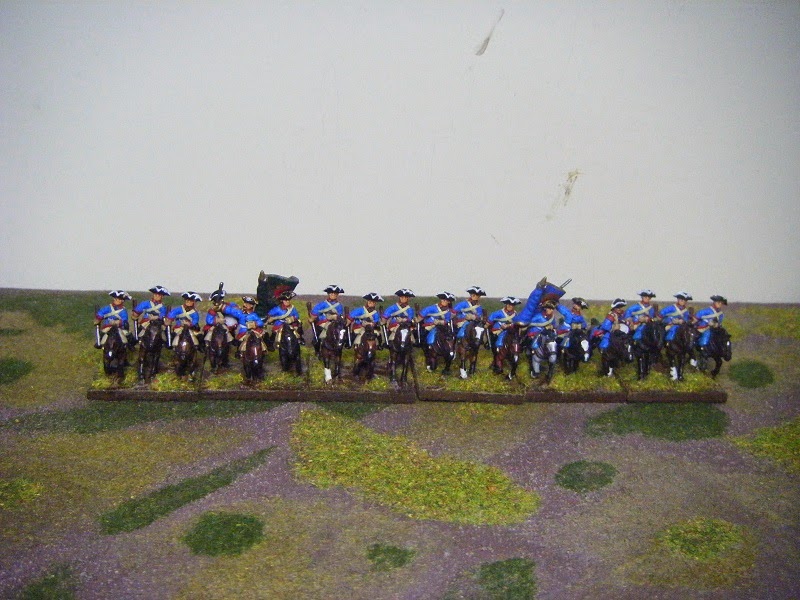 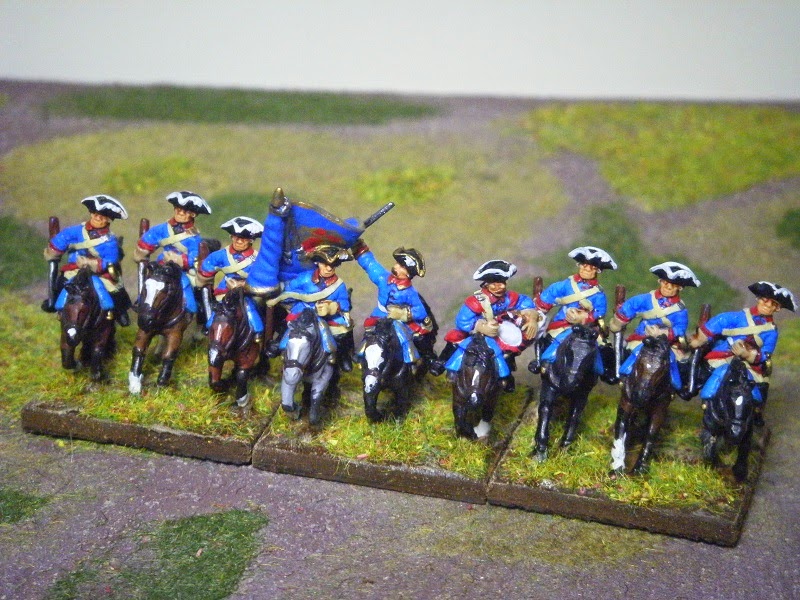 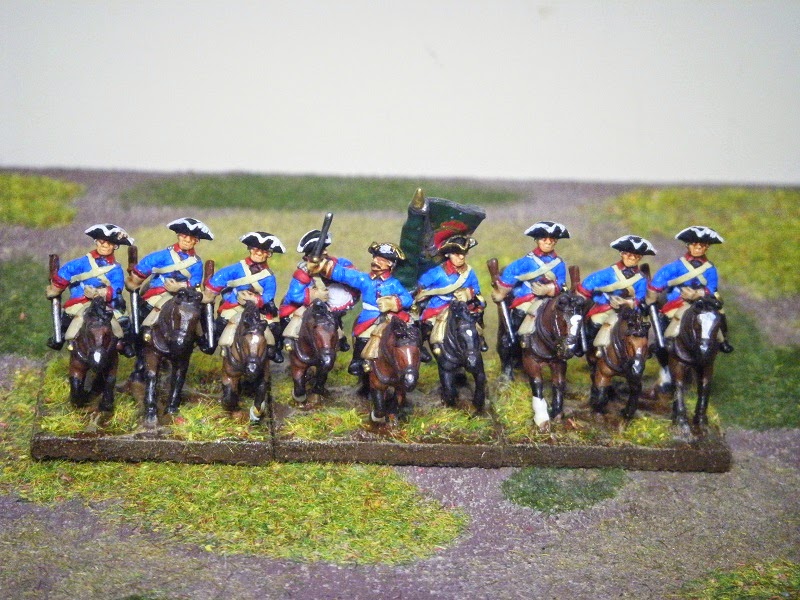 I'm rather pleased with how they've come out and everybody on the Challenge blog seems to love them. It's hard to believe that these and the hussars took me just a smidgeon over two weeks to paint up.

This means that the cavalry wing, the artillery and the commanders for my starter army are now complete, leaving me with two regiments of grenadiers and six of musketeers to paint up. Later next year I'll be adding to the army, once I've got a few games under my belt. there will definitely be more cuirassiers, more hussars (Huzzah!), more artillery and infantry. Oh, and some Cossacks; a Russian army has to have Cossacks!


I did submit the Space Demons last night, but Curt hasn't posted them yet. I'm hoping he'll post them tonight or tomorrow, otherwise I suspect they'll be queued for posting next Saturday.

I'm currently sitting in 5th place on 267 points; with the Space Demon entry I'd probably be up in 3rd place. For a brief while - there are several people who will overtake me during the week.
Posted by TamsinP at 20:00