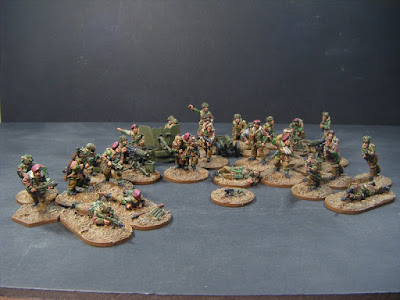 I got the varnishing done on these this morning, so I can declare the second batch of British paras complete (apart from the basing, which will be done when the third batch are finished). This batch contains various support weapons and some Jump Off Point markers. 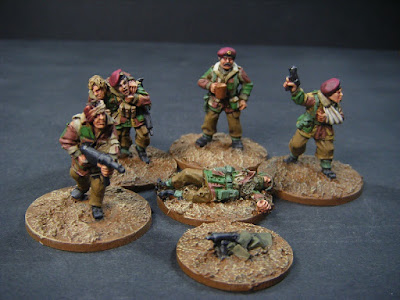 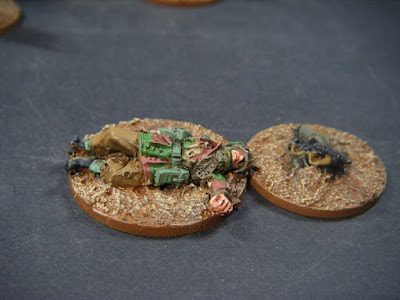 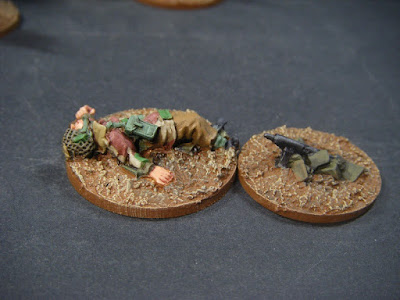 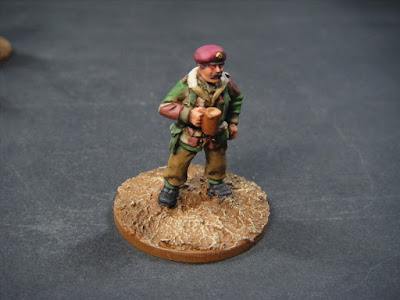 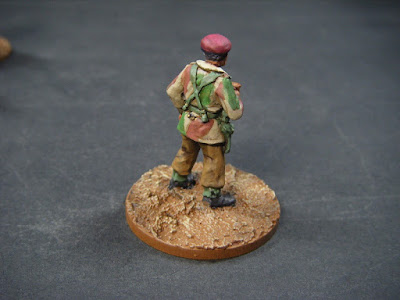 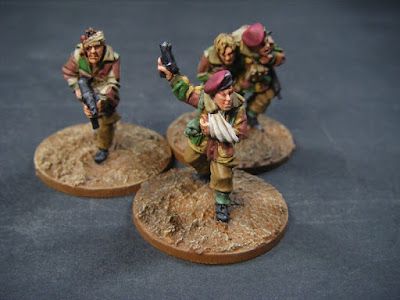 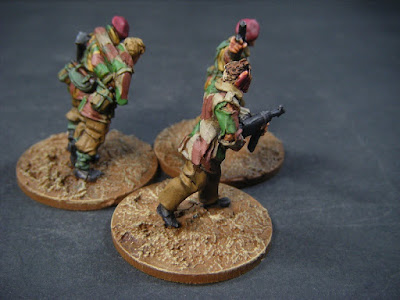 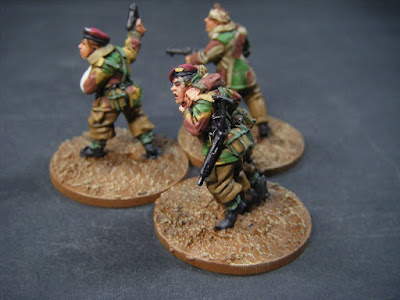 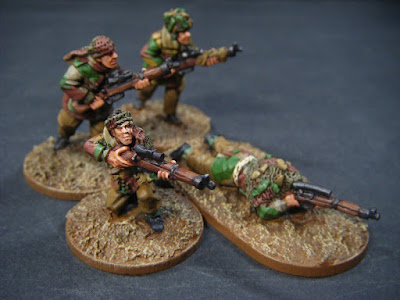 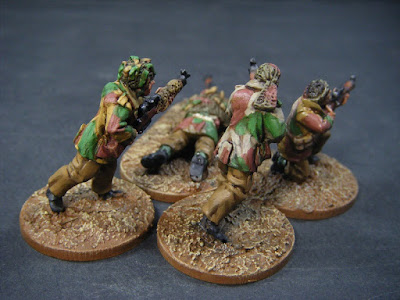 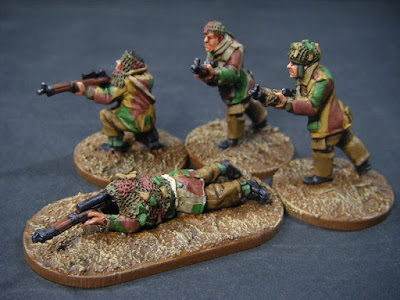 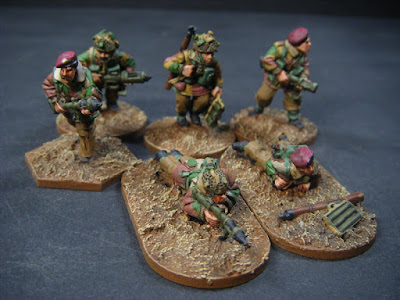 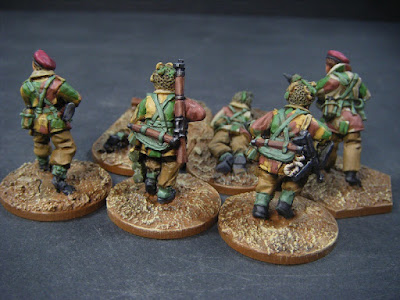 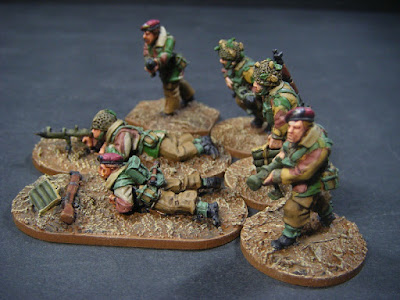 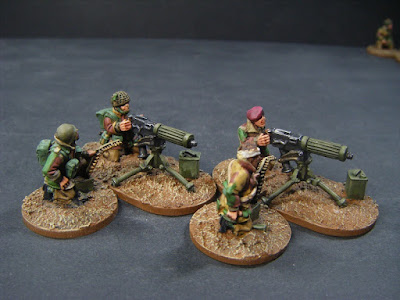 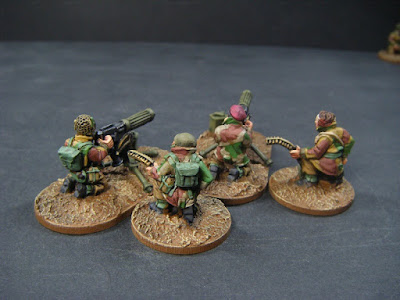 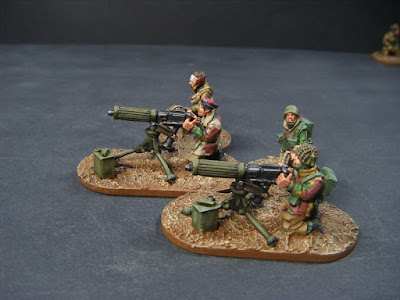 I'm going to be rebasing these on 50mm round bases so that the loader is actually feeding the gun! 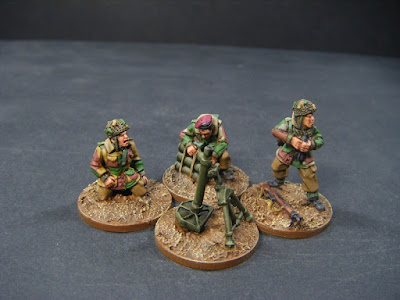 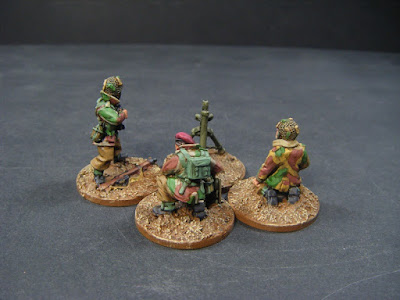 I'm also going to rebase the mortar and the chap with the mortar bomb onto a single base. 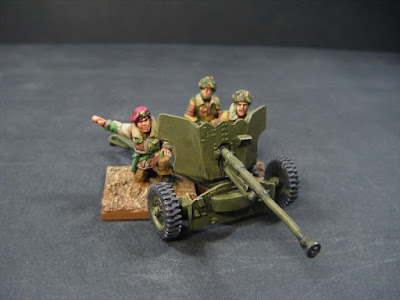 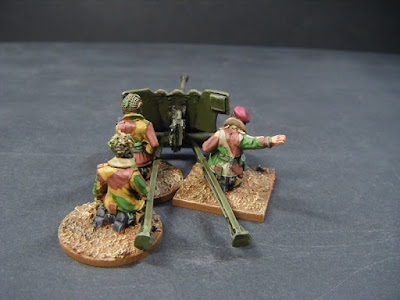 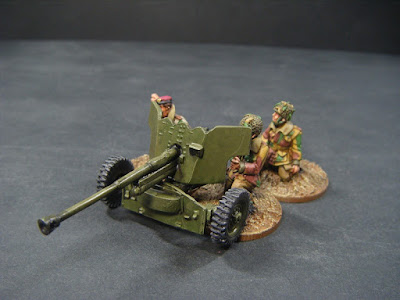 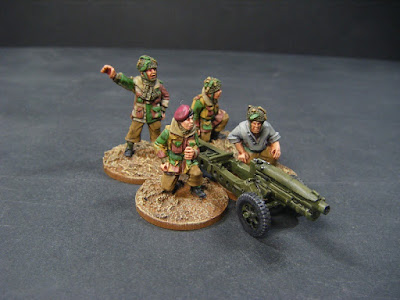 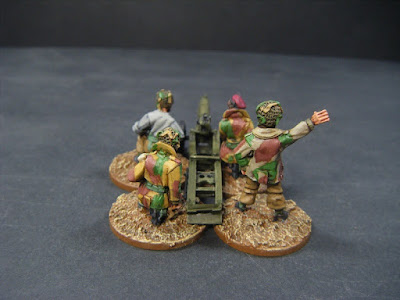 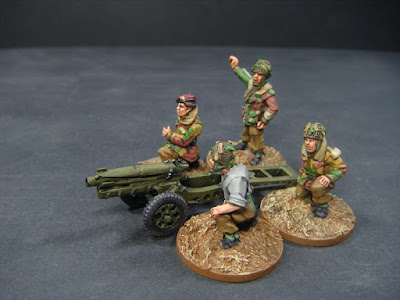 
The figures here are mostly Artizan, with some Crusader (the General) and Foundry (one sniper, one PIAT gunner, one PIAT loader). Two of the Artizan snipers are from a NW Europe Commandos pack.