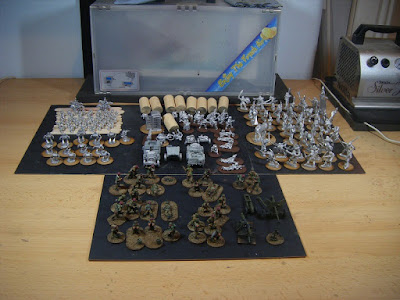 Progress has been grindingly slow over the past few days as this lurgy keeps coming and going. I've also had to spend a fair bit of time visiting various pharmacies to see if they are able to get hold of one of my prescriptions - without joy as it seems that none of the suppliers have any in stock for them to order in. I'm currently waiting for my GP to get in touch about amending my prescription; hopefully they won't take too long as I'll be running out in less than two weeks.

However, I was able to combine my search with a bit of shopping and found these chaps in Poundland: 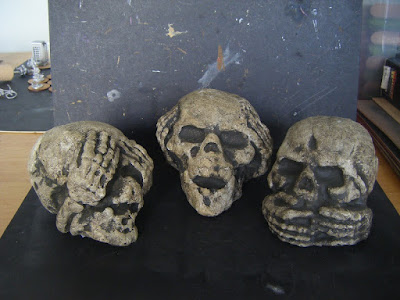 They should make some useful terrain for fantasy or pirate games.

But back to the workbench!

I've finally finished painting the support weapons for my Paras; I'll be doing the varnishing tomorrow and gluing the Vickers MMGs onto the gunners' bases: 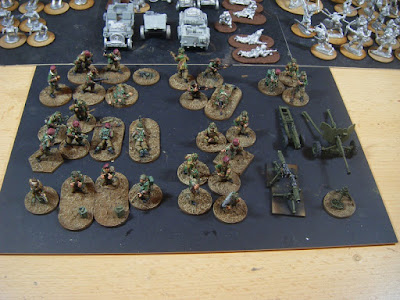 I've also textured the bases of the Foundry Paras I had bought at SELWG, assembled the hand carts, added some extra details to the jeeps and trailer and a 2" mortar to one of the paras: 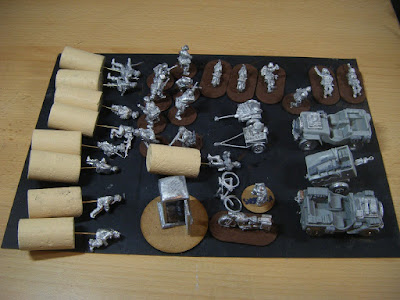 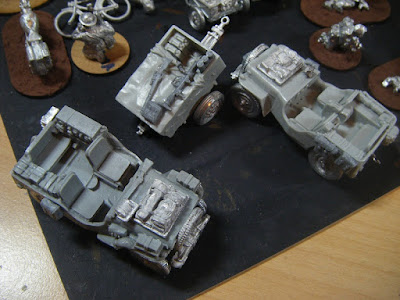 Here's a slightly better look at the dragoons, lizardmen and combat droids: 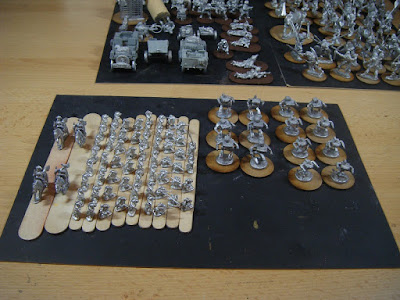 I've also finished prepping the barbarian horde. The infantry and one mount have been glued onto bases: 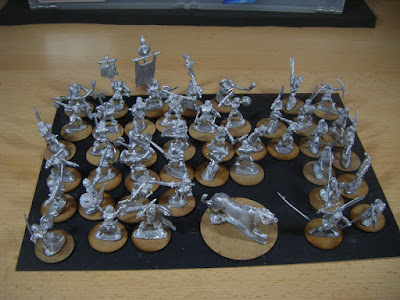 A couple of the infantry needed pinning. The cavalry are also prepped, but I need to order some 60x30mm oval bases for them as they are slightly too big to go on 50x25mm ones. I've also ordered a few more figures to make up the units to the correct numbers for Dragon Rampant - I should end up with plenty of options for games.

As I have the spray booth out to do the varnishing tomorrow, I'll probably leave it up afterwards and get  all of these primed.