Having primed all of the resin stuff that I showed you on Sunday, I decided to get a few quick MDF bits finished. I started off with some pavements sections from TT Combat: 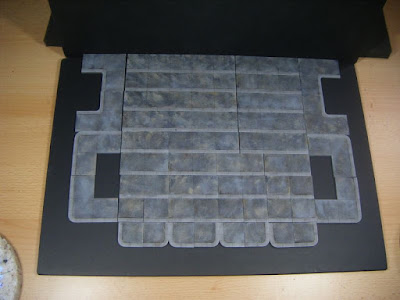 A single set includes enough sections and corners to make up just over 9 foot of pavement. 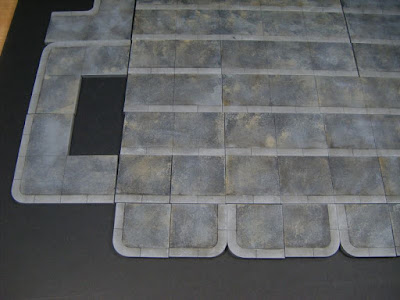 I might be getting another set at some point, which may get painted "cleaner". 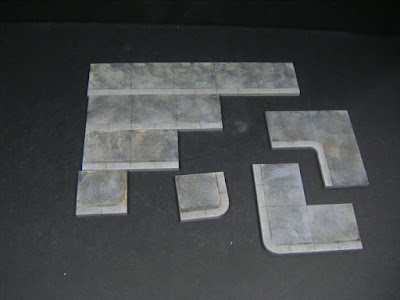 Having done one set of pavements I decided to paint up another set, this time from Warbases: 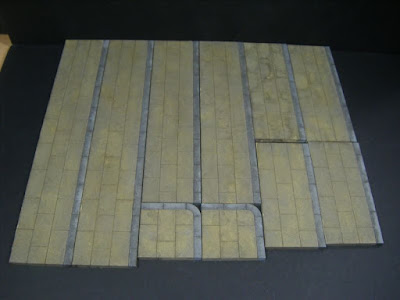 And some of their ladders: 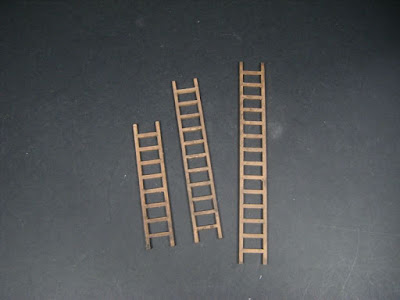 About a year ago I posted a girder bridge that I'd started working on. It's been sitting on the side since then, so I decided that it was time to finish it off. 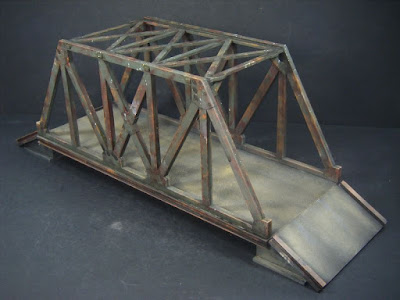 A bit of rusting, some washes, some drybrushing, some more washes some more drybrushing and finally a dusting of light brown through the airbrush and it was done. Until I decided to add some bird droppings using the "bristle flick" method. 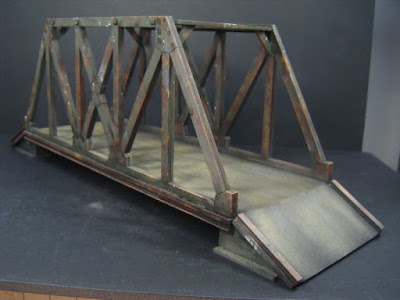 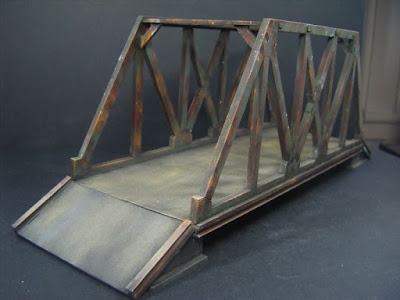 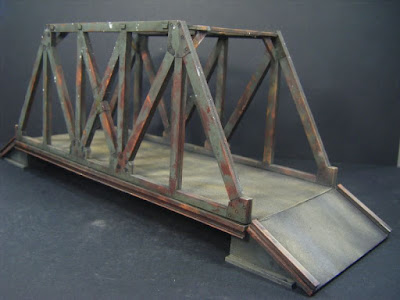 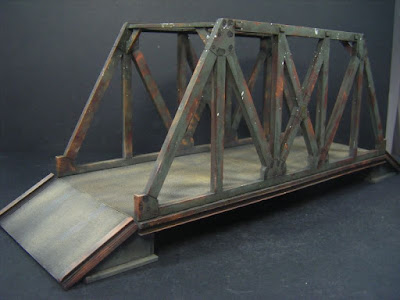 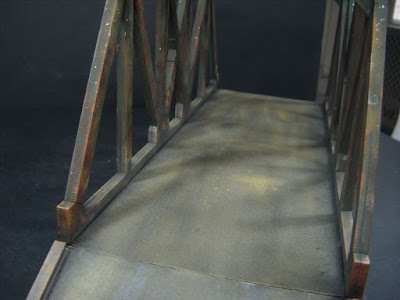 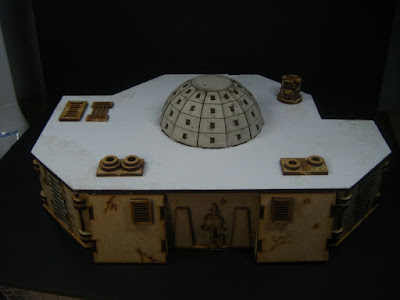 I've covered the top piece with card to cover some holes - I seem to have mislaid about half of the "lip" sections which would have slotted into the holes.
Posted by TamsinP at 17:40