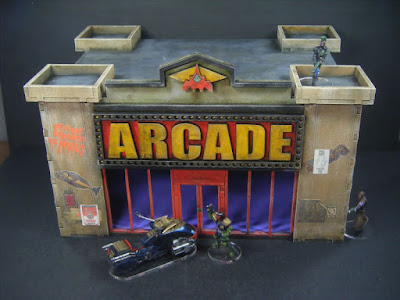 It's taken a little bit longer than anticipated to finish this (mainly because I had forgotten that the layered approached to adding posters, graffiti and weathering takes quite a bit of additional time), but it is done. As you can see from the photo, it's quite a large building. 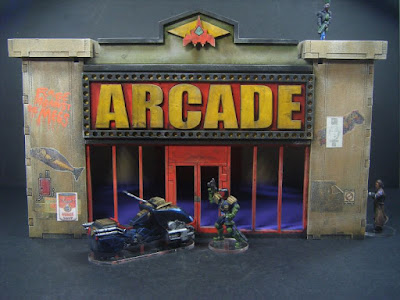 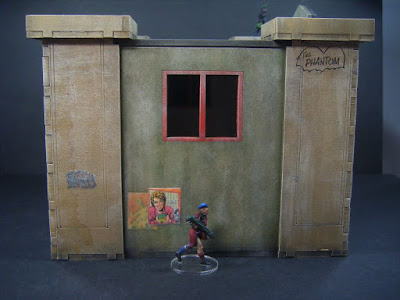 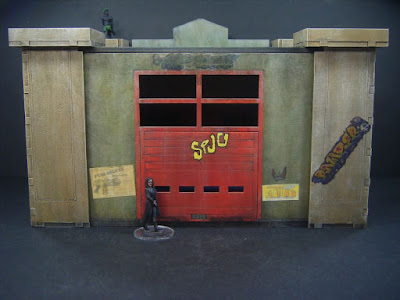 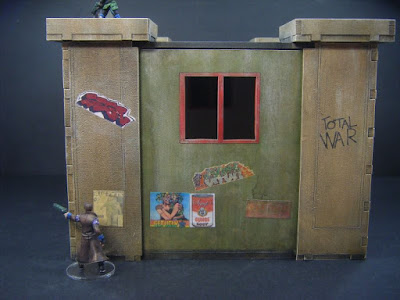 A couple of the graffiti decals I used were the ones I had printed on white decal paper (but weren't the ones I had more carefully scored around to minimise the white around the edges.

I've just realised that I forgot to take a photo of the interior at the end. I did take a couple after assembly though: 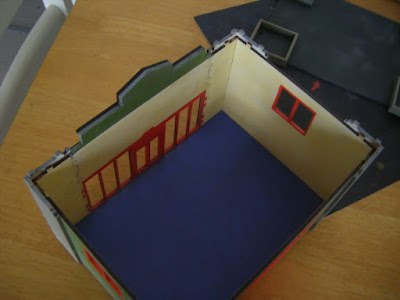 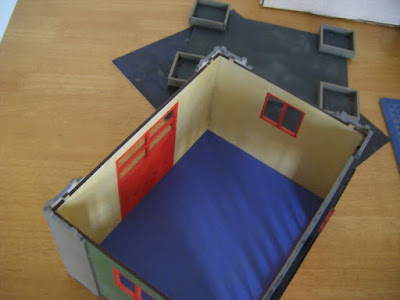 The kit comes with three MDF arcade game machines, which I have assembled and primed: 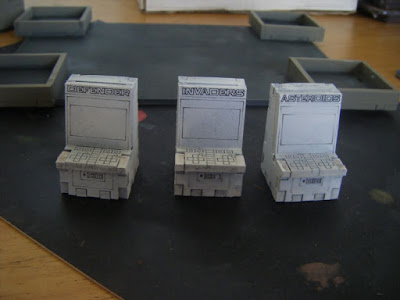 I'll get them painted up in the next few days. They will be a stop-gap until I can get some 3D printed ones (I have the files, just need to get them printed by someone).


I also added one of the white-backed decals to one of the darker shipping containers from a few eeks back, to see how they look: 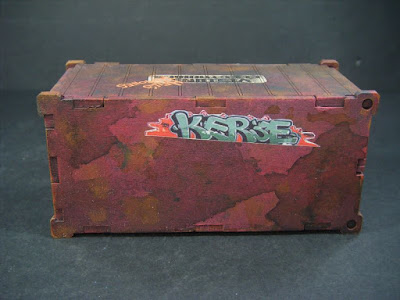 They definitely work much better than the ones done on clear decal paper (which end up rather muted). I think I will use them for "fresh" graffiti and the ones I had printed on clear paper for older stuff.